As the nation and the world are still beginning to grapple with the horrifying reality of three mass shootings hitting America in the space of one week, and two of those mass shooting attacks being revealed as terrorist attacks targeting Latinx Americans, a small crowd of about 17 Nevadans gathered outside the federal building that houses the Las Vegas ICE office to commemorate those lives lost in the El Paso attack… And demand an end to the hatred that’s fueling so much of this violence.

As we’ve been pointing out this week, this is nothing new. Back when Cliven Bundy launched his “Range War” against the federal government in April 2014, he amassed an army of white nationalists to join his family in pointing guns at federal agents. Even before Bundy wreaked all this havoc upon Bunkerville and Mesquite, figures like Barbara Coe, Jim Gilchrist, and Shawna Forde were spreading their toxic gospel of hate.

Since then, we’ve seen a series of terrorist attacks, from Jerad and Amanda Miller launching their bloody “revolution” of assassinations here in Las Vegas in June 2014 to the attack of the Tree of Life Synagogue in Pittsburgh in October 2018 to the attacks on Gilroy (California) in July 2019 and El Paso in August 2019. It’s becoming clearer why they’re happening, yet President Donald Trump refuses to stop fueling this violence. Instead, he continues fomenting this hatred, and communities like ours are left to pick up the pieces.

So last night, 17 immigrant rights activists braved the stormy weather outside to begin picking up the pieces. As they carried signs with messages like “More Love, Less Hate” and “No More Innocent Blood”, they also expressed hope that they’re not alone in demanding less hate in our lives. I subsequently spoke with two of these activists about why they came and why they still hope for a better future for their families and this country.

“We don’t have to be afraid. I think that we have the power to change people’s hearts by showing them who we are. That’s what we’re trying to do.”

Frances Garcia works with Arriba Las Vegas Worker’s Center and National TPS Alliance. When she spoke with me last night, she acknowledged that loved ones fear for her safety. But for Garcia, she wants the entire community to eventually make it to a new reality where they don’t have to constantly fear for their safety: “We don’t have to be afraid. I think that we have the power to change people’s hearts by showing them who we are. That’s what we’re trying to do.”

And yet, she also noted that her own daughter was recently threatened: “The other day, I was in the store, and somebody told my daughter she deserves to die because she’s Mexican. It pissed me off, and it breaks my heart to think that if my daughter’s alone, someone can hurt her.” Garcia continued, “She’s an American citizen. Even if she’s not, she’s a human. She doesn’t deserve to be treated this way.”

Nevertheless, Garcia persists. While she and her family continue to experience this kind of bigotry firsthand, she refuses to succumb to their threats. Instead, she wants Nevada and the nation to see the reality of immigrant communities, not the bigoted fever dreams Trump wants the nation to believe.

“We understand already that nobody can do the fight better than we can. We are their target, so we are the ones who must make these people understand that this hate is not going to take over,” Garcia stated. She continued, “Maybe you hate someone who you don’t even know, just because someone tells you something that’s not even true.”

“We’re not here to take anything away. What does it cost you to give us citizenship and a work permit? It doesn’t cost you anything because, honestly, it costs us. It costs us blood, tears, money, and fears.”

I also spoke with Yesenia Moya Garay. She has a fairly unique perspective here. As she explains it, “I’m from a mixed-status family. I became a citizen in 2016. I felt my community attacked. I felt the strong language that was used.”

And now, with Trump in the White House, it’s not just “strong language”: “My sister is going through deportation proceedings. My mother is trying to get her [permanent legal] status. My other sister just got her [permanent legal] residency.” Garay continued, “The thing is, every day we fear. Every time we go to court, we get a reprieve. We either get two months or six months more with my sister, and she either gets two more weeks or three more weeks with her sons.”

And when Trump and his fans yell about them “going back to where they came from,” Garay explained why they have no clue what they’re talking about: “My sisters and I were brought here very young, in circumstances that were very much out of our control. My sister does not deserve to be deported to a country she does not know. She knows the language, but she doesn’t know. We don’t have family there.” She then insisted, “Her sons deserve to have her here, because they can’t go over there. There’s no way. She’s queer. It wouldn’t work. It just would not work.”

And ultimately, she wants everyone else to recognize the sacrifices her mother made to give them a better life. As Garay explained, “What I want everyone to understand is to humanize us and understand that we’re people, too. We’re not here to take anything away. What does it cost you to give us citizenship and a work permit? It doesn’t cost you anything because, honestly, it costs us. It costs us blood, tears, money, and fears.” She then brought it back to the crisis we’re experiencing now as she pointed out, “Even though I’m a citizen now, I’m still afraid they’re going to walk through that door and tell me I’m not a citizen any more, just like they told that 14-year-old boy at the border who is a U.S. citizen.”

Can love trump hate? That’s for us to decide.

Lost amidst the headlines from Gilroy, El Paso, and Dayton is this good news for Adriana Arellano Cruz, the Las Vegas mother who was apprehended by ICE agents while Trump was threatening massive deportation raids in ten major urban regions. She was finally released on bail yesterday, though she likely still faces additional hurdles in immigration court. And lost amidst the recent headlines from Gilroy, El Paso, and Dayton is news of larger ICE raids targeting other immigrants in similar circumstances in places like Mississippi.

Still, her entire ordeal thus far has so many in Nevada and elsewhere asking: Why did the federal government spend so much money and time arresting and detaining Adriana Arellano Cruz in the first place? And really, why did the White House decide to prioritize arrests of immigrants like Cruz while refusing to take the threat of white nationalist terrorism more seriously?

It remains to be seen if Congress will move forward in impeaching Trump for the continually growing list of high crimes and misdemeanors that can be traced back to him, or even if the Republican-controlled Senate will finally take up the gun violence prevention legislation passed by the Democratic-run House earlier this year, or if Senate leaders will work with House leaders on the kind of humane immigration policies that once had bipartisan support before Trump’s rise to power. It remains to be seen if elected officials in Washington, D.C., will change anything after these terrorist attacks struck right at the heart of civic life in this nation, but it’s becoming increasingly obvious to so many Americans beyond Capitol Hill what can and must change in order for America to survive.

Immigrant communities in Nevada and elsewhere already felt the pressure before last weekend, but now it’s even more intense. And yet, Nevadans like Frances Garcia and Yesenia Moya Garay still have hope for a better America. Maybe, just maybe, is there still reason for the rest of us to hope? And maybe, just maybe, can we find a way past this hatred and towards becoming a more peaceful and civil society? 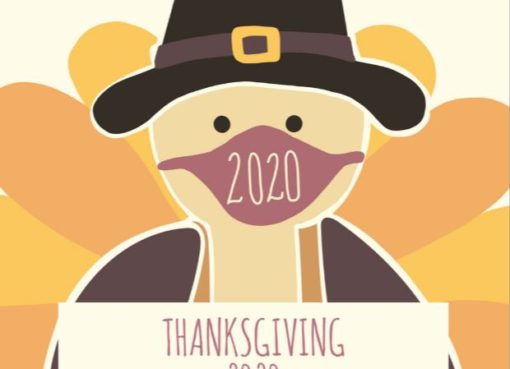 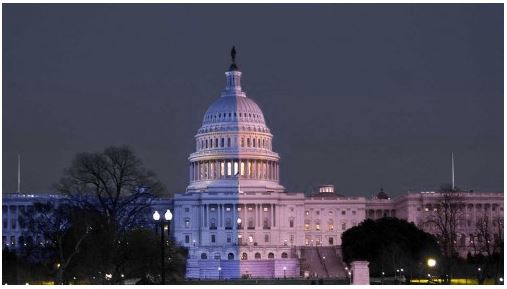 Yesterday, the intersectional civil rights activists at Mijente teamed up with NowThis News and UNLV to hold a town hall with Nevada Latinx voters and U.S. Senator Bernie Sanders (I-Vermont). At this
Read More