Las Vegas, Nv. For about 10-billable hours, over two court days, the publicly paid attorney for the Virgin Valley Water District (VVWD), Mesquite, Nv.  babbled on-and-on about the use of city-managed effluent rather than deal with the substantive issues in a lawsuit filed against the water district.

Jedediah (Bo) Bingham, the attorney for the VVWD again pushed the effluent issue during motion hearings before Judge Timothy Williams, Department XVI, Eights Judicial District Court in Las Vegas, thus continuing an argument he ranted about before the Judge on November 06.

He is attempting to convince Judge Williams that a failure to irrigate the Wolf Creek Golf Course with City managed effluent breaches a contract held for 20-years between Wolf Creek owners and the water district.

The effluent (sanitation waste)  issue is one of four seemingly spurious breaches of contract claims Bingham made in the two ½-year old civil case (No. A-18-774539-B). In the case brought by Paradise Canyon, the owners of Wolf Creek, seek legal redress from an attempt by the Virgin Valley Water Board (VVWB) to raise river water irrigation rates from $250 per share to $1,246 [i] per share. Thus, by default,  the owners of Paradise Canyon have taken the burden of questioning the arguably arbitrary and capricious pricing policies that impact all ratepayers affected by decisions from the publically elected board.

Sylvester reminded the Judge that the May 05, 2018, civil suit followed a series of 2017 water board decisions to use price increases as a way to claw back allegedly “excess” Virgin River water shares that the owners of Wolf Creek held in perpetuity.  He reminded the Judge that Wolf Creek lacked other sources of water for irrigation.  He further reminded that Judge that in a prior hearing, he [Judge Willaims] said: “Those rights as to the effluent issues are not going to be determined in this case.”

Sylvester told the Judge that shortly after he filed the civil suit, on Thursday, April 05, 2018, Barbara Ellestad resigned from her position on the Valley Water Board (VVWB).  After her resignation and acting as a reporter for the now-defunct Mesquite Local News (MLN), she asked the water district for correspondence between the water Board and The Wolf Creek Golf course.

According to Sylvester, the Virgin Valley Water Board (VVWB) then started a “blitzkrieg” attempt to find ways to argue a breach of contract violation. “They know,” Sylvester says, “that my client [Paradise Canyon] has the right to lease these [river water]shares in perpetuity, and they are restricted by Nevada law to set [outrageous] prices.” To avoid the limitation on [price setting] discretion, they manufacture these alleged breaches, the attorney argued Friday.

“We filed the lawsuit because they [the VVWB] told us that we were in breach, and they had the right to end the contract,” Sylvester said.

To the Judge, Sylvester said Friday, “When Bingham tells you that they [he and the VVWB] had a meeting and came up with four breaches, that information came from Ellestad.”

Bingham and his law-firm took Ellestad’s interpretations and turned them into a series of motions, Sylvester argues. Then Bingham asserts:

According to Sylvester, the District, since 2011, knew that it is Wolf Creek’s position that insufficient amounts of effluent water exist to rely on that source year-round. Yet, according to Sylvester, Bingham continues to make an unsupported argument that the failure to use unavailable effluent is sufficient reason to cancel the Lease held in perpetuity by the owners of Wolf Creek.

“Nothing supports Bingham’s fabricated arguments,” Sylvester said it is: “made up from whole cloth,” Sylvester added.  If anything, the issue of effluent is between the City and the owners of Wolf Creek, Sylvester said. And, to date, no contractual default issues exist between those two parties, he argued.

Sylvester took significant exception to Bingham’s November 06 accusations that he lied to the Court and engaged in fraudulent activities in these motion hearings. Sylvester denied Bingham’s claims. Neither he nor the owners of Wolf Creek “fraudulently concealed information concerning effluent from either the attorneys or the water board,” Sylvester said. He added that after the Ellestad investigation, on October 18, 2017, Bingham and the VVWB formed “an opinion of concealment.”

“When Bingham stood before you and said about me that I lied and engaged in fraudulent conduct to delay, he is calling me a liar and fraudster,” Sylvester said. “I will deal with that later,” he added.

“Bingham and only Bingham asserts that the water board is losing money,” Sylvester told the Judge. They essentially mined the Lease to come up with an argument that it was up to Wolf Creek [Owners} to say to them [the VVWB]of a [potential effluent] problem, Sylvester argued. “They are arguing outside the pleadings,” he said, adding that there “is no analysis, no [legal] authority in Bingham’s arguments.”

Sylvester argued to the Judge that the law on materiality [vi] requires Bingham to show that [using effluent] was an essential purpose of the contract. And that not doing that destroyed the benefit of the bargain. “They have not made that argument,” Sylvester said. “There is no evidence other than the arguments of the council [Bingham], which is not evidence,” he added.

Judge Williams ended the arguments with a statement that he would review the material and consider the effluent issues’ materiality on the contract as a matter of law.

The Attorneys plan to meet at 9 a.m. on Thursday for a status check and scheduling on the other motion matters: perpetuity, sub-leasing, and beneficial use.

[ii] Paradise Canyon, LLC, A Nevada Limited Liability Company (Plaintiff), vs. State of Nevada ex. rel. Virgin Valley Water District, a political subdivision of the State of Nevada; and DOE Individuals I through X; and ROE Corporations and Organizations I through V, inclusive, MOTION FOR SUMMARY JUDGMENT ON PLAINTIFF’S FIRST CAUSE OF ACTION FOR DECLARATORY RELIEF (EFFLUENT WATER).

[iii] Paradise Canyon, LLC, A Nevada Limited Liability Company (Plaintiff), vs. State of Nevada ex. rel. Virgin Valley Water District, a political subdivision of the State of Nevada; and DOE Individuals I through X; and ROE Corporations and Organizations I through V, inclusive, MOTION FOR SUMMARY JUDGMENT ON PLAINTIFF’S FIFTH CAUSE OF ACTION FOR DECLARATORY RELIEF (LEASE IN PERPETUITY,” filed 5/282020.

[iv] Paradise Canyon, LLC, A Nevada Limited Liability Company (Plaintiff), vs. State of Nevada ex. rel. Virgin Valley Water District, a political subdivision of the State of Nevada; and DOE Individuals I through X; and ROE Corporations and Organizations I through V, inclusive, “MOTION FOR PARTIAL SUMMARY JUDGMENT ON DEFENDANT’S COUNTERCLAIM FOR BREACH OF LEASE (SUB-LEASE),” filed 5/282020.

[v] Paradise Canyon, LLC, A Nevada Limited Liability Company (Plaintiff), vs. State of Nevada ex. rel. Virgin Valley Water District, a political subdivision of the State of Nevada; and DOE Individuals I through X; and ROE Corporations and Organizations I through V, inclusive,” MOTION FOR SUMMARY JUDGMENT ON PLAINTIFF’S SECOND CAUSE OF ACTION FOR DECLARATORY RELIEF (BENEFICIAL USE) filed 5/282020.

[vi] In contract law, a “material” breach of contract is a breach (a failure to perform the contract) that strikes so deeply at the heart of the contract that it renders the agreement “irreparably broken” and defeats the purpose of making the contract in the first place. The breach must go to the very root of the agreement between the parties. If there is a material breach (sometimes referred to as a “total” breach), the other party can simply end the agreement and go to court to try to collect damages caused by the breach. 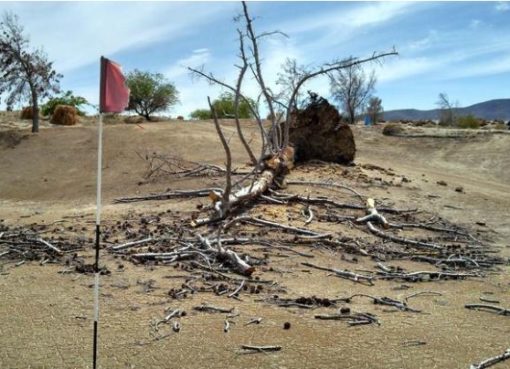 Mesquite, NV April 29, 2018 The Virgin Valley Board (VVWB) is moving aggressively to end the golf industry in the Mesquite area through monopolistic-anti-trust activities designed to advantage shar
Read More 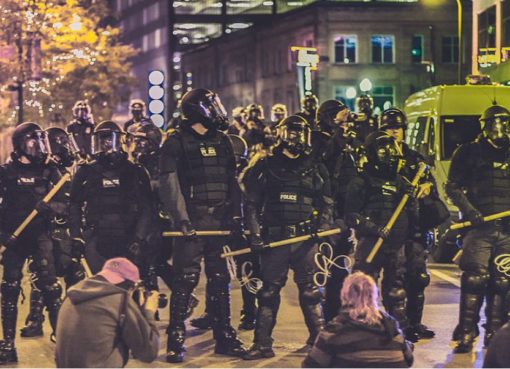 On May 25, 2020, white police officer Derek Chauvina choked the life out of George Floyd, a black man in Powderhorn Park neighborhood of Minneapolis, Minnesota. That act laid bare the deep-seated dis
Read More 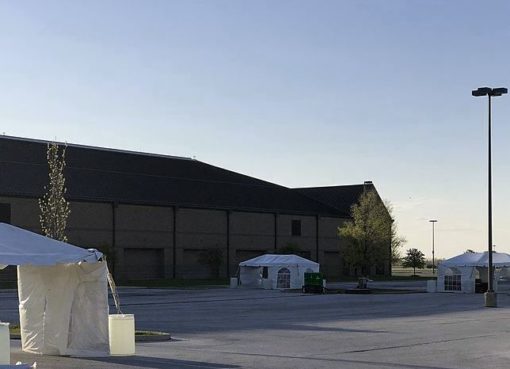 COVID-19 Testing To Start May 12 For Virgin, Moapa Valley’s and Mohave County Residents.