Mesquite, NV., Quorum Health Corp., the operator of the Mesa View Regional Hospital in Mesquite is preparing for a potential bankruptcy filing as their stok falls 24.48%. Mesa View is one of the two dozen hospitals managed by Quorum in 14 states.  However, Mesa View is the only hospital they manage in Nevada.

Reporters from Bloomberg point out that Quorum Management has been negotiating with stakeholders on a variety of possible deals while preparing Chapter 11 plans “as hope fades for an out-of-court solution.”

Using a model that shows risk factors for hospitals, the report found that 453 rural hospitals across the US are vulnerable to closure. Being in a state that has accepted expanded Medicaid help decreases the likelihood of closure by 62% on average, according to the analysis.

While the Mesa View continues to operated they have closed their local Quick Care facility, located a few  miles from the hospital.

U.S. News-Health rates Mesa View Regional Hospital average to below in several procedures. Eligibility to be rated is based on the number of patients treated during the evaluation period.

U.S. News health rating of Patient Experience at Mesa View Regional Hospital. Scores are based on surveys taken from this hospital’s inpatients after they were discharged inquiring about different aspects of their stay. The scores are not used in the Best Hospitals rankings. 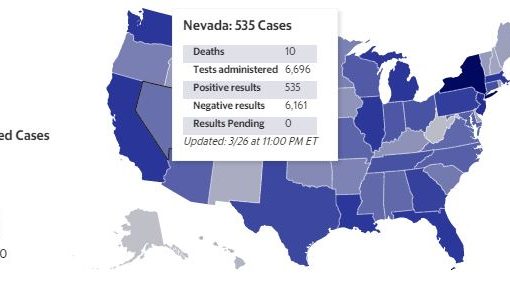 Nevada officials report 535 positive cases of the coronavirus. It also reports that 10 people have died from COVID-19, the disease caused by the virus. Among the dead are a person in his 30s and a
Read More