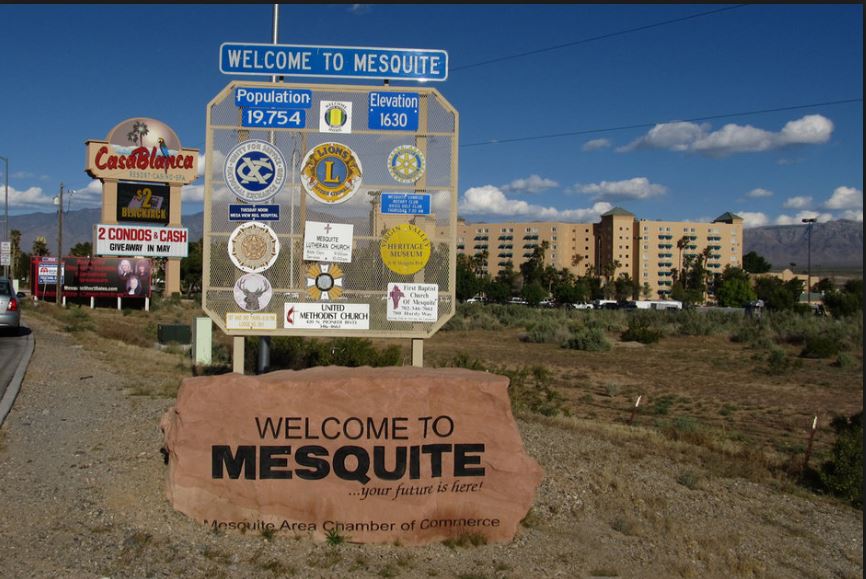 On May 15th the owners of Paradise Canyon LLC, filed a civil suit (A-18-774539-B) against the VVWD seeking to halt the Districts alleged restrictive pricing practices on water shares the board purchased from Virgin River water shareholders of the Mesquite Irrigation Company (MIC). In that motion, Jeff Sylvester, attorney for Paradise Canyon, said that “currently, Paradise Canyon pays VVWD approximately $43,000 per year for irrigation water and $130,000 per year for drinking water, placing it on VVWD’s Top Ten List of all local businesses for potable water charges.’

In an earlier argument Sylvester suggested that the VVWD is “woefully wrong on its legal arguments, and intentionally misrepresents the facts of their case to paint Paradise Canyon in a false light.”

Robert Sweetin, attorney for the City of Mesquite, claimed that the City could intervene on behalf of the water Board because of an alleged default by Paradise Canyon for the use of City owned effluent to water the Wolf Creek golf course. 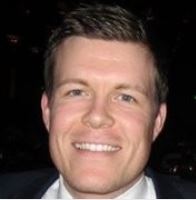 Seven years ago, city officials attempted to pass on the costs of an effluent pumping station to Wolf Creek. At that time, the City did not have the effluent to deliver.  Sweetin claims being told that effluent is now available for use. Regardless, the original contract, as Sweetin knows, requires arbitration of disagreements, not litigation.

Judge Williams reminded Sweetin that had the Plaintiff (Paradise Canyon) wanted the City involved, they would have included them.  The Judge pointed out that he could not legally force such interjection in action brought by the Plaintiff and he was not about to be overturned by a higher court for engaging in such practices.

According to Sylvester what “is being reported by the Mesquite Local News (MLN), and the aspersions cast by VVWD have already been published to the local citizenry to arouse local animus against Paradise Canyon.”

For example on August 23rd, Barbara Ellestad, a reporter for the MLN and a former member of the Virgin Valley Water Board (VVWB) argued that a 500% rate increase on Wolf Creek by the VVWB for irrigating Wolf Creek is a good thing. The Paradise Canyon attorneys suggest that such a rate increase violates the good faith and dealing provisions as required by Nevada contract law.

If anything, the public should complement Paradise Canyon owners for paying the costs to bring rate increase issues before the public via the court. It was the public who suffered a 40 percent water rate increase in 2010, a 38 percent increase in 2015 along with a $10 per month surcharge on water services. These rate increases come from Water Board officials arguing that they have complete authority to set water rates (on publicly owned water [a]) at any price they want.

It is past time to take a closer look at the contributions the owners of Paradise Canyon (Wolf Creek) and their 70-full time employees offer to the community.

The cost of water is no small thing for a golf course. Clark County, NV top Golf officials, identified scarce and expensive water as their biggest threat.  Wolf Creek is one of the ten top water rate payers in the community. The owners argue that “Instead of celebrating Wolf Creek’s success as a local business the VVWB is demanding a 500% rate hike on Paradise Canyon’s irrigation water.

Over the last 5 years, the owners of Paradise Canyon have spent over $700,000 promoting golf in Mesquite. That effort brings guests from 17 different countries and all 50 states. Golfers have written about their experiences in articles published in the United Kingdom, France, Mexico, Canada, and Australia. Advertisers for Under Armor, Cleveland Golf, Ogio have used Wolf Creek for backgrounds and EA’s video game: “Tiger Woods 99 PGA Tour Golf” (replaced by Rory McIlroy PGA Tour) featured Wolf Creek. The golf course is professionally mapped for display on Golf Simulators. In 2019, World Golf Tour (WGT) will feature Wolf Creek on its web based game with over a million participants.

Type in Mesquite, Nevada in a web browser and Wolf Creek Golf, Mesquite Gaming, the Camel Safari, and the Virgin Valley Heritage Museum pop up. If one looks to the sky’s over Mesquite, he/she might see one of the Corporate jets flying into town to offload golfers to play Wolf Creek in part because it is one the top three courses in Nevada. Also, it was the #1 fan favorite course in the United States in 2011. Visiting golfers stay in local hotels, eat at local restaurants, they may gamble in area Casinos and play on other area golf courses.

The owners of Wolf Creek average over $40,000 in gift donations every year. Those donations are divided between the multiple Chamber of Commerce outings, Walk for Cancer, the Veterans of Foreign War, Mesquite Elks and Rotary, the Virgin Valley High School fund, We Care for Animals, the Mesquite Theater, other golf courses, Mesquite Regional Business, Eureka and Rising Star Charities. in addition to the City of Mesquite and Advertising with local businesses.

Through their own 501-C3 charity, Paradise Canyon owners sponsored the Kids for Sports Foundation which has raised over $125,000 over the past 5-years which helped countless local youth athletes play sports.

Mesquite Mayor Al Litman said he was powerless to act against the unanimous five member vote to intervene. The two remaining members of the City Council, George Rapson, and Brian Wursten have remained silent about their reasoning for joining the legal action. Wursten should have recused himself since he manages competing golf courses in the community, but he did not.

Postscript. The Mesquite City Council met the evening after the hearing to, among other things swear in three new members to the Council: Sandra Ramaker,  George Gault, and Annie Black.

Before the swearing-in ceremony, the Council heard a presentation by Hinton Burdick CPA’s and advisers on the FY 2017-2018 annual financial audit.

Following the presentation, Councilman Richard Green (replaced by Annie Black) asked for correction of a contingency note. As written the note said: “The City is involved in various matters of litigation.  Although the outcome of the litigation is not presently determinable or estimable, it is the opinion of the City officials that certain cases may have an materially adverse effect on the City’s financial condition, which is contingent upon performance of insurance carriers and coverage in effect.”

Green and the other (not the new) Council members wanted the note amended to state that litigation would not have a determinable impact on the City’s financial condition.  They asked Sweetin to verify that legal actions would not have a negative impact.  He did.

The note as originally written is correct. No-one, certainly not Sweetin, can project into the future on the outcome of litigation. His affirmation of no financial impact is especially troubling since the taxpayers have already paid for Sweetin and his staff to bring the clearly fictitious claim to intervene in a civil case brought by Paradise Canyon against the Virgin Valley Water District.

The Mayor and the three new members of the Council should vote to leave the note as written. They should also require Sweetin to come before the public and explain his actions and reasoning for requiring the council to intervene in Paradise Canyon vs. the Virgin Valley Water District.

Web of Hate: A Brief(ish) History of American Fascism

For the past four years, many Americans have been scratching their heads in attempting to figure out how and why Donald Trump became a political phenomenon. How could someone best/worst known for bank
Read More 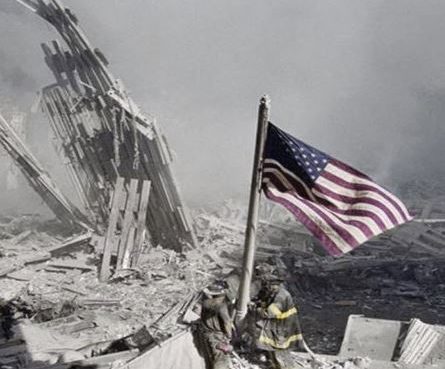 As California Reels from Thousand Oaks Shooting, America Must Confront the Awful Truth About Gun Violence