As the Nevada Legislature continues its 31st Special Session, legislators must decide whether (and if so, how much) to cut a number of essential social services. That includes mental health care, despite the state’s past failures to fully fund mental health care and recent struggles to fully make up for past neglect.

“We are already at the bottom. We can not go too much lower.”

While the Assembly Committee of the Whole (also known as, the entire Assembly assembled for one big hearing) went through Governor Steve Sisolak’s (D) proposed health care budget cuts, they eventually landed upon a very terribly familiar subject. This led Assembly Ways and Means Committee Chair Maggie Carlton (D-Las Vegas) to lament, “We are already at the bottom. We can not go too much lower.”

Carlton continued, “They are always multiplied when it comes to the mental health system. It takes years and years for us to recover.” And she added, “We are already 29% down from where we should be. We’re already nearly 30% behind.”

If you’ve read our past reports on the sad state of Nevada’s mental health system, you know where we’re going here. If you’re relatively new around these parts, buckle up. We’re in for a very depressing ride.

“Coming from Nevada, I know what happened during the 1990s. We cut mental and behavioral health services, and we still haven’t caught up yet.”

– U.S. Senator Catherine Cortez Masto, during a May 13 press call

So what exactly was Assembly Member Maggie Carlton talking about yesterday? She was referring to the state’s chronic underfunding of not just our overall social safety net, but also our mental health care system. And Carlton has not been the only elected official acknowledging this terrible truth.

During a press call discussing the HEROES Act in May, U.S. Senator Catherine Cortez Masto (D) acknowledged, “Coming from Nevada, I know what happened during the 1990s. We cut mental and behavioral health services, and we still haven’t caught up yet.”

Cortez Masto referred to what happened when her former boss, then Governor Bob Miller (D), presided over severe mental health budget cuts in 1992 and 1993. While the cuts looked gruesome on their own, what compounded this was Nevada’s massive population growth and Nevadans’ growing need for social services during the 1990s boom years. To put this into further perspective, Miller’s across-the-board cuts (except for Medicaid, schools, and prisons) averaged 11% in 1992 and 15% in 1993, and Nevada’s population grew just over 66% between 1990 and 2000.

Yes, patient dumping really happened. I won’t let us forget what our state did.

While Nevada’s mental health programs haven’t always been cut, they’ve rarely kept up with the past fifty years of the state’s sometimes explosive growth. And when the Great Recession began to hit Nevada in 2007, then Governor Jim Gibbons (R) called for a new round of budget cuts. The cuts continued during a special session in 2008, then again in 2009, then again during a special session in 2010, then again after Governor Brian Sandoval (R) took office in 2011.

Then in 2013, The Sacramento Bee began investigating James Flavy Coy Brown’s mysterious arrival in Sacramento, California. It turned out that he was among multiple patients at the State of Nevada’s Rawson-Neal Psychiatric Hospital in Las Vegas who were given bus tickets (also referred to as “Greyhound Therapy”) out of the state in order to lower the hospital’s caseload. As more and more patient dumping victims emerged, as in people being sent to California and as far away as Maine and Florida without any guarantee of continuing treatment, the cities of San Francisco and Los Angeles filed lawsuits against the State of Nevada as the federal Centers for Medicare and Medicaid Services launched its own official investigation.

All this “negative publicity” ultimately forced Sandoval’s and the Legislature’s hands, as they finally began reinvesting in mental health care during the historic tax-raising 2015 session. Yet just two years later, Sandoval proposed another round of mental health cuts, though Democrats ultimately managed to keep most of those cuts out of the final 2017-19 budget. And despite Democratic leaders’ boasts of Nevada’s “biggest investment in our people ever”, Governor Steve Sisolak signed into law a budget that only slightly improved upon the 2015 funding boosts that still didn’t fully account for the past five decades of population growth and occasional budget cuts. Meanwhile, the U.S. Census Bureau estimates Nevada’s population has grown another 14% as of 2019.

For all those who occasionally feign “concern” about mental health care, now is the ideal time to speak up and do something.

Overall, Sisolak’s proposed budget revision calls for $19.1 million in mental health service cuts. That includes $1.6 million in cuts to rural clinics, and these cuts mean that Southern Nevada Adult Mental Health Services will stop providing services to 270 people and refer them to private charities unless the state receives enough federal funding to keep them where they’re at.

Does this sound familiar? It should. Even if Rawson-Neal doesn’t resume busing patients out of the state any time soon, these cuts will nonetheless result in real-world consequences, particularly since Nevada already ranked as worst in the nation for mental health care according to Mental Health America’s October 2018 report. 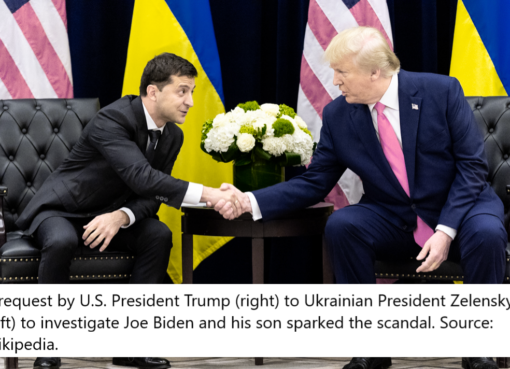 Key Findings of Facts Based on witness testimony and evidence collected during the impeachment inquiry, the Intelligence Committee has found that: I. Donald J. Trump, the 45th President of the Unite
Read More 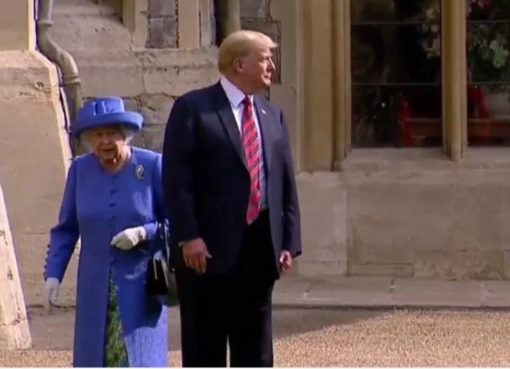 Prince Charles and Prince William were unwilling to meet Donald Trump on his visit to Britain, leaving the Queen to greet the US president alone. First, he ‘kept the 92-year-old monarch waiting’ be
Read More

It may be 2021, but the COVID-19 pandemic still rages on. With the national “vaccine strategy” still woefully lacking, and with state and local authorities still left to pick up the pieces, the new ye
Read More