As much as some of us want to wax poetic about this “grand reopening of the Las Vegas Strip”, we need to keep in mind the crises that continue to confront us on and beyond the casino floor.

First, some news on the COVID-19 front

In case you’re wondering, yes, we’re still living in the midst of a pandemic. According to The Nevada Independent’s database (as of 11:45 AM), 8,831 people have tested positive for COVID-19 and 420 have died. Yet when we dig a little deeper into the Indy’s data and the official state data, the death rate has gradually been slowing down in the last month (in fact, no new deaths have been reported for three consecutive days) while hospitalization rates remain stable: just under two-thirds occupancy overall and in ICU units, and only 24% of ventilators in use.

Yet at the same time, there are still more disturbing trends taking hold. For those patients who have tested positive and whose racial identity is also known, about 40% of those are Latinx, about 35% are white, about 12% are African-American, another nearly 12% are Asian-American and/or Pacific Islander (AAPI), and about 1% are Native American. When we compare the COVID-19 infection rates to the U.S. Census Bureau’s 2019 population estimate, we can see that Nevada’s COVID-19 outbreak is disproportionately affecting Latinx, African-American, and AAPI Nevadans.

This confirms previous reports on the growing racial disparity of the pandemic here in Nevada and nationwide. In the early days of the pandemic’s (officially reported) arrival in the U.S., COVID-19 appeared to be spreading the farthest in whiter and wealthier communities where more people had been flying cross-continent and overseas. But in the past three months, that’s changed, as domestic air travel dropped considerably, foreign travel almost completely vanished, and the people who’ve had to travel have increasingly become those whose work got deemed essential and/or those who couldn’t afford to order all their essential goods online for home delivery.

Let’s remember who will be on the front lines of the Las Vegas Strip’s “grand reopening”.

As casinos up and down the Las Vegas Strip prepare to reopen this Thursday, we hear plenty about the new layouts of the casino floors, which bars and restaurants will reopen, and how the hotels may look and feel beyond the casino floor. We don’t always hear enough about how workers will be protected, just whatever official guidelines state authorities release and whatever details the casinos disclose on their own.

Culinary Union leaders have made it no secret that they’re not satisfied with the secrecy state officials have allowed casinos to utilize for their respective reopenings. Casino workers have also made it clear that they want to return to a safe work environment, not some sick “control group”/“social experiment” that could disproportionately affect women workers and workers of color up and down the Las Vegas Strip.

For all the guests who’ve complained about how empty their lives have been without Buffalo penny slots, drink service, pool parties, and “dinner and a show” dates, it’s important to keep in mind the people who made all of that happen. These are largely the same people who are returning to work, and these are the people who will soon be at the mercy of guests who decide whether or not to wear facial coverings and how seriously to take the social distancing rules upon entry.

The tear gas smoke is in the air. The man next to me got pepper-sprayed.

As we discussed yesterday, the murder of George Floyd in Minneapolis, the murder of Breonna Taylor in Louisville, the murder of Ahmaud Arberry in Atlanta, and the growing number of police brutality incidents occurring across America have forced the entire country to address matters of racial injustice that had typically been compartmentalized as “isolated racial tensions” or dismissed as “violent unrest”.

For the past week, we’ve seen protests emerge here in Nevada. The protests continued again last night. As the Downtown Las Vegas protest appeared to be winding down, the Reno Gazette-Journal’s Ed Komenda described that protest as “peaceful”. But as some protesters decided to stay longer, Las Vegas Metro Police used tear gas and pepper spray on the remaining crowd.

As late night turned to early morning, news broke of two shootings: One of an armed man by a police officer near the federal courthouse Downtown, and one of a Metro Police officer near Circus Circus on the Las Vegas Strip. The armed man was shot dead, and the Metro officer is currently on life support.

A tale of two waves of protests

Just hours before the Las Vegas Strip and Downtown protests were marred by outbreaks of violence, President Donald Trump and U.S. Attorney General Bill Barr ordered federal law enforcement to push back the D.C. protesters just before Trump gave a speech and a photo-op outside. That resulted in police deploying tear gas on peaceful demonstrators as Trump was doing his photo-op near a church. And since then, Trump has continued to threaten a nationwide military incursion on Black Lives Matter protests that would probably lead to further violence rather than any lessening of tensions.

Meanwhile closer to home, Governor Steve Sisolak (D) has thus far condemned Trump’s threats to deploy the military against Black Lives Matter protests. And for Trump’s feigning of “concern” over the protests and the violence that have rocked Nevada and the nation for the past week, Trump never addressed last month’s pro-Trump/anti-Sisolak protest that included armed individuals displaying their weapons just feet away from the Governor’s Mansion in Carson City.

As we revisit that wave of protests, it’s remarkable to note the contrast between Trump’s encouragement of and praise for the pro-Trump protesters who demanded an immediate end to the COVID-19 shutdown orders and Trump’s threats to use force to shut down the current wave of Black Lives Matter protests. Why does Trump react so differently to mostly white protesters who refuse to help stop the spread of COVID-19 than he does to mostly black and brown protesters who call for an end to police brutality?

Currently on the strip in Las Vegas #GeorgeFlyod protest. pic.twitter.com/ZskgwpikrH

On one hand, it’s hard for me to contemplate these crowds amassing to protest during an active pandemic that spreads the farthest when people are closest together. But on the other, this truly is the convergence of two community safety crises that both hit communities of color the hardest. Whether it’s the cruel expectation that black and brown workers give us what we want regardless of their health and safety needs, or it’s the cruel allowance of violence against black and brown communities so long as our white communities feel “safe”, bigotry remains at the root of this ongoing “crisis of crises”.

Getting back to the health care front, you know where are the highest risk locations during an active pandemic? That’s right: Large indoor gatherings. And yet, casinos on and off the Las Vegas Strip are still set to reopen this Thursday with no universal rule on facial coverings, plenty of leeway given to the casinos, and a lot of hope that Directive 021 violations will actually be reported to the Gaming Control Board and met with proper consequences.

Again, notice a huge difference here? Inside the casinos, the red carpets are being rolled out for guests seeking to “escape to our new reality”. Meanwhile outside, there’s still no escape from the very real injustice facing Nevada’s communities of color. 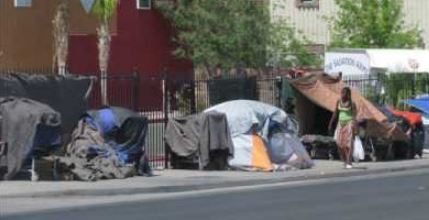 This week SB 143 raced towards Governor Steve Sisolak’s (D) desk at lightning speed, and Sisolak just ended the week by signing it into law. While there’s been plenty of hand-wringing over the process
Read More 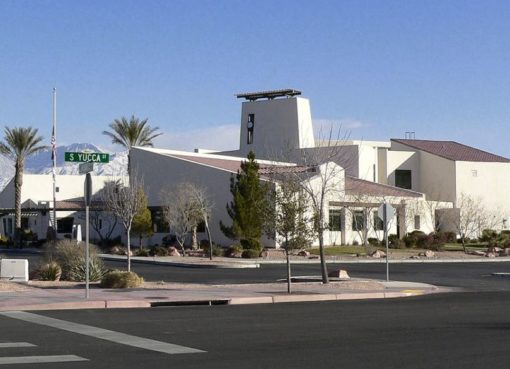 Mesquite, NV (3/25/2020) — The City of Mesquite received notification of the first confirmed positive COVID-19 test for a Mesquite resident. This information was provided to the City by the Southern
Read More