About 24 hours after Dr. Christine Blasey Ford testified to the sexual assault she says Brett Kavanaugh subjected her to, his nomination to the U.S. Supreme Court passed the Senate Judiciary Committee on a 11-10 party-line vote. Yet even as the committee approved Kavanaugh, they also called for a delay in the final vote so the FBI can resume its background check investigation.

Closer to home, Senator Kirsten Gillibrand (D-New York) spoke with Nevada Democrats via videoconference while EMILY’s List Executive Director Emily Cain addressed them in person on the #MeToo movement and the midterm election. And as Kavanaugh’s fast ascent to the Supreme Court came to a surprising halt, Gillibrand and local activists voiced hope that justice may ultimately prevail.

“The entire country is watching. This is a test of how we treat women, including women who have survived sexual assault.”

Women confront Sen. Jeff Flake after he says he'll vote yes to Kavanuagh: “That’s what you’re telling all women in America, that they don’t matter. They should just keep it to themselves because if they have told the truth you’re just going to help that man to power anyway.” pic.twitter.com/T7fSpyT69E

Early this morning, Brett Kavanaugh’s fate in the Senate Judiciary Committee became fait accompli when Senator Jeff Flake (R-Arizona) announced his support for Kavanaugh. Not only did Flake guarantee his committee passage today, but he had brought McConnell closer to the 50 votes he needs to pass Kavanaugh on the floor.

Right after the vote occurred, Senator Dianne Feinstein (D-California) condemned her Republican colleagues for scuttling efforts to allow Deborah Ramirez, Julie Swetnick, and third-party witnesses to testify and present corroborating evidence to support Dr. Blasey’s account of what happened. As Feinstein put it, “This isn’t a political battle for power. This is a series undertaking with serious consequences.” She added this warning: “The entire country is watching. This is a test of how we treat women, including women who have survived sexual assault.”

WATCH: After walking out of the committee, Sen. Kamala Harris says "you have to ask why" Republicans do not want the FBI to investigate Dr. Christine Blasey Ford's allegation of sexual assault by Judge Kavanaugh. https://t.co/O01YRjcN3h pic.twitter.com/SV8LD4zYeM

As Feinstein was speaking, several of her Senate Democratic colleagues had already walked out of the committee room to join a group of House Democrats in protesting Republicans’ rush to confirm Kavanaugh and silence the women who say Kavanaugh sexually abused them. As she walked out, Senator Kamala Harris (D-California) tweeted, “This hearing is a sham and Dr. Ford and the American people deserve better.”

Yet just hours after he announced his initial decision, then faced protesters challenging that decision, Flake turned around and issued this demand: Give the FBI one week to investigate the cases of Dr. Christine Blasey Ford, Deborah Ramirez, and Julie Swetnick, or else he will not vote to advance Kavanaugh on the Senate floor. Minutes after Flake issued his demand, fellow swing vote Senators Lisa Murkowski (R-Alaska), Susan Collins (R-Maine), and Joe Manchin (D-West Virginia) concurred. And just this afternoon, President Donald Trump granted their wish and ordered a new FBI probe of Kavanaugh.

“I know the women we will elect in November are the antidote to what is ailing us right now.”

Just as Flake was announcing his change of heart, EMILY’s List Executive Director Emily Cain joined with local activists at the Nevada State Democratic Party’s Las Vegas headquarters to encourage them to keep on keeping on in the home stretch of this election season. She proclaimed, “This November, less than six weeks away, is an opportunity to have a sea change moment for women’s leadership in politics, and Nevada is so much at the center of it.”

Cain then described how it was like to watch these last two days of the U.S. Senate deciding how seriously to take these allegations of sexual assault against Kavanaugh: “I found myself talking back at the television,” she admitted. “You’re feeling so many things, and what do you do about it?”

Cain then answered, “I know the women we will elect in November are the antidote to what is ailing us right now.” One of the women endorsed by EMILY’s List (a group dedicated to electing more pro-choice Democratic women) is Jacky Rosen (D-Henderson), who’s running against Senator Dean Heller (R) and criticizing him for characterizing Dr. Christine Blasey Ford’s story as a mere “hiccup” to “get through”. (And as of this afternoon, Heller has reaffirmed his unwavering support for Kavanaugh.)

After the program concluded, Emily Cain spoke with us about Kavanaugh, the U.S. Senate, and the choice Nevadans have this year. On Flake’s demand, Cain called on Congress to take matters of sexual violence more seriously: “We have to believe victims. We have to take these things seriously. The FBI investigation would certainly be a positive step. The ultimate thing that needs to happen, though, is this nominee must be rejected.”

On Heller, his “hiccup” comment, and Trump proclaiming he can “count on” Heller while campaigning in Las Vegas last week, Cain replied, “Who do you want speaking for you in the Senate? Jacky Rosen is our best and only answer. By the President’s own admission, he can count on Dean Heller, [whereas] the people of Nevada can count on Jacky Rosen.”

Emily Cain then addressed the women throughout Nevada, especially those who have survived sexual assault, who have watched with horror and disgust the recent turn of events in the Senate’s consideration of Kavanaugh for the nation’s highest court. She said, “We see you. We believe you. […] You deserve to be heard. You deserve to be believed. You deserve to have elected officials who will have your back.”

“I feel like this is hope. This is real opportunity for truth to come to light.”

During the program, Senator Kirsten Gillibrand skyped in to offer her words of encouragement to the activists here in Nevada and provide an update on Kavanaugh. She told the audience, “Dr. Blasey Ford […] spoke her truth so powerfully, without any hesitation. Despite her fear and anxiety, she spoke her truth, and that mattered.”

Gillibrand then credited those activists who protested Flake’s initial support for Kavanaugh with Flake’s sudden change of heart: “When he was going into this hearing, two women told him their own stories as [sexual assault] survivors.” She later noted, “Their voices resounded so true and so profoundly to him that he walked into that room, pulled aside Chris Coons [D-Delaware], and asked, ‘What are my options here?’”

As Gillibrand was updating the audience in real time on Flake and Murkowski requesting the reopening of the FBI’s background check on Kavanaugh, she said, “I feel like this is hope. This is real opportunity for truth to come to light.”

And yet, it feels like some truths have already been coming to light on the state of women’s rights in 21st century America, and of what our nation’s lawmakers truly think of sexual assault survivors when they speak the politically inconvenient truth. The FBI may have less than a week to take a fresh look at the Kavanaugh case(s), but voters in Nevada and across the nation have a little over five weeks to decide whether to call #TimesUp on the status quo in this first midterm election of the #MeToo era. 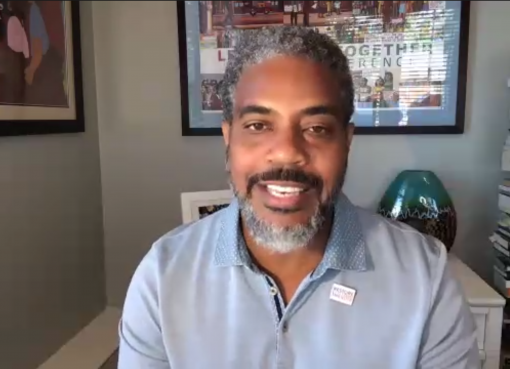 Happy New Year, Nevada. It’s wild to think we’ve been talking about 2020 for just over a year. But now, it’s finally 2020!  Today, we’re checking in on the state of the race to see where everyone s
Read More