In 1867, John Wesley Powell explored the American West.  He saw that after the snowmelt and spring rains, the rivers of the West flooded, releasing huge amounts of water but not enough rain fell to support any kind of real agriculture. He concluded that the arid Western United States could not support extensive development.

In 1878, Powell published his Report on the Lands of the Arid Region, which laid out a strategy for settling the West without fighting over scarce water. He wanted to organize settlements around water and watersheds. That, he thought, would force water users to conserve that scarce resource. He felt that without conservation water would become polluted and hurt everyone along the watershed.  He argued for settlements based in part on the cooperative model practiced in Utah by Mormon settlers. The settlers he said, tapped mountain snowmelt, streams, lakes and rivers to create irrigation ditches for crops. Powell believed this arrangement would make communities better prepared to deal with attempts to usurp their water.

He realized that as farmers used springs for irrigation soon, all the living waters of the Arid regions would be brought under requisition.

Powell supported laws codifying colonial style home-rule for both land and water. He thought generally poor people could then organize and settle on irrigable districts under their own rules and regulations. He applied the same regulatory approach to the division of mining lands, and timber taking and any other western settlement activity. He argued that such collective management would prevent single individuals from having undue control of natural privileges and thereby secure an equitable division of natural resources.

He argued that water for irrigation must be taken without injury to the rights of any person in the irrigation district (also known as “first in time, first in the right).  He reported in the Lands of the Arid Region that the right to the water shall pass with the title to the land. If, after five years the owner had failed to irrigate the whole or any part of the same, the right to the use of water lapses and would be reclaimed based upon a priority.

Powell felt that entitlements to water had limits. The amount of water could not exceed an amount needed for reclamation and cultivation nor should land tracts be selected along a stream to monopolize that resource.

“Throughout the Arid Region the extent of the irrigable land is limited by the water supply,” Powell wrote.” The arable lands are much greater than the irrigable,” he reported.   “Hence,” he said, “it becomes necessary, in determining the number of irrigable lands with reasonably approximate accuracy, to determine the value of water in irrigation; that is, the amount of land which a given amount of water will serve.

When it came to climate change, Powell had mixed views. He recognized climate cycles and that certain activities by man affected water amounts and argued for long-term studies of events such as surface evaporation of water, which he said limited expansion.

Powell dismissed the idea that cultivating lands in Utah “drew the rain,” or that the prayers by Utah’s religious community brought water to their growing crops. Likewise, he dismissed the idea that telegraph wires and iron rails caused electricity to induce precipitation. Instead, he took a systemic view of the global weather in which each part interacts with others creating mutual independence.

He did recognize that changes to the surface of the earth have consequences. Modifying drainage, cultivation of the soil, raising of herds and cutting of trees modifies water flow. Replacing native vegetation with another may or may not increase local evaporation. (evapotranspiration).  Small springs form into bogs from which water is evaporated. Roaming cattle, horses and sheep destroy and reduce native grasses

Powell warned that extreme climate changes could be followed by a return to a mean condition, or perhaps by an oscillation in the opposite direction where the fields now productive would be stricken by drought and turned to the desert.

Nonetheless, he felt that mans’ impact on the surface of the earth was trivial and conditions they produced small compared to nature.

Powell knew that the Arid West could not support extensive development.  Both he and Mormon leader Brigham Young had flawed views of humanity when it came to water management. They both thought that collectives managed by local leaders would avoid fighting over water, eliminate monopolies and profiteering and thereby secure their collective future.

Neither Powell nor Young foresaw the division of the Colorado River nor the diversions of its flows to Los Angeles, San Diego, Phoenix. Neither saw the construction of dams and the pollution of the water from farming and agriculture run-offs. They might even be surprised to learn about the extinction of four of 49 fish species and severe declines in the populations of 40 others in the Colorado River.

Both knew that water was essential to life and community survival. What they did not see was mankind’s propensity to monopolize scarce resources and profit from those resources at the expense of the larger community.[amazon_link asins=’091678228X’ template=’ProductCarousel’ store=’nevadatoday-20′ marketplace=’US’ link_id=’65475ce2-6809-11e8-a3ad-fb5313ce06a0′]

November 1, Press release Arizona Department of Water Resources Science is all about experimentation, and one of the more spectacular experiments in the movement of Colorado River sediment i
Read More

Since our last batch of reports from the Nevada Legislature, there has been some movement on bills that appeared to be stalling, along with more of the frantic movement all over the place that becomes
Read More 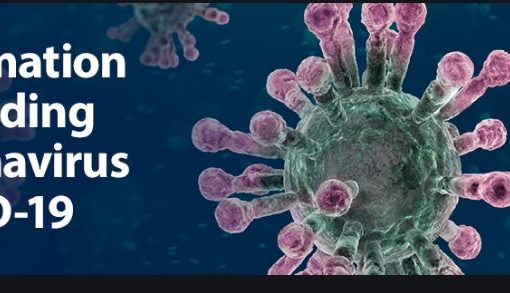