It almost goes without saying that former Vice President Joe Biden has had quite the wild ride this week. President Donald Trump has relentlessly attacked him and his son. Trump has also attempted to coerce a foreign government to attack Biden and his son. Trump has also threatened death to the individuals who blew the whistle on all this. And on top of this entire dumpster fire of a geopolitical crisis, Biden’s also been facing challenges much closer to home.

Amidst all this, Biden returned to Southern Nevada today to rally roughly 200 of his party faithful in East Las Vegas. But just as he began speaking, a protester disrupted the event, pushed a Biden supporter who tried to remove his sign from the cameras’ view, and reminded us all of the turbulence that’s still plaguing what was supposed to be Biden’s glide path to victory.

Once more, with feeling: The real deal on Trump, the Bidens, and Ukraine

In case you’ve been sleeping under a rock all this week, Donald Trump has been attacking Joe Biden over his son Hunter’s past gig at a Ukrainian natural gas company from 2014 to 2016. Despite this company’s employment of Hunter, Joe Biden didn’t take the bait. Instead, he and then President Barack Obama demanded the ouster of the Ukrainian prosecutor general who was refusing to prosecute any past or present corruption, along with most European leaders. They succeeded in ousting that prosecutor, and Ukrainian officials have since made clear that they have no found no evidence of Joe or Hunter Biden committing any crimes.

However that hasn’t stopped Donald Trump from not only making such allegations against the Biden family, but also attempting to coerce the Ukrainian government into launching a criminal investigation of both Bidens, even to the point of withholding nearly $400 million in military aid that Congress had already authorized to help Ukraine fend off ongoing bouts of Russian aggression. As more of this information has come to light, House Speaker Nancy Pelosi (D-California) has finally given the green light to launch a formal impeachment inquiry against Trump.

Before “Ukraine-gate” began making international headline news, Biden was already feeling the heat from Senators Elizabeth Warren (D-Massachusetts) and Bernie Sanders (I-Vermont) closing in on his once robust polling leads in the early states (including here in Nevada) and nationally. In addition, their organizational strength on the ground (including here in Nevada) and their ability to excite Democratic voters with their respective progressive policy platforms have left us wondering whether Biden’s been doing enough to avert a possible early state wipeout next February.

As the rally began, the re-emergence of another Biden-involved controversy quickly escalated into an insta-fight

At the East Las Vegas Community Center today, Biden was reminded of another issue that’s plagued his campaign: Questions of his conduct with women, questions that first emerged when former Assembly Member Lucy Flores (D-Las Vegas) penned an article for New York Magazine’s The Cut this past March that detailed an incident where Biden touched her inappropriately in November 2014. After Flores came forward, fellow Nevadan Caitlyn Caruso and six other women shared their own stories of inappropriate conduct. While Biden has never faced any credible allegations of criminal conduct, these incidents (and the Biden campaign’s response to them) led to questions of whether Biden and others in the “old guard Democratic establishment” understand and accept the #MeToo movement’s demands for mutual respect.

Shortly after Biden began speaking, a protester emerged to flash a #MeToo sign and shout, “Joe Biden is a predator!” He then alleged, “The media are covering it up.” And yet, it was the protester who turned violent at today’s event.

“I’m going to protect and build upon Obamacare. I’m not going to let anyone, Republican or Democrat, take it away. Period.”

Once peace was restored in the courtyard, Biden returned to his standard “kitchen-table populist” message that he’s used to counter the more radical messages of “big, structural change” and “political revolution” that his progressive challengers contend is necessary to defeat Trump and expose the false promise of Trumpism.

The comparisons to Warren and Sanders end there, as Biden then touted former President Barack Obama’s signature health care law and suggested Democrats not stray too far from it. “The Affordable Care Act was a huge step forward for our country,” Biden proclaimed. He continued, “We need to finish the job. Health care should be a right, not a privilege.”

As Biden then explained, “Under my plan, if you like your insurance plan, you can keep it. If you don’t, you’re eligible for a public option. If you’re eligible for Medicaid, you’re automatically enrolled [in the public option].” Progressive critics have argued that Biden’s plan will leave at least 10 million Americans uninsured and mostly offer savings to just the 11 million who’ve enrolled in health insurance plans through the ACA exchanges, but Biden continued to insist his plan is more feasible than the “Medicare for All” single-payer plan championed by Sanders and Warren. As Biden exclaimed, “I’m going to protect and build upon Obamacare. I’m not going to let anyone, Republican or Democrat, take it away. Period.”

“This is America! There’s nothing we can’t do when we work together. We need to remember who we are!”

From there, Biden drifted back towards Warren-Sanders territory when he touted, “Work over wealth.” But again, the moment didn’t last, as Biden tossed aside calls for social democracy and/or democratic socialism and instead touted a “return to (Obama-era) normalcy”. “Folks, Donald Trump inherited a strong economy from our administration, just like he’s inherited everything else he’s ever had,” Biden said. “He’s since squandered it, just like he has everything else in his life.”

After speaking some more of what Biden likes to call the “basic bargain” of his proposals to promote economic equity, from a higher minimum wage to eliminating tax loopholes designed for the super-rich and expanded access to financial aid for aspiring college students, he returned to the one thing that’s supposed to be his “Ace in the Hole” against Warren, Sanders, and his other Democratic challengers: His polling leads, particularly against Trump in the general election. According to Biden, “None of these plans matter if we don’t beat Donald Trump. And more importantly, we need to unify this country if we intend to get anything done.”

For Biden, “I’m more optimistic about our future than when I was a 29-year-old with young children who was just elected to the U.S. Senate.” He continued, “This is America! There’s nothing we can’t do when we work together. We need to remember who we are!”

And yet, while Biden was touting this message of a hopeful future, the sudden insta-fight just minutes earlier reminded me of the scary spectacles I’ve witnessed at Trump rallies, the overall climate of fear that’s gripped the nation in the Trump era, and just how severe America’s crisis of crises truly is going into 2020. Now that he and his own family are being drawn into the center of this crisis, we’re nonetheless left wondering whether he remembers who and what he’s dealing with.

Last Thursday U.S. district judge, Emmet Sullivan, of the District of Columbia threatened to hold Attorney General Jefferson Sessions, and others in contempt of Court for arguably aided and abett
Read More 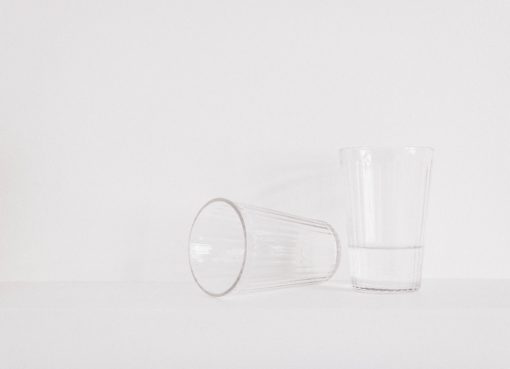 Editors Note: The Arizona led Drought Contingency Plan (DCP) may alter the amount of water supplied by the Lower Colorado and its Muddy and Virgin River tributaries to Lake Mead. When implemented it l
Read More