After the fizzle comes the sizzle? Following a difficult summer, former Vice President Joe Biden seems to be back on the up-and-up, especially here in Nevada. Not only are his poll numbers looking better, but so is his institutional base of support thanks to a Thanksgiving week endorsement from Rep. Dina Titus (D-Las Vegas).

Today, Biden showed up for a town hall with UNITE HERE union members at the Culinary Union hall here in Las Vegas. Not only did he talk up his “basic bargain”, but he added some more details on what Nevadans can expect out of it.

As I noted in our last Caucus Power Rankings report, Joe Biden has retaken the lead in most Nevada polls. And as Rep. Dina Titus’ recent endorsement shows, Joe Biden has a fairly solid and steadily growing base of support amongst party leaders.

However as I’ve been noting all year, Biden continues to struggle with an “enthusiasm gap” between him and the progressive U.S. Senators Bernie Sanders (I-Vermont) and Elizabeth Warren (D-Massachusetts) who continue to draw large crowds and long lists of small-dollar grassroots donors. In addition, Biden’s gradually drawn greater competition from others in the moderate wing of the party, such as South Bend (Indiana) Mayor Pete Buttigieg and U.S. Senator Amy Klobuchar (D-Minnesota), who are hoping Democratic voters prefer younger, fresher generational change over the kind of “big, structural change” that progressives in the party hope their “political revolution” will accomplish.

Meanwhile, Joe Biden simply hopes that the only change Democrats really want is removing President Donald Trump from any position of power. As Biden said today, “Here’s the deal: There are two ways [voters] get inspired. They get inspired by good guys like John Kennedy, or they get inspired by bad guys who scare us.” And on Trump and his bad deeds, Biden quipped, “Folks said, ‘Gee, I didn’t know that.’ Everybody now knows.”

“It’s all about family reunification. That should be the essence of it.”

When UNITE HERE Local 737 (Orlando, Florida) organizer Isaac Crop asked Biden what he’ll do to help Crop’s co-workers who’ve been affected by Trump’s anti-immigrant agenda, Biden replied, “Nobody’s going to be standing outside a mass to arrest you. No ICE agents will be standing at a school. In fact, [ICE agents] are going to have to go back to school themselves.”

Biden continued, “Nobody’s going to be knocking on anyone’s door to deport you for any reason other than [criminal offenses].” And on the guiding principle to Biden’s immigration plan, he insisted, “It’s all about family reunification. That should be the essence of it.”

After the program, Cropp told me he appreciated Biden’s answer, but that he wants to research Biden’s immigration plan and the other candidates’ proposals himself before he decides who to vote for. “I love that he took the time, and he went through it very methodically. I’m still taking in a lot of the information he put out,” Cropp said.

“Where I come from, I don’t like people telling me to have what I don’t want to choose. […] If you like what you have, you don’t have to give it up.”

Thus far, whenever anyone talks about the Culinary Union, presidential politics, and/or health care, the conversation often becomes a debate over “Medicare for All” single-payer health care. And initially, Biden was eager to jump into this debate (even more) when Culinary Union member and Margaritaville Las Vegas cook Chad Neanover asked about the Culinary Health Fund. Yet instead of asking about single-payer, Neanover wanted to know whether Biden will commit to permanent repeal of the “Cadillac Tax” on high-cost employer-provided health insurance plans that was written into the Affordable Care Act (ACA, or Obamacare) and has been deferred ever since.

On the “Cadillac Tax”, Biden replied, “I’m confident it will be repealed. I believe we can make up the cost for that.” Yet when I spoke with Chad Neanover after the program, he said on Biden’s promise, “I’d really like to see what it is, because right now we have the 40% tax, which has not been repealed [yet]. It could still affect our health care.”

Neanover then alluded to former President Barack Obama’s infamous promise about the ACA as he explained, “In the past, we heard, ‘If you like what you have, you can keep it.’ I want to see that’s actually true before I can [believe Biden].”

Funny enough, Biden himself invoked Obama’s past words on health insurance while also co-opting Pete Buttigieg’s language of “Medicare for those who want it”: “Where I come from, I don’t like people telling me to have what I don’t want to choose. […] If you like what you have, you don’t have to give it up.” Yet judging by the reactions in the room, Warren and Sanders may not be the only candidates who have to navigate choppy waters on unions and health care.

As we’ve been explaining since September, President Donald Trump and his apparatchiks have inserted Joe Biden and his family into Trump’s impeachment saga thanks to Trump’s attempt to coerce Ukraine into producing “dirt” on the Bidens. This dynamic has placed Biden in a unique position. While other candidates must paint more abstract pictures of how they intend to fight Trump in a general election, Biden’s essentially already doing such because Trump already initiated this fight in Ukraine.

Yet despite House Democratic leaders’ announcement of two articles of impeachment against Trump for abuse of power and obstruction of justice, Biden didn’t mention impeachment at all today. He did, however, talk about Trump, and he noted how Trump’s presidency has upended American politics. According to Biden, “Donald Trump may have been the best thing and the worst thing that’s happened to us. He made it clear how we’re getting worked over, how our system is not fair.”

Like Warren and Sanders earlier this week, Biden promised action to restore and expand workers’ rights. Yet while Warren and Sanders committed to a number of specific executive actions and legislation to empower workers, Biden stuck to more general language of his “basic bargain”.

As Biden put it, “Wall Street didn’t build America. Y’all built America. Labor built the middle class. Unions built the middle class. Because of fighters like you, we’re coming back.” And for the most part, the crowd of 300+ union workers cheered him on quite enthusiastically. If Biden can keep the energy up and draw more of this enthusiasm firmly into his corner, he might not have to worry about those first two early states after all. 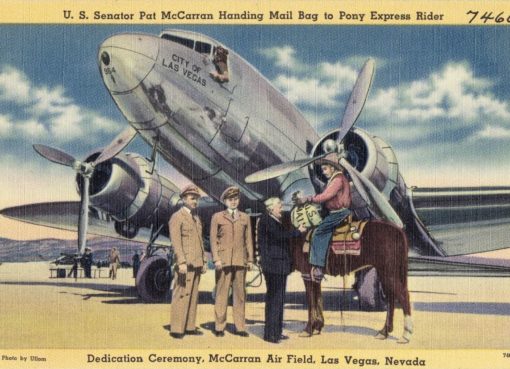 Where Are the Children? Why It’s No Accident That Immigrant Families Are Being Separated

Since last week, many on Twitter have been asking #WhereAreTheChildren. Though it shows how many Americans are becoming increasingly alarmed by President Donald Trump's immigration policies, that may
Read More