“This is something that’s killing hundreds of thousands of people around the world. It’s harming our ability to handle our hospitals and our patients.”

Usually by now, presidential candidates and their top surrogates come to Nevada to ask for our votes. But with the COVID-19 pandemic still raging in Nevada and across the nation, Dr. Jill Biden (former Vice President Joe Biden’s spouse) did a virtual event with two of Nevada’s Democrats in Congress.

Just before Biden’s virtual tour, Nevada Health Response held another press call to discuss the state’s alarmingly severe COVID-19 stats. As of this mid-day today, the state’s cumulative test positivity rate hovers at 8.64% as the seven-day average has jumped further to 17.7% and yesterday’s one-day rage surged to 24.3%. Nevada experienced another seven COVID-19 related deaths yesterday, bringing the total death count to 626. While the seven-day death average has come down from last week, it’s still well above where we were just three weeks ago.

Overall Nevada hospital occupancy now stands at 77%, ICU occupancy is hitting a new high of 84%, and Nevada hospitals have so far reported just 10 out-of-state COVID-19 patients being treated here (despite rumors suggesting otherwise). As Nevada Health Response Director Caleb Cage described these trends, “It’s absolutely something we’re concerned about. It’s something we anticipated [due to the July 4 holiday weekend].” He continued, “This is something that’s killing hundreds of thousands of people around the world. It’s harming our ability to handle our hospitals and our patients.”

“In the last few months, we’ve measured the immense losses we’ve experienced in this country. The 135,000 lives lost. The tens of thousands of jobs lost. In other ways, the devastation can’t be measured [… such as] the shattered hearts of every family who’s grieving a loved one.”

While President Donald Trump has already been trying to hide this brutal reality of COVID-19 amidst the national resurgence of the SARS-CoV-2 coronavirus, Joe Biden released his own COVID-19 action plan that includes a national and fully-funded testing and contact tracing plan, a special federal program to assist states and municipalities secure PPE supply and pay for more medical workers, and a national public health jobs corps to supply at least 100,000 dedicated contact tracers.

During a virtual tour of Truckee Meadows Community College’s (TMCC) high-tech manufacturing program, which has been jointly funded by Tesla and U.S. Department of Labor grants, Jill Biden made some remarks on the current state of the pandemic. As Biden noted, “In the last few months, we’ve measured the immense losses we’ve experienced in this country. The 135,000 lives lost. The tens of thousands of jobs lost.” She continued, “In other ways, the devastation can’t be measured [… such as] the shattered hearts of every family who’s grieving a loved one.”

Later in the presentation, Biden promised her spouse will not just pursue his plan, but also put in the effort to get it done. Or as she put it, “Joe has built his entire career bringing people together and getting the seemingly impossible done. […] You deserve that kind of a leader.”

“We can’t be left behind. We need to prepare for the infrastructure of the future. We need to revitalize manufacturing in this country.”

In addition to Joe Biden’s COVID-19 action plan, he has a “Build Back Better” plan that aims to not just lift the U.S. economy out of this COVID-19-induced recession, but also transition the economy towards a greener future. Following his agreement with U.S. Senator Bernie Sanders (I-Vermont) on the DNC’s 2020 platform, Biden has revised his take on the “Green New Deal” to include $2 trillion and infrastructure and job investment in the next four years, a carbon-free electricity system by 2035, investment in eco-friendly new housing, and “net-zero” carbon emissions by 2050.

As U.S. Senator Catherine Cortez Masto described Biden’s “Build Back Better” plan, “We can’t be left behind. We need to prepare for the infrastructure of the future. We need to revitalize manufacturing in this country.” And as she praised what’s happening now at TMCC, she acknowledged the need for the rest of Nevada and America to experience this kind of innovation as well.

Titus contrasted Biden’s plan with Trump’s “infrastructure” rhetoric, which so far has not gone beyond the long-running D.C. “Infrastructure Week” jokes and the weakening of federal environmental protection rules. Or as Titus described it, “Unlike the president’s so-called plan, Biden’s plan is so substantive in so many ways. […] It’s about the soul of the country. The soul of the country needs us to recover from the pandemic and rebuild.”

Jill Biden then discussed her own experience teaching in community college: “I think it’s nice that the classes are small, and that there are so many services students can access for free.” She continued, “When Joe Biden is president, they will be free! That will make them so much better.” And in closing, she told TMCC students, “You remind us of why this election is so important. You are the future!”

“I knew that Nevada was going to be hit hard because of the nature of our economy, tourism and gaming, the industry of this state. […] That is why I voted for the CARES Act, for the workers of our state.”

After the Biden virtual event at TMCC, Cortez Masto did a town hall with Make the Road Nevada to discuss. In response to multiple questions on whether the CARES Act’s $600 weekly unemployment income will continue past its current July 31 expiration date, Cortez Masto promised to do whatever she can to prevent Nevadans from losing such a critical lifeline.

“I knew that Nevada was going to be hit hard because of the nature of our economy, tourism and gaming, the industry of this state,” Cortez Masto said. She continued, “Everyone should be able to get unemployment insurance. That is why I voted for the CARES Act, for the workers of our state.”

As multiple Make the Road Nevada members described how the $600 weekly unemployment income has kept them afloat, Cortez Masto responded, “The $600 has been critical for so many people to pay the rent and keep a roof over their heads.” She then asked one Make the Road activist, Anthony, how he’s trying to find new work, and he responded that he can only find two days of work per week at a local restaurant. Cortez Masto then pointed out, “Some of my colleagues claim people take the $600 because they don’t want to work. I know that’s not true! That’s just not true.”

As the Make the Road town hall continued, Cortez Masto explained that Congress initially planned for “a couple months” worth of assistance because that’s how much they thought the country needed. But now, “What we now realize is that it will take much longer for us to survive until we can get a handle on this virus,” Cortez Masto said. She then added, “With everything that we rely upon in this state [shut down or scaled back], my goal is to make sure everyone has the resources they need to survive.”

While Cortez Masto herself reiterated her personal support for extending unemployment income, providing more funding so states like Nevada won’t have to pass severe budget cuts, and boosting additional safety net programs like SNAP and HUD housing aid, she expressed her frustration over U.S. Senate Majority Leader Mitch McConnell’s (R-Kentucky) continuing refusal to bring forth the HEROES Act that the House passed in May.

According to Cortez Masto, “This hasn’t been an urgent issue for [McConnell]. When we wanted to start negotiating this package a month ago, he said he wasn’t ready. He wanted to put it off.” She then declared, “So many people are still struggling. So many people need this stimulus package to pay their bills. This is a priority for them, and it should be a priority for him as well.” 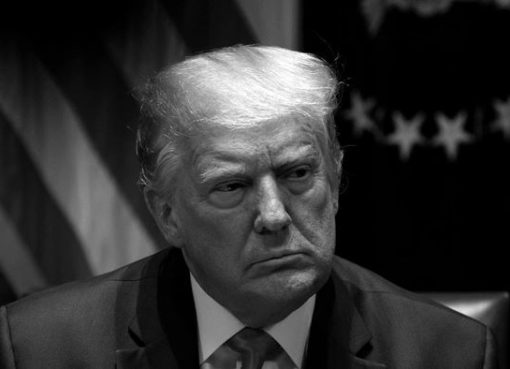 The Atlantic: The Probable Outcomes of Trump’s Diagnosis

Here’s what is currently known about Trump’s health, and what it means for everyone else by JAMES HAMBLIN,  October 2, 2020 in the Atlantic James Hamblin, M.D., is a staff writer at The Atl
Read More

More Love, Less Hate, Maybe Hope? Notes from a Vigil to Commemorate the Lives Lost in the El Paso Shooting

As the nation and the world are still beginning to grapple with the horrifying reality of three mass shootings hitting America in the space of one week, and two of those mass shooting attacks being re
Read More

Throughout his presidency thus far, Donald Trump has been attacking immigrant communities and their legal rights. After campaigning for Republicans on the nonexistent threat posed by refugee “caravans
Read More