This week, a bombshell video dropped that exposed ABC News’ refusal to air results from its reporters’ investigation into Jeffrey Epstein and his human trafficking ring. It’s understandably sparked outrage across the country, but it’s also being used by some on the right to distract from the real crimes committed and instead prop up ludicrous conspiracy theories. Perhaps the strangest twist in this very sordid story is that the real truth (or at least, how much of it we now know) is far more scandalous than the crazy conspiracy theories.

WARNING: This story addresses some very sensitive topics, including domestic and sexual violence, and it includes some coarse adult language. Reader discretion is advised.

Normally, I wouldn’t be giving far-right trickster James O’Keefe any time of day. But as they saying goes, even broken clocks are correct once or twice a day. And in this instance, O’Keefe actually found some real news when someone handed him an incriminating video of ABC News reporter Amy Robach admitting on a “hot mic” that her bosses suppressed her and other ABC reporters’ findings on Epstein for three years.

Of course, since we’re talking about James O’Keefe, he and his cohorts are using this to promote their #ClintonBodyCount conspiracy theories that actual, responsible journalists have spent over a quarter-century debunking. And now that there’s a rare case of public outrage across the political spectrum over Jeffrey Epstein’s rise to power and prominence despite (or because he was?) running a “sex trafficking pyramid scheme” in plain sight, O’Keefe, his cohorts, and even President Donald Trump himself see an opportunity to tar and feather the Democratic Party and mainstream journalistic outlets with this sordid story.

Of course, since we’re talking about Bill Clinton, this whole sordid story is forcing the Democratic Party to confront some inconvenient truths about his relationship with Jeffrey Epstein, his treatment of Monica Lewinsky, and his longer track record of abusing his power with several women. However, there’s a huge difference between reassessing the evidence that’s been hiding in plain sight and fabricating charges out of nothing but baseless conspiracy theories. And speaking of evidence, there’s another reason why James O’Keefe and Trump himself continue to obsess over baseless Clinton conspiracy theories: They don’t want us to notice their own inconvenient truths.

The Jeffrey Epstein story is not complete without examining Epstein’s close relationship with Donald Trump and others who are now in Trump’s orbit. Keep in mind that in 2016, “Jane Doe” filed a lawsuit against Donald Trump raped her at Epstein’s New York City townhouse in 1994, when she was just 13. Trump and Epstein frequently partied together for two decades, and Trump even complimented Epstein as a “terrific guy” and “a lot of fun to be with.’” Trump only began backing away from Epstein when they fought each other over a prime piece of Palm Beach real estate.

When Donald Trump calls out Bill Clinton or anyone else for befriending Jeffrey Epstein, it’s a classic case of “pot calls kettle black”. And Trump himself is not the only current or former White House official with ties to Epstein.

As we now know when Julie K. Brown began publishing her investigation on Epstein for The Miami Herald, then U.S. Attorney Alex Acosta illegally granted Epstein a 13 month sentence with “work release” and tried to hide this “sweetheart deal” from the victims. Acosta would later become Trump’s Labor Secretary, as in he was the Cabinet official who was supposed to crack down on human trafficking. Why didn’t anyone in the White House notice any of this when they subjected Acosta to the customary background check?

For the last three months, I’ve spotted countless “Epstein Didn’t Kill Himself” memes all over social media. In light of this week’s O’Keefe/ABC bomb drop, the memes are trending again. “Experts” keep making their way to TV cameras to cast doubt on the official record of Epstein’s death, and conspiracy theorists on the right continue to wage war against conspiracy theorists on the left over whether Donald Trump, Hillary Clinton, the British Royal Family, and/or some shadowy group of billionaires ordered Epstein’s murder.

Thus far none of the conspiracy theorists on any side have produced any evidence to back up their murder accusations, but there’s still more than enough mystery behind the official account to further fuel all the conspiracy theories surrounding Epstein’s death. Yet amidst all these bombshell reports, it’s been far too easy to lose sight of the totally real nuclear warhead at the heart of this story.

Think about it: Donald Trump. Bill Clinton. Bill Gates. Prince Andrew. Les Wexner. Alan Dershowitz. Kevin Spacey. And my, oh my, the list goes on. Jeffrey Epstein partied with many powerful men, and many of those men regularly protected him. Even after the rest of the world began to learn about Epstein’s rap sheet as a serial abuser, some of them continued to coddle him.

While there’s plenty of justifiable outrage over ABC News sitting on the Epstein story for three years, that’s not the only outrage unfolding right in front of us. After 25 years, much of the Violence Against Women Act remains lapsed because legislation to fully reauthorize it (H.R.1585) got stalled into the Senate after passing the House (on a bipartisan 263-158 vote) in April. And after the Nevada Supreme Court ruled that defendants facing misdemeanor domestic violence charges must have jury trials due to the heightened state of these offenses, various municipalities are left to attempt “work-arounds” instead of the state ensuring defendants and victims get the justice they deserve.

Thus far, neither matter has really made it onto the campaign trail. Instead, we’re seeing a whole new round of “hot takes” on why certain women running for a certain (Oval) Office are “angry” and “antagonistic” for daring to speak truth about the big, structural problems in our society. We also continue to see the “hot takes” on why critical matters of civil rights are just “social issues” that are “too divisive”, despite the actual evidence from recent election results suggesting otherwise. Closer to home, certain women have been deemed “too difficult” for asking uncomfortable questions while a certain man continues to run for higher office despite facing multiple questions about his history of violent behavior.

Coming around full-circle, we even see this with the Epstein story. Real women’s lives were blown up and torn down by Epstein’s cruel game. And yet, his death is being treated like some sick game show while the people he terrorized during his life are still waiting for any kind of justice to come their way. Ultimately, it’s time for us to ask ourselves this difficult yet necessary question: Why do we keep allowing this to happen?

And finally, in case you or a loved one needs them, some resources

If you or someone you know is facing a major life crisis and struggling with thoughts of suicide, help is available. The National Suicide Prevention Lifeline is always there at 1-800-273-8255 (TALK). So is the Crisis Text Line, where you can start a conversation with a volunteer counselor by texting “START” to 741741. (I can attest from personal experience that it helps.) And for LGBTQ+ youth in need of immediate help, the Trevor Project has a 24/7 hotline at 1-866-488-7386 and a text option (text “START” to 678678) available.

If you know anyone who’s currently experiencing domestic and/or sexual violence, the Nevada Coalition to End Domestic and Sexual Violence has a list of resources available across the state. And if you want to do more to help, check out the Nevada Coalition’s action page for ideas on getting more involved.

Cover photo provided by the Palm Beach County (Florida) Sheriff’s Department, and made available by Wikimedia.

On August 3, El Paso joined the ever growing list of cities that have suffered mass shooting attacks, a list that’s included Las Vegas since October 1, 2017. As we were all beginning to learn about wh
Read More 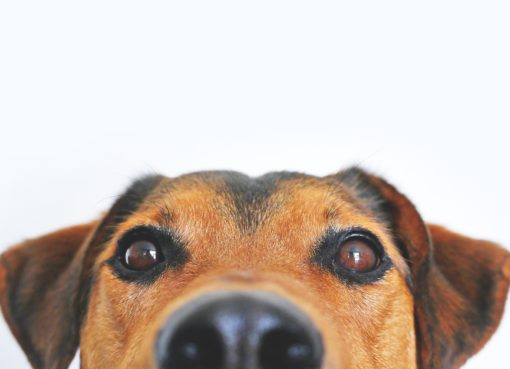 From the Center for Disease Control Questions & Answers What is canine influenza (dog flu)? Dog flu is a contagious respiratory disease in dogs caused by a specific Type A influenza virus ref
Read More

Nevada Legislature Update: Haven’t We Seen This Before?

What on earth happened at the Nevada Legislature last night? How could a mining tax (deduction removal) bill come alive so quickly, then die so quickly? And why does this all feel like déjà vu all ove
Read More