This week, we’ve been taking a closer look at… Well, ourselves. But really, it’s not exactly the easiest time to practice journalism in America. And really, we do ourselves no favors when we make it harder for people to uncover the truth by reveling in sex, lies, and stolen emails.

On that note, the U.S. Justice Department finally released a redacted version of the Mueller Report earlier today. Let’s check in on the national media scene to see how they’re handling it… And why we shouldn’t be all that surprised by what’s in this Mueller Report.

When U.S. Attorney General William Barr released a four-page letter that he claimed was a summary of Special Counsel Robert Mueller’s report, President Donald Trump rushed to declare, “EXONERATION!” And sadly, far too many national media pundits rushed to declare Trump “exonerated” despite the lack of actual evidence beyond Barr’s letter.

Speaking of evidence, we’ve already seen plenty of evidence pointing to Trump’s obstruction of justice and Trump’s close relationship (dare we say, collusion?) with Russian President Vladimir Putin and his oligarch allies. Here in Nevada, Trump himself accidentally(?) revealed some of this to us in July 2015, when he answered Maria Butina’s question with the blunt response, “I believe I would get along nicely with Putin. OK?”

We’ve already seen evidence of Trump and his operation cooperating and coordinating with Russian agents. It’s a relationship that goes back three decades, emanating with Trump’s desire to extend his real estate racket to Moscow and building all the way up to the now infamous June 2016 Trump Tower meeting. Oh, and the relationship continues to this day: Remember Helsinki?

Actually, this shouldn’t have been a surprise.

Trump invited the attack on American democracy; benefitted from it directly; and then continued to praise Putin and ignore the American intelligence community in order to downplay the attack at best or to cover it up at worst. So damning. https://t.co/iVBfdcjBnU

So the signs have been pretty omnipresent for some time. And yet, this very serious matter that none other than Robert Mueller warned the nation about in 2011 has been treated like just another silly parlor game that gets played at one of those D.C. cocktail parties frequented by the “very serious people”. People who’ve been warning us of this serious danger are dismissed as “conspiracy theorists”, while bad actors are rewarded for “spilling secrets” by way of participating in such serious dangerous activities.

Today, the Justice Department released a redacted version of the full Mueller Report. And already, we are seeing plenty of confirming evidence that strengthens the case against Trump and his operation. Whether it’s evidence of Trump obstructing justice or evidence of Trump’s campaign working with Russian operatives to influence the 2016 election, even this redacted, “cleaned-up” version of the truth is already quite damning.

So why, oh why, would anyone fall for another of Barr’s publicity stunts? This morning, national media pundits were once again falling over each other in the briefing room, only to watch Barr try to spin them dizzy all over again. Why, oh why, did these people fall for yet another White House publicity stunt?

Unfortunately, I’m not surprised by the weapons of mass distraction, either.

Ken is claiming this exonerates them (even though they "corrected" the Deripaska reference–someone lied to them). NYT is STILL wrong abt the transcript, which was an IN PERSON sharing. He's nagging me in DMs, rather than exposing who lied abt Deripaska to them. https://t.co/fEHbv1wAJ3

This is a major reason why I had such a visceral reaction to The New York Times’ Center for American Progress hit piece that largely relied on WikiLeaks’ release of emails stolen by Russian hackers to rehash the “messy fight between Sanders and Clinton supporters” for the umpteenth time. Even knowing what we know now about WikiLeaks and its relationship with both the Trump campaign and the Russian government, why would any legitimate news outlet dive into these stolen emails (again!) and miss the bigger story just to chase after baseless gossip?

WikiLeaks asked Russian military intelligence operatives to give them stolen DNC documents ahead of the Democratic Convention specifically to inflame tensions between Hillary and Bernie supporters. #MuellerReport pic.twitter.com/v2b6ePX5FB

Thus far today, we are seeing a whole lot of reporting on the actual report and the actual substance that’s covered by the report. This gives me hope that maybe, just maybe, more of us who live and work in “the fourth estate” will remember the point of all this and diffuse the weapons of mass distraction that certain powerful interests regularly deploy against the people, but we can’t take this for granted. Today should be a day for this nation to move closer to the truth. We can’t afford to be distracted by any more “silly season” lies.

Cover photo provided by the FBI and made available by Wikimedia.

OPINION: This Labor Day, Let’s Commit to Build Back Better

A Community Op-ed Submission By Vince Saavedra Nearly a century ago, ground broke on the construction of the Boulder Dam. Later renamed the Hoover Dam, the massive project brought thousands of c
Read More 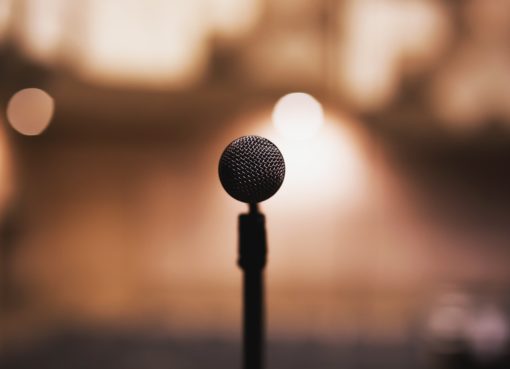 The Mueller We Know: A “Live-ish Blog” on the Day’s Big Hearings with the Former Special Counsel (Part 1: House Judiciary Committee)