Last Friday, President Donald Trump declared a national emergency to divert some $8 billion in federal funds from Congressionally authorized programs to construction of Trump’s long desired border wall. This came on the heels of Trump relenting on an appropriations bill that did not include Trump’s border wall demands, and this leads us to ask: What’s the real emergency here? There may indeed be national crisis, but it’s not the one Trump wants us to believe.

Last December, Trump chose to shut down (much of) the federal government rather than accept a bipartisan appropriations package that didn’t include $5 billion or more in border wall funding. Trump had already caved last month after a 35 day shutdown failed to build support for his wall, and he was afraid of the perception that he caved again after agreeing to a second bipartisan appropriations bill last week that only includes an additional $1.375 billion in “border security” funding rather than $5 billion or more in dedicated wall funding.

So instead of just accepting the bipartisan deal that Congress had reached, Trump and Senate Majority Leader Mitch McConnell (R-Kentucky) concocted this scheme where Trump would sign the appropriations bill and stave off another shutdown, while at the same time signing an executive order declaring a national emergency to divert over $7 billion from funds dedicated to other projects and programs so he can instead direct the Defense Department to oversee the construction of over 250 miles of U.S.-Mexico border wall.

Ironically enough, the National Emergencies Act of 1976 was one of the post-Watergate “good government” reform bills that were passed as a reaction to past Presidents’ abuse of executive power. Yet since then, Congress hasn’t fully utilized the provisions that allow for Congressional oversight of presidential emergency declarations. And the one time Congress came close in 1983, the U.S. Supreme Court ruled against them. As a result, current law stipulates that Congress must pass a joint resolution to terminate, and then vote to override a President’s veto (which requires a ⅔ + supermajority in both houses) should the President reject Congress’ decision to terminate, in order to revoke an emergency declaration.

This is a constitutional crisis. Article I expressly forbids spending money except as appropriated by Congress. Congress had repeatedly refused to provide funds to build the wall. 2/13

As NYU Brennan Center for Justice’s Elizabeth Goitein has repeatedly explained so well, Trump’s emergency declaration is about far more than a couple hundred miles of “wall”, “fencing”, or whatever else we want to call the additional barriers that may or may not ultimately be built along the U.S.-Mexico border. This actually amounts to Trump taking the constitutional crisis he’s already plunged the nation into and advancing it to the next level by usurping the budget authority that the Constitution explicitly gives to Congress, then directing the Pentagon to build something that doesn’t address any real national security emergency. (And no, a border wall is anything but an effective solution to opioid addiction or violent crime.)

The Democratic-run House will soon consider a joint resolution to terminate Trump’s border wall emergency declaration, and it will be up to the Republican-run Senate to decide whether or not to send the joint resolution to Trump’s desk. Regardless of what becomes of that joint resolution, multiple lawsuits have been filed to stop Trump’s declaration. Last night Nevada Attorney General Aaron Ford (D) announced Nevada is joining California and 14 other states in one such suit, as Trump seeks to divert federal funds from Nellis Air Force Base and local law enforcement support programs to border wall construction. In addition the ACLU, Public Citizen, the Center for Biological Diversity, and El Paso County have announced their own respective suits against Trump.

.@NevadaAG is standing up for Nevadans to challenge this President’s attempt to take critical funds from our military for his expensive & ineffective wall. Congress voted to give the President over $1 billion for border security, he must respect our system of checks & balances. https://t.co/XCtt2ry5I5

Whatever one thinks of Trump’s policy goals, this “emergency” of a publicity stunt also amounts to a power grab that threatens to set a dangerous precedent for future concentration of power in one set of hands. This right here is the real emergency. Trump already has a track record of attempts to amass such power beyond the parameters defined by the U.S. Constitution. If succeeds at this, we’ll then have to ask what will be declared as future “national emergencies”, and what can be done to end the real emergency of a President on track to reach autocratic levels of power. 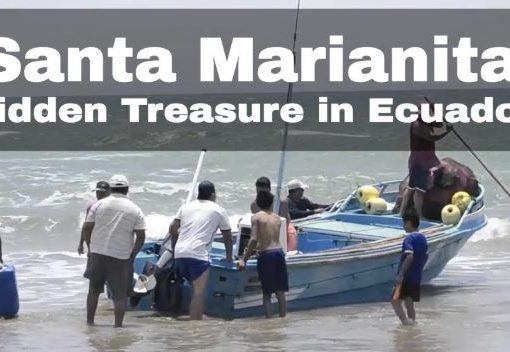 Being in Ecuador During the COVID-19 Pandemic April 4 2020: By: John Williams Ecuador is about the physical size of Nevada or Colorado and has about 17.6 Million residents. The country is made up of
Read More

So Nevada’s primary day has come and gone, and there are still many more ballots left to count. But now that we finally have some primary results to analyze, here we go. Also, we won’t just be talkin
Read More