Back in February, we sought to warn everyone about the real emergency behind President Donald Trump’s “national emergency” declaration. It’s never really been about “The Wall”, and it’s never even been about the “humanitarian crisis at the border” that Trump has only exacerbated with his anti-immigrant regime.

No, there’s something far more nefarious behind Trump’s emergency… Something that’s only exacerbating the nation’s constitutional crisis and threatening the survival of our democracy.

To understand the present, we must remember the past.

In the summer of 2017, two Cabinet officials visited Nevada, and I had to hustle extra hard just to see them. When (then) Interior Secretary Ryan Zinke first came to Nevada on June 26, he held an event tucked inside a community center in Pahrump, some 60 miles west of Las Vegas and even farther from the Gold Butte and Basin and Range National Monuments that Trump had just placed “under review”. No one (at least, no one outside the White House) knew where he would speak, when he would speak, or what he would speak about until the morning of the event. While Zinke did ultimately take questions from me and other reporters present in that room in Pahrump, I wouldn’t have even known about Zinke’s event had my (then) colleagues not figured out Zinke’s plan for that day.

Then on July 12, (then) Attorney General Jeff Sessions came to Nevada to help (then) Attorney General Adam Laxalt (R) lay the groundwork for his “economic anxiety” themed 2018 gubernatorial campaign. Unlike Zinke, Sessions wouldn’t take any questions from any press. While Sessions’ event was right across the street from U.S. Senator Catherine Cortez Masto’s (D) Las Vegas office and a few blocks away from Rep. Dina Titus’ (D-Las Vegas) district office, none of their staff and no one from (then) Rep. Jacky Rosen’s (D) office were invited to participate. And once more, I had to jump through several hoops just to find out where and when Sessions would appear.

And finally in late July, Ryan Zinke returned to Nevada to visit Basin and Range and Gold Butte. Like Sessions’ visit earlier that month, Zinke was very selective in who he met, even to the point of reneging on his previous promise to meet with local elected officials, environmentalists, and Native American tribal leaders who sought to speak with him about the National Monuments. This time, my colleagues and I were given the ultimate run-around by Interior staff, to the point where we had to play a sort of Where’s Waldo game just to find Zinke in Bunkerville.

This isn’t some esoteric philosophical debate. This is affecting the real world right now.

OK, so why am I complaining about two hard-to-reach Trump Cabinet officials who are no longer in Trump’s Cabinet? Here’s why: I need you to understand why Trump’s executive power grabs matter and how they affect you.

Zinke’s and Sessions’ respective “catch me if you can” games were no accident. Rather, these were part of the Trump administration’s larger effort to restrict the flow of information and “control the narrative”. Zinke tried to avoid having “the wrong people” ask “the wrong questions” about Nevada’s federal public lands, public lands that most Nevadans want to remain public and protected. And of course, Sessions sought to sell what would become Trump’s “zero tolerance” anti-immigrant regime as “tough on crime” rather than confront the brutal reality of this regime that would soon wreak havoc in the lives of Cecilia Gomez, Alicia Moya, Jorge Franco, Cesar Lopez, and thousands of other Nevadans and many more at-risk immigrant families across the nation.

These are just two examples of the Trump administration’s efforts to suppress the facts and “control the narrative” on policies that actually affect our lives every day. We can also look to Trump’s ongoing efforts to undermine the nation’s health care system, which probably affects your health insurance one way or another. We can also look to the 2017 tax law that was so haphazardly constructed and hidden from public view that it was partially handwritten when it hit the Senate floor that December, and it’s now being used by the White House to justify their other goal of dismantling the nation’s health care system.

While I often poke fun at the D.C. press corps and how many of them prefer pointless “punditry” over real reporting, it’s important for all of us to remember the value of a free press full of reporters who pursue the truth day in and day out. That’s why I was alarmed when I saw Dana Milbank’s Washington Post column that details how the White House revoked press credentials for him, seven other Post reporters, and dozens more reporters from other media outlets. Under the new White House rules, Press Secretary Sarah Huckabee Sanders has complete discretion over who’s allowed entry into White House events that are supposed to be open to press, and that means stories like CNN’s Jim Acosta being denied credentials to cover the White House may become even more commonplace in a country where free speech and free press are written into our Constitution.

When Trump declared a national emergency in February, I wrote:

“[T]his ’emergency’ of a publicity stunt also amounts to a power grab that threatens to set a dangerous precedent for future concentration of power in one set of hands. This right here is the real emergency. Trump already has a track record of attempts to amass such power beyond the parameters defined by the U.S. Constitution. If he succeeds at this, we’ll then have to ask what will be declared as future ‘national emergencies’, and what can be done to end the real emergency of a President on track to reach autocratic levels of power.”

Coming back to now, we see another example of this with Trump and his hand-picked Attorney General William Barr openly defying Congress with their refusal to honor subpoena deadlines, turn over requested documents, and allow Special Counsel Robert Mueller to testify on the report he authored. House Speaker Nancy Pelosi (D-California) now warns of a constitutional crisis, yet even now she continues to slow-walk the possibility of impeachment, a tool that was explicitly designed for Congress to address constitutional crises. How many more times must Trump talk about prosecuting political opponents and joke about murdering refugees before Congress acts?

This is a crisis. We need to treat this as the constitutional crisis it truly is. We’re long past the time of treating this as an “aberration”, “not worth it”, and some kind of standard “political issue”. We’re now deep in crisis, and it’s long past time we move past cheap political games and baseless gossip so we can focus on what this crisis truly is and how we bring this nation out of it.

Let the Voters Matter: Let’s Have a Primary, Already!

In light of recent headlines on AB 126 and Nevada Democrats’ renewed push to reach the top of the presidential primary calendar, I figure today is a good day to re-up this column from nearly a year ag
Read More 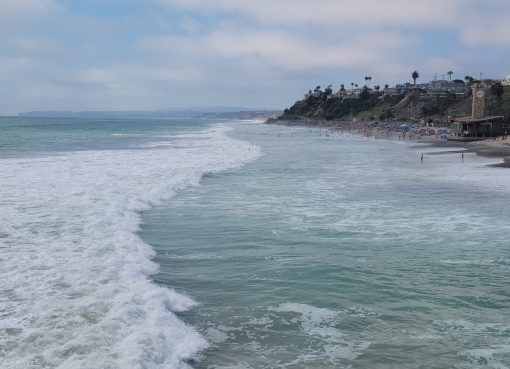 It’s been just over three months since my first COVID-19 vaccine dose. Not only have I begun to rediscover the places and activities that gave me joy in my pre-pandemic life, but I’m also working to d
Read More