We knew this was coming. Ever since the beginning of the House’s impeachment inquiry, Senate Republican leaders have signaled their intent to give President Donald Trump a hall pass regardless of how much evidence of criminal wrongdoing that the House’s impeachment managers presented… And for that matter, how much evidence that Trump himself displayed.

“There will be no fair trial in the Senate.”

Just asked Lisa Murkowski if she agreed with Lamar Alexander that Trump’s conduct was inappropriate, she said: “I would concur.” She also said “yes” she made up her mind on whether to acquit but declined to comment

When we last checked in on the Senate impeachment trial, Republican leaders were trying to pretend John Bolton doesn’t exist while President Donald Trump’s team of “lawyers” (as in, fixers) pretended that disloyalty to Trump should be treated as a crime rather than deliberately jeopardizing national security for political and financial gain.

While Senators Mitt Romney (R-Utah) and Susan Collins (R-Maine) occasionally voiced support for bringing in Bolton to testify, no other Republican stepped forward to demand more witnesses or a better accounting of all the evidence against Trump. Never mind Boltion’s recent admission that Trump ordered the removal of Marie Yovanovitch as U.S. Ambassador to Ukraine, and that Trump ordered the freeze of Congressionally authorized military aid to Ukraine so he could coerce the Ukrainian government (ultimately, unsuccessfully) to “get dirt” on former Vice President Joe Biden.

No, Republican Senators are far more worried about Trump’s threats to put their “heads on pikes”. So late Thursday night, Senator Lamar Alexander (R-Tennessee) released a statement that merely characterized these crimes and threats to national security as “inappropriate”. The next day, Senator Lisa Murkowski (R-Alaska) followed suit with a bizarre admission that “as an institution, the Congress has failed,” but she otherwise threw her hands up as she confessed, “There will be no fair trial in the Senate.”

With Alexander’s and Murkowski’s tacit admissions of fealty to Trump and their party over anything and everything else, any remaining hopes that this trial would be based on law instead of politics were gone.

Might “But Hunter!” become the new “But Her Emails!”?

Last Thursday, Trump and Biden held dueling campaign rallies in Iowa. In Des Moines, Trump mocked Democrats while boasting that he’s getting away with it. Meanwhile just 80 miles away in Ottumwa, Biden did his usual Biden thing (as we’ve witnessed here in Nevada) and pretended that he can somehow turn the clock back and make Trump’s presidency disappear.

Throughout this campaign cycle, Biden has been running on his allegedly unique strength in the “e word”. Yet between Trump’s use of Hunter Biden and his many terrible life choices to lie about Joe Biden’s own record as Vice President and the Biden campaign’s odd struggle to fight back against Trump’s outright lies, I can’t help but wonder if we’re seeing the 2020 version of “But Her Emails!”

For now Biden appears to hold the strongest lead over Trump in most national and battleground state polls, but his lead over Trump is merely marginally better than U.S. Senator Bernie Sanders’ (I-Vermont), and thus far Biden, Sanders, U.S. Senator Elizabeth Warren (D-Massachusetts), and former South Bend (Indiana) Mayor Pete Buttigieg have all generally been tied with or ahead of Trump throughout this cycle. But since the 2020 electoral battleground doesn’t fully reflect the diversity of the whole country, Trump may yet find a way to stay in office, even if he loses the popular vote again. After all, it already happened in 2016.

Even when the trial ends, the crimes continue. What will we do about it?

As we discussed last Tuesday, we pretty much knew all along where this trial would end. I guess the only surprise here is that the Senate trial almost went long enough to keep Sanders, Warren, and the other Senators still running for president out of Iowa tonight. However they all made it to Iowa on time, and the trial is now poised to end this week with Republicans voting in lockstep to acquit.

However, this doesn’t end the crime spree at the heart of this impeachment. If anything, the pending Senate vote to acquit will probably embolden Trump and his crew to continue their lawless behavior. And no matter how much we want to believe we can “turn back the clock to a more innocent time” or “imagine the morning after he leaves office”, there is no magic wand we can wave to make all these “inconvenient truths” vanish away.

Rather, we must realize that this is a constitutional and existential crisis that’s revealed a broken country in need of not just repair, but a full rebuilding and redevelopment of a better and stronger democracy. It’s not enough for us to just acknowledge that this is wrong. We must admit that not only is this “not OK”, but that this year may be our last chance to save American democracy.

In West Las Vegas, Joe Biden Talks Up “Possibilities” And Redefines His Candidacy As Something Bigger

Last night, former Vice President Joe Biden returned to Nevada early to rally supporters in West Las Vegas. As the state Democratic Party has been preparing for its big “First in the West” fundraising
Read More

It may be “Infrastructure Summer”, but we may also finally see some movement on health care soon. As Congressional Democrats and President Joe Biden appear to be back on the same page on their infrast
Read More 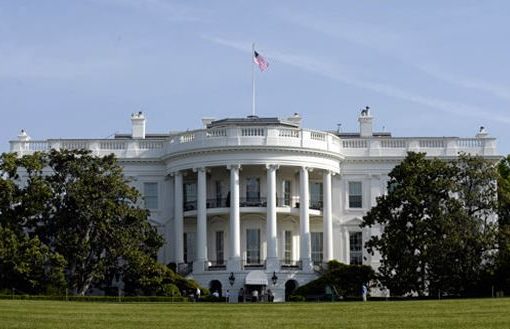 WASHINGTON, D.C. –  U.S. Senator Jacky Rosen (D-NV) has accepted an appointment by the President to join the Congressional Task Force to Re-Open America. “Nevada is one of the states whose economy ha
Read More