Last night, the Senate voted (along party lines) to set the rules for its impeachment trial. Now that the House finally transcribed its two articles of impeachment against President Donald Trump for his attempt to use military aid to Ukraine to compel its government to assist Trump’s reelection campaign, the action has moved to the other end of the U.S. Capitol.

So why did it take so long for the House to turn impeachment over to the Senate? And were House Democratic leaders correct in taking their time?

First off, why did Pelosi hold back the articles of impeachment?

On December 18, 2019, the House voted mostly along party lines to impeach President Donald Trump for his attempt to coerce the Ukrainian government to “get dirt” on former Vice President Joe Biden and his son Hunter Biden, and for Trump’s repeated obstruction of the House’s investigation into this “Ukraine-gate” scandal. And yet, the Senate is set to launch its trial now. Why did they have to wait?

Basically, House Speaker Nancy Pelosi (D-California) sought to adhere to the Russian proverb that President Ronald Reagan once famously uttered: “Trust, but verify.” Senate Majority Leader Mitch McConnell (R-Kentucky) had been signaling since September that he has zero interest in ensuring a fair trial, so Pelosi ordered a delay in delivering the House’s articles to the Senate in order to strengthen Senate Democrats’ hand in negotiating the terms of the trial and/or give Congress more time to notice additional evidence that corroborates the articles of impeachment.

On the first objective, we’ve yet to see whether Pelosi moved the needle at all. Five Republican Senators (Susan Collins [R-Maine], Lisa Murkowski [R-Alaska], Mitt Romney [R-Utah], Cory Gardner [R-Colorado], and Lamar Alexander [R-Tennessee]) are being eyed as potential votes to amend McConnell’s proposed rules to allow sufficient time for witness testimony and presentation of corroborating evidence. But even if four or all five of those Republicans join Democrats later this month to amend the rules to allow for this evidence, they may still join the rest of their Republican colleagues in voting to compel Joe and Hunter Biden to answer questions rooted in grudge matches and straight-up Kremlin propaganda.

Now, let’s review the evidence… Including some new damning material.

On the second objective, however, Pelosi has hit a mountain of pay dirt. Not only did MSNBC bring in huge ratings and plenty of media buzz with Rachel Maddow’s interview with Trump-Giuliani “bag man” Lev Parnas last week, but Parnas revealed to Maddow, and then to CNN’s Anderson Cooper in their own interview, that Trump himself was always at the center of this criminal conspiracy to shake down the Ukrainian government for his benefit and in the service of others in their larger transnational crime syndicate.

In debunking the oft-repeated claim that Trump had no direct involvement in his personal lawyer (and former federal prosecutor and former New York City Mayor) Rudy Giuliani working with Parnas and others to conduct “shadow foreign policy” on his behalf, Parnas declared, “President Trump knew exactly what was going on. He was aware of all my movements. I wouldn’t do anything without the consent of Rudy Giuliani or the president.”

Parnas went on to confirm to Maddow that his, Giuliani’s, and U.S. Attorney General Bill Barr’s Ukraine investigation was never about unearthing or fighting corruption, but rather fostering more corruption. As Parnas hinted to Maddow, “It was never about corruption. It was strictly about Burisma, which included Hunter Biden and Joe Biden.”

In addition to Trump, Giuliani, and Barr, Parnas also implicated Vice President Mike Pence, U.S. Secretary of State Mike Pompeo, Rep. Devin Nunes (R-California), and other top Republican politicians (and Trump family members) in this criminal conspiracy. And Parnas’ interview came hot on the heels of House Democrats releasing evidence showing Giuliani working very closely with Trump to coerce the Ukrainian government to follow their orders and remove Marie Yovanovitch as U.S. Ambassador because she opposed the very corruption they were promoting.

So when will McConnell deliver Trump’s acquittal?

As Day 1 of the trial was underway, cracks began to appear in McConnell’s formerly smooth facade. His original drafted rules called for two 24-hour marathon stretches of opening arguments, but enough Republican Senators balked for McConnell to back off and allow for more time. But from there, McConnell seemingly smoothed it over as Republicans voted in lock step against Democrats’ amendment to subpoena documents and other evidence pertaining to “Ukraine-gate” that the White House refused to turn over to the House during their impeachment inquiry.

Ultimately the Senate voted along party lines to pass a final rules package that automatically provides Senators with all the (recorded) evidence that the House collected up to last month’s impeachment vote, but only allows the possibility of presentation of additional evidence (including witness testimony) pending a future floor vote.

As of now, McConnell appears to be setting a timeline that will allow House Democrats to make their oral arguments today through Friday, then let Trump’s defense team make their oral arguments Saturday through next Tuesday, then present questions from Senators Wednesday and Thursday next week. In the past 24 hours, we’ve seen why McConnell seems to like it this way. So far, Trump’s lawyers have spewed plenty of invective but offered no factual evidence to back it up. McConnell then may allow four hours of debate on Friday, January 31, on a motion to subpoena additional witnesses and documents… And a motion to acquit. And if Republicans vote in lock step on the latter, the trial ends just 72 hours before the Iowa Caucus.

Yes, yes, I hear the #WeMatter complaints. But really, this matters.

Already, we’ve seen some pundits declare former South Bend (Indiana) Mayor Pete Buttigieg the “winner of the impeachment primary” because he can continue campaigning in-person in Iowa, in New Hampshire, here in Nevada, and in South Carolina while Senators Bernie Sanders (I-Vermont), Elizabeth Warren (D-Massachusetts), and Amy Klobuchar (D-Minnesota) are sequestered and under gag orders in D.C. for six days a week… And while former Vice President Joe Biden must either prepare to testify at the trial or prepare to rebut the Republicans’ accusations against him from outside the Capitol.

Of course, we’ve already seen previews of the Sanders and Warren campaign contingency plans to rely more on surrogates and campaign infrastructure to survive the Senate sequester. But of course, we just don’t know yet how voters will respond to surrogates and staffers promoting certain candidates while another candidate gets to make his own case directly to them… Or for that matter, if Nevada Democratic voters really value in-person glad-handing like Iowa Democratic voters seem to.

Apparently, some Nevada Democrats are already lamenting Sanders’, Warren’s, and Klobuchar’s absence from the campaign trail. Can’t we just get over this impeachment crap so we can get back to the pressing matter of the most important preference cards that maybe 10% of Nevada’s registered voters will ever turn in?

Now yes, of course, Nevada Democrats have a very important role to play in choosing the next president, and I hope that more voters participate in the process and break the status quo of American politics feeling like a selective “members only” club. And yet, so long as the current president continues to behave as if he’s the leader of this “members only” club and all of us non-members have no say in what he does, then what’s the point of any of this? If we truly believe #WeMatter, then it’s up to us to stand up for our values, our rights, our Constitution, and our democracy.

She may have been pushed down and counted out in recent weeks. But nevertheless, U.S. Senator Elizabeth Warren (D-Massachusetts) persists. Yesterday, Warren drew about 1,100 supporters to her rally in
Read More 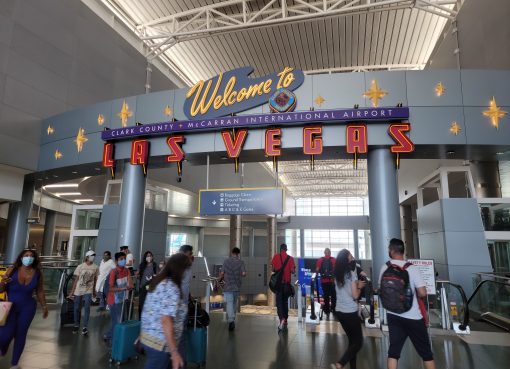 COVID-19 is still spreading, though we’re experiencing another slowdown in new infections nationally and here in Nevada. And even though vaccinations continue at a slower pace, our earlier ramp-up in
Read More