Today, former Vice President Joe Biden returned to Southern Nevada to meet with supporters at his campaign’s “Day of Action” phone banks and speak with additional Democratic voters at a “Local Brews and National Views” small-dollar fundraiser for the Nevada State Democratic Party (not his campaign) in Downtown Las Vegas. We watched Biden at the state party fundraiser, where he (willingly) took questions from a Nevada audience for the first time since announcing his 2020 presidential campaign in April.

Biden answered some questions on immigration, tax reform, health care, and other issues on Nevada voters’ minds. He also questioned the political wisdom and judgment of his more progressive challengers within the Democratic Party as he insisted, “[Younger voters] don’t want someone with a clenched fist and a closed heart. […] They’re not socialists.”

On April 25, Joe Biden officially announced his presidential campaign. Less than two weeks later, on May 7, Biden came to Henderson to rally a mixed crowd of union workers and non-union supporters. As Biden was telling the crowd to “remember who we are,” he had become someone he hadn’t previously achieved: a frontrunner.

Since then, much has changed. Long dismissed by most pundits for her wonky, policy-centered approach to campaign, U.S. Senator Elizabeth Warren’s (D-Massachusetts) call for “big, structural change” has brought in more supporters to “dream big, fight hard, and change America” alongside her. Then at the NBC Debate in Miami last month, U.S. Senator Kamala Harris (D) very cogently made her case while exposing the weakness of Biden’s. And this whole time, South Bend Mayor Pete Buttigieg has emerged as another top-tier contender with his values talks and his eye-popping fundraising hauls while U.S. Senator Bernie Sanders (I-Vermont) remains a force to be reckoned with his base of loyal supporters and his already robust campaign infrastructure.

With both his poll leads and his financial advantage waning, Biden no longer appears to be the “inevitable” frontrunner, as some pundits were suggesting back in April and early May. Yet now that the Democratic nomination contest appears more wide open, how is Biden retooling to get his groove back? And with scandals both real and fictitious still swirling in the media landscape, how does Biden change the narrative?

“I’m running for president because our core values are at stake. […] Everything that makes America America is at stake.”

Earlier today, we saw first-hand how Biden intends to do just that. At the Place on 7th he thanked the Democratic Party activists in the room for “turn[ing] it blue,” then added, “When Democrats run as Democrats, we win.” And he soon added, “We have to win in 2020.”

Then, Biden zoomed out and implored upon the crowd to remember the bigger picture: “I’m running for president because our core values are at stake. […] Everything that makes America America is at stake.”

Biden again said the August 2017 neo-Nazi attack on Charlottesville compelled him to run for president this cycle. And then, Biden went further back in explaining what led him to this moment: “I came out of the civil rights movement as a kid. I was a public defender.” He continued, “I never believed I’d see in my lifetime what happened in Charlottesville.”

“We need effective immigration reform. As President, that is one of the first things I’m going to do.”

So far this year, Biden’s history on racial justice and respect for women’s rights have been called into question. Today in Las Vegas, Biden sought to quell these questions and renew focus on Trump’s racism and misogyny. For Biden, “The President of the United States is the face of America. Is this the face we want to present our children?” He then warned, “If we give Donald Trump an extra four years, it will fundamentally change the character of our nation. Folks, we can’t let that happen.”

Biden then spoke about what he intends to do if he defeats Trump next year: “We need effective immigration reform. As President, that is one of the first things I’m going to do.” He continued, “DREAMers are Americans. […] We have to find a legal path. The fact of the matter is that the majority of undocumented folks are overstaying their visas.”

Former San Antonio Mayor and HUD Secretary Julián Castro has led the conversation on immigration within the Democratic Party with his comprehensive immigration reform plan, and Elizabeth Warren just released her own immigration plan that also includes decriminalizing undocumented border crossings, ending human rights abuses within the nation’s immigration enforcement system, and guaranteeing legal due process for refugees and other immigrants seeking their day in court. Biden didn’t get as specific as they and a few other Democratic candidates have, but he did take credit for advancing a more “border security” heavy immigration reform plan in 2013 and advancing then President Barack Obama’s more proactive strategy to address the root causes of the Central American refugee crisis.

“A lot of people, even in our own party, want to get rid of Obamacare and start something new. […] Folks, we can’t do that.”

In addition to immigration, Biden addressed other matters of economic justice during his “Brews and Views” presentation. According to Biden, “My north star will always be to rebuild the American middle class, and bring every American on board. Wall Street didn’t build America, you did!”

Yet while Biden’s “Middle Class Joe” economic justice platform has occasionally been compared to Bernie Sanders’, Biden drew several contrasts. On health care, he quipped, “A lot of people, even in our own party, want to get rid of Obamacare and start something new. […] Folks, we can’t do that.” Biden said that after being introduced by Rep. Dina Titus, who’s on record in support of “Medicare for All” single-payer health care.

Biden instead touted his own health care plan, which preserves private health insurance while offering a Medicare-style public option to consumers who want it, a plan similar to those already offered by Senator Amy Klobuchar (D-Minnesota), former Rep. Beto O’Rourke (D-Texas), and Pete Buttigieg. As Biden described it, “Health care is not a privilege, but a right. They deserve peace of mind, as soon as possible. If you like the insurance you have, you can keep it.”

“They don’t want someone with a clenched fist and a closed heart. […] They’re not socialists.”

Towards the end of the program, state party organizers opened the floor to audience Q&A. While Biden touted his ideas on public education, climate change, and tax reform, he also talked about Sanders some more. He condemned Sanders’ proposed 7.5% payroll surtax and targeted 4% income surtax to pay for his “Medicare for All” plan as “taxes on the middle class”.

And when asked why younger voters are demanding more radical and progressive change, Biden refused to even acknowledge the premise: “There’s this fictions that millennials want this radical change. The truth is they don’t. They want rational policies that work.” He continued, “They don’t want someone with a clenched fist and a closed heart.”

And Biden had one more retort that was even more directly aimed at Sanders: “They’re not socialists. They just want corporations to pay their fair share. […] They’re pretty damned smart. They know what needs to be done.” Never mind polling data showing younger progressive voters and Democratic voters overall favoring bigger change over smaller tweaks, Biden had his story and he was sticking to it. He also stuck to his story of Trump’s rise to power merely being “an aberration”, and he expressed hope that a Biden presidency can restore a bipartisan consensus that many in the younger generations sense is long gone. “I believe we have to unify America. It’s not delusional or naive,” Biden insisted.

Biden also declared, “This is the United States of America. There is not a single, solitary thing we can’t do as a people if we work together.” Time will tell if Biden understands the moment we’re living in, or if he’s hanging onto a past that will never return. Ultimately, it may be up to Nevada Democratic voters to decide which one is true next February. 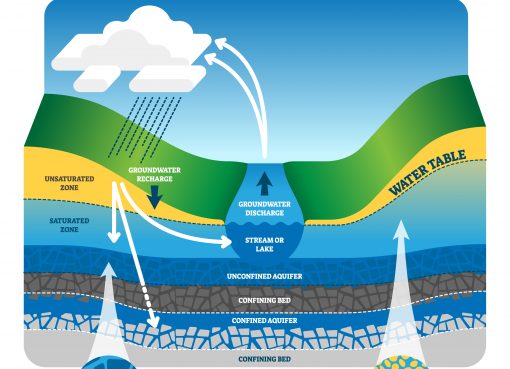 In 1967, Dr. George B. Maxey (1917-1977), Executive Director of the Desert Research Institute Water Resources Center, Reno, addressed the perennial yield concept in groundwater management. [i] He a
Read More 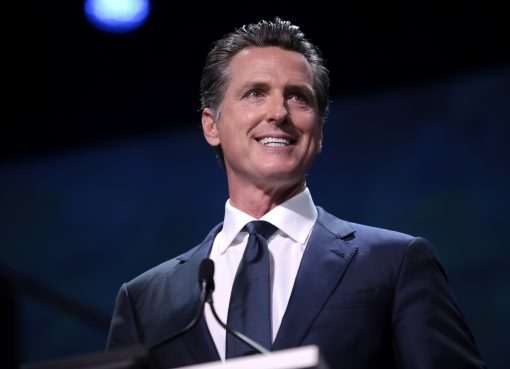 This year's California Recall special election has felt like a political earthquake with national reverberations. For a spell, some Democrats got the jitters over scary poll numbers and rumors of an "
Read More