Moments ago, the U.S. House passed H.R. 24 to impeach outgoing President Donald Trump for inciting insurrection last Wednesday. Let’s review all that led up to today’s historic impeachment vote, and let’s assess why this impeachment during Trump’s final days in office really matters.

How did impeachment return to the table in Congress?

does good guy @tedcruz have a statement here? https://t.co/89xRVWNRRV

In the first days following last Wednesday’s terrorist attack on the U.S. Capitol, Americans were reminded of the series of events that led to outgoing President Donald Trump’s pursuit of a coup d’etat. Even after their own place of employment and our own seat of government were attacked, leaving five people dead, Republicans began to re-whip support for Trump. And even as some Democratic members of Congress moved immediately to hold Trump accountable, including Nevada’s own Reps. Steven Horsford (D-North Las Vegas) and Dina Titus (D-Las Vegas), House Democratic leaders nonetheless took their time to endorse impeachment.

But once the vast majority of House Democrats quickly got behind a second round of impeachment, and as news began to break on a few House and Senate Republicans suggesting they may support impeachment, House and Senate Democratic leaders eventually coalesced behind an article of impeachment against Trump: “Donald John Trump engaged in high Crimes and Misdemeanors by willfully inciting violence against the Government of the United States. He threatened the integrity of the democratic system, interfered with the peaceful transition of power, and imperiled a coequal branch of Government. He thereby betrayed his trust as President, to the manifest injury of the people of the United States.”

Once Reps. Liz Cheney (R-Wyoming), Adam Kinzinger (R-Illinois), and John Katko (R-New York) promised to vote for impeachment in the House, then once U.S. Senate Republican Leader Mitch McConnell (R-Kentucky) began to hint that he might support conviction and removal in the Senate, these confirmed and rumored Republican crossover votes not only provided “bipartisan” cover for previously wavering Democrats, but also encouraged additional Republicans to endorse impeachment, such as Reps. Jamie Herrera Beutler (R-Washington), Dan Newhouse (R-Washington), Peter Meijer (R-Michigan), and Anthony Gonzalez (R-Ohio). This has all happened as reports piled up on Trump’s and his rump administration’s dangerous state of mind, and of growing threats of additional far-right extremist terrorism.

"There was clear intent. The Trump family and their enablers knew what they were doing when they incited a violent attempted coup. That is clear over and over. We've watched their assault on our democracy for years." — @AndreaChalupa on @gaslitnation https://t.co/Yb23MQTUAg

When Donald Trump declared a “national emergency” in February 2019 to steal Congressionally authorized military construction funds for his desired border wall, I warned, “This ‘emergency’ of a publicity stunt also amounts to a power grab that threatens to set a dangerous precedent for future concentration of power in one set of hands. This right here is the real emergency. Trump already has a track record of attempts to amass such power beyond the parameters defined by the U.S. Constitution. If Trump succeeds at this, we’ll then have to ask what will be declared as future ‘national emergencies’, and what can be done to end the real emergency of a president on track to reach autocratic levels of power.”

Later that year, Trump attempted to coerce the Ukrainian government to “get dirt” on Joe Biden and boost Trump’s own reelection campaign. That, in turn, prompted Trump’s first impeachment in December 2019, followed by all but one Senate Republican (Mitt Romney [R-Utah]) voting in February 2020 to keep Trump in office. Around that same time, Trump was privately admitting to Washington Post reporter Bob Woodward the severity of COVID-19 while making no preparations to protect the American people from the oncoming pandemic, instead repeatedly lying to Americans about the severity of COVID-19.

While millions of Americans were voting early in the presidential election last October, Cindy McCain stated, “For me, what makes a difference is that I feel very unsafe right now. I feel like my country has forgotten me, and my sons, and my daughters,” as she and other Arizona ex-Republicans sounded alarms over Trump’s trashing of America’s national security infrastructure. After the election, the nation’s national security apparatus only diminished further in a series of purges and other departures, and that largely flew under the mainstream media’s radar amidst Trump’s continuing efforts to cancel his election loss to President-elect Joe Biden.

Finally, we fast forward to this year and this month: Donald Trump tried once more to coerce Georgia Secretary of State Brad Raffensperger (R) into committing election fraud on his behalf. But after Raffensperger again denied Trump his request for fraud, followed by outgoing Vice President Mike Pence’s refusal to try to overturn the election results last Wednesday, Donald Trump escalated his coup d’etat attempts by directing insurrectionists to the U.S. Capitol, and that led to the attack on the Capitol that resulted in the deaths of Capitol Police officers Brian Sicknick and Howard Liebengood, as well as the deaths of four of the terrorists. According to Maryland Governor Larry Hogan (R) and multiple reports in the last week, the National Guard was slow to assist the Capitol Police in quelling the insurrection because Trump refused to call for their help.

“We must send a clear message that committing sedition disqualifies someone from serving in office.”

– Rep. Steven Horsford, on his vote to impeach Donald Trump

To hardly anyone’s surprise, Rep. Mark Amodei (R-Carson City) told Nevada Newsmakers during their taping on Monday that he opposes impeachment, even as Amodei admitted that Trump “has a responsibility” for the “Shameful […] Historical. Awful.” attack on the U.S. Capitol.

Though Amodei himself did not suggest pressure from the White House or his fellow House Republicans affected his vote, multiple other media outlets have reported that some of Amodei’s fellow House Republicans feared for their lives over the decision on whether or not to impeach Trump. We’ve also seen growing reports that a few House Republicans, such as Reps. Lauren Boebert (R-Colorado) and Andy Biggs (R-Arizona), assisting the insurrectionists in the final hours leading up to their January 6 attack.

Earlier today, Rep. Steven Horsford (D-North Las Vegas) took to the House floor to explain his vote for impeachment as such: “Donald Trump incited insurrection against America and attempted to overturn the will of the people. We must send a clear message that committing sedition disqualifies a president from serving another day in office.”

Finally, the House voted on impeachment.

President Trump incited an attack on the U.S. Capitol building, the people who work there, Vice President Pence, and the United States of America. The case for impeachment is overwhelming.

As expected, Reps. Dina Titus (D-Las Vegas), Steven Horsford, and Susie Lee (D-Las Vegas) all voted for HR 24, the bill to impeach Donald Trump for inciting insurrection against the United States, while Rep. Mark Amodei voted against HR 24. The final floor vote was 232-197, with a total of 10 Republicans joining all 222 Democrats to impeach Trump.

Now that the House has impeached Trump, the Senate will eventually hold a trial to determine whether they’ll do this time what 52 Republican Senators refused to do last year. There’s just one catch: Because McConnell moved the Senate into recess until January 19 and has since refused calls to call the Senate back into order sooner, Trump’s fate on impeachment may not be determined until after he’s legally obligated to turn the presidency over to Biden.

So in the meantime, an incredibly weary and frightened nation must wait and watch and try their best to ensure that the president whom most of them voted for is the president who will take office next Wednesday. Never again can we take democracy for granted.

Tonight, the House voted mostly along party lines to impeach President Donald Trump for abuse of power and obstruction of justice. What many Constitutional law experts and national security specialist
Read More

These past three months have been quite exciting for Nevada progressives. Democratic presidential candidates continue to pour in and out of our fine Silver State, promising the moon, the stars, the mi
Read More 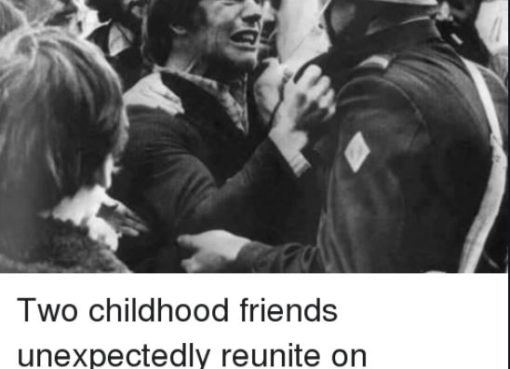