It’s been over two months since the U.S. House passed the Justice in Policing Act following the murders of George Floyd, Breonna Taylor, Ahmaud Arbery, and other black Americans as the result of “officer-involved shootings”. Today, Rep. Steven Horsford (D-North Las Vegas) joined three of his fellow House Democrats on a press call to demand an end to Senate Republicans’ blockade of the Justice in Policing Act and essential government funding and COVID-19 relief legislation.

This story is too eerily familiar: The House passed a bill, and it’s still stuck in the Senate.

On June 25, the U.S. House passed the George Floyd Justice in Policing Act on a near party-line 236-181 vote. While three Republicans crossed over and voted with all Democrats in favor, Rep. Mark Armodei (R-Carson City) stuck with the rest of the Republican caucus in voting against the bill. And like so many other bills that the Democratic-run House has passed since early 2019, the Justice in Policing Act is going nowhere fast in the Republican-run Senate.

Earlier last decade, it appeared that federal and state-level policymakers were nearing some kind of bipartisan consensus on criminal justice reform. But following passage of the First Step Act to allow for more leniency in sentencing and time served (for select federal offenses) in December 2018, President Donald Trump has since moved the Republican Party away from such “reform” and back towards the kind of “law and order” messaging that traditionally been used as a racist “dog whistle”. Meanwhile on the left, progressive activists have been pushing harder to move the Democratic Party away from the less overtly racist but still problematic “tough on crime” policies that became a centerpiece of Bill Clinton’s presidency during the 1990’s.

Getting back to this decade and the Justice in Policing Act, Rep. Steven Horsford (D-North Las Vegas) joined Reps. Sheila Jackson Lee (D-Texas), Al Green (D-Texas), and Marc Veasey (D-Texas) for a press call to discuss not just the current state of this bill, but what the fate of this bill (thus far) says about the state of American democracy in 2020.

“Americans across the country have taken to the streets to call for change in our police and justice systems. I stand with those peacefully protesting for law enforcement accountability, increasing transparency, and ending police brutality.”

As we discussed in June, the Justice in Policing Act bans chokeholds (like the one that killed George Floyd), bans “no-knock warrants” for federal drug crime investigations, creates a national registry to track police misconduct, expands the scope of police misconduct eligible for federal criminal prosecution, and ties federal funding for state and local law enforcement agencies to reform benchmarks going forward. While Republican leaders have derided this bill as “radical”, some Black Lives Matter movement leaders have criticized this bill and other leading Democratic proposals for not going far enough in redirecting funding away from enforcement-heavy police regimes that mostly target communities of color.

During the call, Horsford declared, “The murders of George Floyd, Breonna Taylor, and Ahmaud Arbery, and the shooting of Jacob Blake, are heartbreaking reminders that we have a lot of work to do to change policing in America. These deaths and casualties will not be in vain.” He continued, “We’re calling on [Senate Majority Leader] Mitch McConnell [R-Kentucky] and the Senate to bring up the Justice in Policing Act for a vote.”

And in a pre-buttal to Donald Trump’s expected speech in Kenosha, Wisconsin, today, Horsford made clear, “Americans across the country have taken to the streets to call for change in our police and justice systems. I stand with those peacefully protesting for law enforcement accountability, increasing transparency, and ending police brutality. I condemn any form of violent protests and looting that only serve to harm communities. I support federal efforts that will save lives, heal our nation and bring us together as a people.”

“The House is the people’s house. We’re skilled at negotiating. I can see the Justice in Policing Act being attached to [a must-pass] appropriations bill.”

As we’ve previously noted, the Justice in Policing Act is far from the only House-passed bill to get shelved in the Senate. But with the September 30 federal budget deadline fast approaching, some state and local officials are holding onto hope that Congress will agree on some version of the HEROES Act to provide more state and local relief funds, resumption of expanded unemployment income, and more funding for desperately needed COVID-19 testing and contact tracing. While Horsford praised Governor Steve Sisolak’s (D) decision to extend Nevada’s residential eviction moratorium through October 14, he also faulted Trump and McConnell for blocking the HEROES Act and forcing state and local governments to make these kinds of hard choices.

In response to my question on whether the September 30 budget deadline is having any effect on the Senate blockade on the Justice in Policing Act, the HEROES Act, emergency funding and service guarantees for the U.S. Postal Service, and the House-passed appropriations bills, Horsford replied, “There is negotiation. The White House Chief of Staff reached out to [House Speaker Nancy Pelosi (D-California]. The Speaker has since updated us on the progress of [those talks]. Unfortunately, the Senate left town without passing another COVID-19 relief package.”

Horsford went on to express hope that the White House and Senate Republicans will accept some kind of agreement with Democrats on all these pressing matters, though he declined to indicate whether Democrats will require some kind of omnibus package addressing all these matters in exchange for some kind of bipartisan budget deal. Rep. Sheila Jackson Lee, however, did say this: “The House is the people’s house. We’re skilled at negotiating. I can see the Justice in Policing Act being attached to an appropriations bill [to keep the federal government up and running].”

“We need to pass this bill soon so we can show these young people that they were right to take to the streets [peacefully], and that we have listened to them.”

While Trump, his far-right allies, and (almost entirely white) national media pundits have expressed more interest in how recent events in Kenosha, Wisconsin, and Portland, Oregon, are affecting Trump’s poll numbers, these members of Congress called on Senate Republican leaders to stop playing politics with people’s lives. And while these the White House and various (again, almost entirely white) media pundits prefer to focus on who’s attacking whom at which protest, these members of Congress called on their colleagues and the media to focus on the crisis at the root of these protests.

Rep. Marc Veasey told a story of a Ft. Worth police officer’s description of how he patrols the community to better illustrate this fierce urgency of now: “The officer told me, ‘If I approach a car with white kids, or a car with Hispanic kids, or a car with black kids, I approach that car differently depending on the race of those in the car.’” Veasey continued, “They didn’t think that was that big of a deal, but this is an example of the structural racism that the Justice in Policing Act seeks to address. We need to get the job done now.”

While Veasey and the other members of Congress acknowledged that the Justice in Policing Act won’t fix the entirety of America’s crisis of structural racism, they made clear that if White House and Congressional Republican leaders truly want to address the unrest, they must address the institutional racism and police violence at the heart of this crisis.

Or as Jackson Lee put it, “The people in the streets have been peaceful protesters. There’s something called hope that can allay the anger in the streets that’s mounted because they fear that they haven’t been heard.” She then added, “We need to pass this bill soon so we can show these young people that they were right to take to the streets [peacefully], and that we have listened to them.”

You have constitutional rights, regardless of what anyone claims. If you are in need of legal assistance, check with the Legal Aid Center of Southern Nevada, Washoe Legal Services, Volunteer Attorneys for Rural Nevadans, and the Nevada Supreme Court’s Self-help Center. If you’d like to help during this time of need, check out Justice for Jacob Blake, the Milwaukee Freedom Fund, ACLU of Nevada, PLAN’s Las Vegas Freedom Fund, Black Lives Matter, Color of Change, and additional organizations across the nation who need our support.

COVID-19 Update: Back with a Vengeance 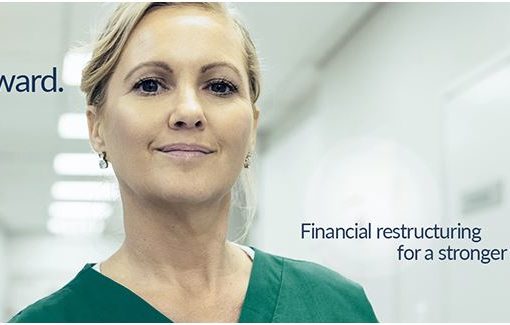