After many months of seemingly endless back-and-forth over whether “Medicare for All” single-payer health care will bring about the Democratic Party’s damnation or salvation, most of the presidential campaigns and media pundits may finally be tiring of this argument.

Finally, he got his surgery.

For nearly two months, my dad and the larger family have had to figure out how to navigate three hospitals, several cities, multiple freeways, the HMO system, my dad’s health insurance, and the often harrowing overall labyrinth of America’s health care system. That all came to a head last week, when the second hospital where my dad’s health insurance wanted him to undergo surgery.

After several days of delays and excuses, his medical team at the third hospital couldn’t take it any more. One doctor lost his job after losing his s–t in front of my dad, but another doctor swooped into the rescue. He confirmed all the existing medical data proving my dad needed this heart surgery, and he filed an expedited appeal with the insurance company. The insurance company finally relented, the second hospital was finally taken out of the equation, and my dad finally had surgery the following day.

We’re not just our own story, but also part of the larger story of health care in America.

Unfortunately, my dad isn’t the only American who’s had to navigate choppy waters on the voyage to better care. Hell, in a lot of ways, he’s one of the lucky ones.

8.5% of Americans went without health insurance in 2018, and 2018 was the first year the uninsured population grew since the Affordable Care Act (ACA, or Obamacare) became law in 2010. Millions more Americans technically have health insurance, but are caught in “junk insurance” plans that don’t adequately cover major incidents or everyday needs. And according to a study published in the American Journal of Public Health in February 2019, about 530,000 bankruptcies are filed every year due to overwhelmingly high health care bills.

As we’ve been discussing ad nauseum, the ACA has done a great deal to expand coverage and lower costs for millions of Americans. From pre-existing condition protections to mental health parity, and from Medicaid expansion to improvements to Medicare Advantage, there’s plenty here that many Americans had perhaps been taking for granted until President Donald Trump embarked on his campaign to kill the ACA.Yet with all this said, my dad’s own heart attack and aftermath experience revealed just how much more room for improvement there still is.

Can’t we do better?

Also as we’ve been discussing ad nauseum for months, the health care conversation on the campaign trail doesn’t always match what we experience in real life. On the Republican side, Trump and his allies celebrate their drive to destroy the ACA, but they never come clean to the American people on what would really happen if they were to actually “repeal and replace Obamacare“.

On the Democratic side, the 2020 presidential candidates have been arguing over the possible political ramifications of “Medicare for All“, but some of them haven’t always been honest about what’s in their own plans and what their rivals actually want to accomplish with single-payer. Dare I say, all these “values” talks are a bunch of “malarkey” if we can’t actually be honest with ourselves and each other about the ongoing shortcomings with the status quo and what we must do to ensure that people like my dad and his neighbors here at the third hospital don’t fall through the cracks.

Of course, there’s no one solution that will magically make all of this go away. Even in countries that already have some form of single-payer, they’re still struggling with issues of funding and quality of care. We’ll eventually need to talk more about everything that we must address. But right now, as my dad is anxiously awaiting his release from the hospital, and as he continues to complain about the staff shortages, inconsistent food quality, contradictory communication, and other issues we’ve encountered here, I can’t help but think we can do better for our people. 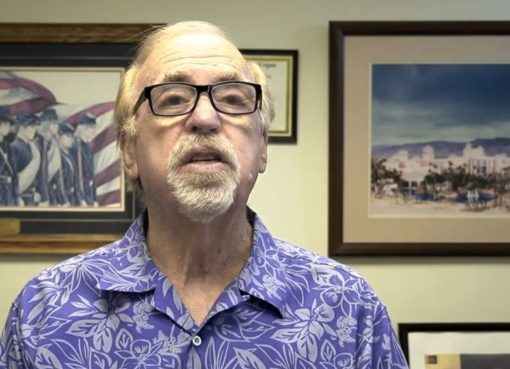 Patriotism during World War I in Central Oregon

Taken from Antelope, The Saga of a Western Town by Arthur H. Campbell Because so much wheat was diverted to the military, there was a shortage of this product from home consumption. The shortage was
Read More