I know I’ve been silent for a while, but I think now’s the right time to speak. As most of you already know, these last few months haven’t been the easiest for me. But in the last two weeks, a major life event has rocked my entire family.

My dad suffered a heart attack and a fall that resulted in a brain injury and an eye infection. The last 12 days have forced me to deal with a whole lot… Including the closest examination of the nation’s health care system that I’ve ever had to do. Here’s what I’ve found so far.

The news from that Friday night

Friday, November 22, 2019, was supposed to be a happy day. And for much of the day, it was. I had finished packing. I checked everything off my checklist. I already spoke with my father. I was about to venture home for Thanksgiving.

Then, just after 6:00 PM, my phone rang. It was a family member. She had to break some news to me about my father.

He was in a hospital. He was in a coma. I didn’t know much else, and not too many others did either. From that point on, what I had assumed would be a pleasant Thanksgiving week with family took a very different turn.

From deep freeze to sudden thaw

In a strange twist of luck, I had already booked a flight for the morning of Saturday, November 23. After an hour of deliberating whether to change flights, I decided to stick with the planned flight. However, the rest of my itinerary changed dramatically.

As soon as I landed in Long Beach (California), we hurried to the hospital in Orange County. There I found my dad lying in a bed in ICU (or the intensive care unit). He was in a coma, and he was quite cold to the touch.

The latter was not an accident. His medical team there used a more recent temperature therapy program where they brought his temperature down, then gradually back up, in order to stabilize him. Fortunately it worked, as my dad emerged from the coma on Sunday the 24th. However, our new odyssey into the inner workings of America’s health care system was far from over.

While the candidates are debating it, my family and I are living it.

For the past year, we’ve been following along and digging deeper while the 2020 Democratic presidential candidates have been debating each other on health care. While President Donald Trump continues his efforts to undermine and chip away at the Affordable Care Act (ACA, or Obamacare) he’s long sought to fully repeal, the Democrats running against Trump have been arguing over whether to adopt a narrower agenda of reversing Trump’s sabotage attempts and enhancing the ACA with new features like a public option (or an opt-in public health insurance plan open for anyone to buy into), pursue a “Medicare for All” universal health care system that reflects the current mix of public and private in the U.S. Medicare program for seniors and select Americans with disabilities, or embrace a vision of “Medicare for All” akin to Canada’s Medicare and other single-payer (or universal public health insurance) systems.

All too often, this debate sinks into a constant array of crass cheap shots, oversimplified talking points, and an obsessive level of attention paid to poll numbers rather than the actual policies being considered. But today, we’re doing something different. Today, we’re looking more closely at how the system truly works and what this says about the ACA as it is and the candidates’ plans to change it.

While I usually do my best to keep myself out of the story, today is different. Since my family and I have been living it for nearly two weeks, we might as well examine our own health care story to better understand what’s at stake for all of us.

No, Obama didn’t cut my dad’s Medicare. I have the receipts to prove it.

In the first days after then President Barack Obama signed the ACA into law in 2010, Republicans accused Obama of “taking away your Medicare”. Two years later, presidential candidate (now U.S. Senator) Mitt Romney (R-Utah) would go on to argue that “Obama cut Medicare to pay for Obamacare”.

Disclaimer: My dad has a Medicare Advantage plan. While it hasn’t always felt perfectly supportive in the past two weeks (more on that below), all of his care thus far has been covered. And as of now, our out-of-pocket costs have been kept to an absolute minimum.

Medicare’s been there for him, but everything hasn’t always been a clear Advantage.

In less than two weeks, my dad has been placed in three different hospitals. As I write this now, I’m trying to figure out whether he’s been moved to the third hospital in Orange County. When he was moved to the second hospital, the announcement was not just last-minute, but we learned about it from my dad himself.

One of the reasons he moved to the second hospital was their specialty in cardiovascular health. Another was his insurance, particularly the HMO (or health maintenance organization) his Medicare Advantage insurer placed him into. Since the first hospital was not on the HMO’s list of approved health care providers, he was moved to the second hospital once he was deemed safe for transport. Strangely enough, a social worker at the first hospital warned us about this very HMO maneuvering after I provided my dad’s Medicare Advantage information.

It hasn’t always been easy for us to keep track of where my dad is, and it hasn’t always felt reassuring to sift through all my dad’s insurance paperwork and ensure the hospitals keep track of all his insurance paperwork. While some of these administrative actions are likely unavoidable, these last 12 days have served as a frustrating reminder of how little “freedom” we actually have in our “free market” health care system.

Breaking News: “Choice” and “freedom” aren’t as clear-cut as certain politicians and corporate interests want you to think.

As my dad and the family have had to learn the hard way, private health insurance doesn’t always result in “more choices” for patients. As we’ve also had to learn the hard way, he’s already had to pay for the care he’s now receiving. And as The Washington Post recently reported, health insurance industry lobbyists have used state lawmakers to advance their anti-single-payer talking points, and those insurance industry talking points have rather conveniently been amplified by Biden and Buttigieg in their escalating war of words with Sanders and Warren over “Medicare for All”.

Of course, there’s evidence in Canada and the U.K. that suggests single-payer is not the panacea that some advocates claim here in the U.S. However there’s also evidence in Canada, the U.K., and other single-payer nations that suggests single-payer health care delivers overall better care at an overall better cost to patients and society. For all the attacks over “socialized medicine rationing care to patients”, we must acknowledge that rationing has already been occurring in our mostly private system. And for all the attacks over “taking away patients’ choices”, we must admit that choice always comes at a cost, and that most Americans only have so many choices available depending on what kind of health insurance they have (if they even have any).

As of now, I’m still awaiting confirmation that my dad has safely arrived at the third hospital, where he will receive needed treatment for the eye infection that developed after the head injury that occurred upon his heart attack on November 22. It’s frightening as hell to think of what might happen next and where he might have to go next.

At the same time, we’re fortunate enough that he has good enough insurance to guarantee he gets the care he needs. And thus far, he’s benefitted from good care at the first two hospitals where he’s been treated. Thanks, Obamacare. (No, really.)

This certainly wasn’t the health care policy crash course that any of us wanted, but it’s the crash course we’ve had to learn from. So next time you hear politicians yell and scream about “choice”, “rations”, “taxes”, or anything else health care related, look around you, look more closely at all the fine print in your own health insurance plan (if you have one), and remember that everything isn’t always as neat or pretty as that campaign ad you just saw. 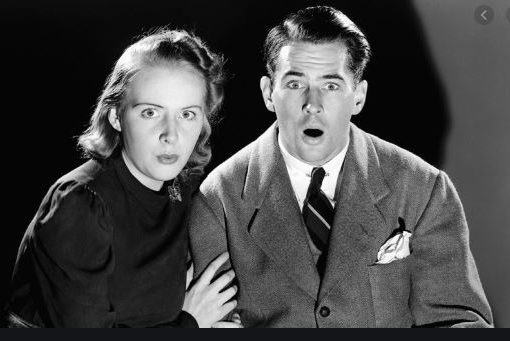 COVID-19 appears to be spreading more slowly and weakly as Nevada’s and the nation’s stats continue to improve. But at the same time, vaccine distribution is just beginning to ramp up following a slow
Read More