For years, we’ve been tracking far-right extremist movements, fact-checking politicians’ dangerous “dog whistles”, and warning about the potential for future violence. Today, we’re taking a quick trip down Memory Lane as a reminder of the real danger we still face here and now.

This article was originally published on August 5, 2014. As always, I made minor fixes to clean up some language and fix any broken links.

Yesterday, they reached a new low. We’ve been tracking their dog whistles for some time. But yesterday, one of them finally dropped the dog whistle and spoke it in plain English.

While other Republican politicians have continued with the coded language based attacks on President Barack Obama, Rep. Mo Brooks (R-Alabama) decided to simply decode the dog whistles. Of course, supreme far-right dog whistler Laura Ingraham begged him not to decode the dog whistles to the general public. But alas, he didn’t listen to her.

And now, the reason for Republicans’ hardening opposition to comprehensive immigration reform has become crystal clear.

No really, this hasn’t been new for Mo Brooks or the overall Republican Party for quite some time.

Believe it or not, Rep. Brooks then doubled down on his “War on Whites” platform this morning. And why not? This isn’t the first time Rep. Mo Brooks spilled all the beans on what the real Republican Party immigration plan is.

This also isn’t the first time we’ve heard a far-right politician repeat verbatim the misleading and xenophobic rhetoric from John Tanton and the late Barbara Coe. This was just a rare instance when a far-right politician accidentally gave us a sneak peek of what’s happening behind the curtain. This is a chance for us to examine what’s behind the veneer of “rebranding“.

Back in April, Cliven Bundy decoded the far-right dog whistles. That’s why they quickly cut him loose after that media firestorm. They stuck by him while he was bringing in dangerous Patriot Movement militia outfits to Southern Nevada to fight his “Range War” against the rule of law. They stuck by him when he brought in Richard Mack for “security”. No, they only cut Cliven Bundy after he “said the quiet part out loud”.

As we often say around these parts, this did not “come out of nowhere”. That includes the Republican Party’s ongoing bout with Trumpism.

Senator Rand Paul (R-Kentucky) was publicly campaigning alongside notorious anti-immigrant Rep. Steve King (R-Iowa) yesterday. He’s also done plenty of his own pandering to the 21st Century Know Nothings by doing everything possible to kill comprehensive immigration reform. But when two DREAMers showed up to decode these Republicans’ anti-immigrant dog whistles, Senator Rand Paul ran away from them. Meanwhile, Rep. Steve King grabbed a DREAMer Erika Andiola‘s arm and yelled about some conspiracy theories that probably originated with John Tanton.

These politicians on the far-right side of the Republican Party are all too happy all too often to communicate in coded dog whistles to their “TEA” addicted base (cases in point: Sharron Angle and Mitt Romney). But when one of them forgets to do the dog whistle and instead cracks the code to all the rest of us, the rest of them panic. That’s not due to the actual policies they’re all espousing, but rather because their revelations make for “bad optics“.

Unfortunately for them, they just decoded themselves. And we can all see what’s truly behind their “tough talk on immigration”.

Postscript #1: Why does the current Republican Party feel like a very dark “reimagining” of Groundhog Day?

Contrary to the hopes of “resistance liberals” and “Never Trump conservatives” who looked forward to Trump-aligned Republicans being punished politically following their involvement in Trump’s attempted coup that culminated in the January 6 Attack on the U.S. Capitol, that just doesn’t seem to be happening. As we discussed yesterday regarding Nevada Republicans’ sudden disavowal of Secretary of State Barbara Cegavske (R), Trump has only strengthened his stranglehold over the Republican Party because party “leaders” would rather appease Trump than turn away from the ideology of Trumpism that they had already begun to adopt well before Trump got on that escalator.

Postscript #2: Can we please stop falling for these publicity stunts already?

As Central American refugees continue to travel through Mexico and reach the U.S. Border in search of the legal asylum that they are entitled to request, Republicans like House Minority Leader Kevin McCarthy (R-California) have returned to South Texas and repeated the typical far-right talking points in railing against the “border crisis” they solely blame President Joe Biden for. While immigrant rights activists have sounded the alarms over the continuing detention of refugee children, this crisis began long before Biden took office, and there is zero evidence behind McCarthy’s and other Congressional Republicans’ claims of “terrorists” allegedly crossing the U.S.-Mexico Border.

It doesn’t matter how many times these politicians claim, “We’re not racist.” As long as they endorse racist policies, and as long as they seek alliances with openly racist movements, their empty words are just that: They have no meaning. Their actions alone do plenty in helping us decode their dog whistles. 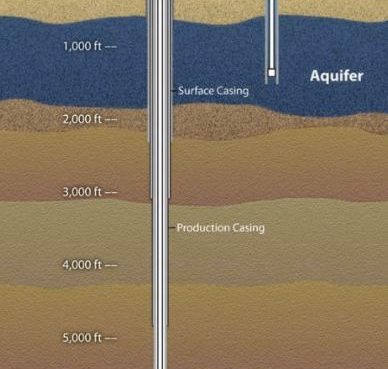 Currently, Nevada lacks even marginal gas reserves, and only a limited amount of natural gas is produced.[i] According to the Nevada Commission on Mineral Resources, there were five hydraulically fra
Read More

2018 Election Forecast: Will the Blue Wave Wash Over the Silver State

Last week, we examined how a “Big Blue Wave” might lead to a near-wipeout for Nevada Republicans in Washington, D.C. Today, we’re checking in on Carson City to see how such a big wave would crash down
Read More