Over eight years ago, I made my first leap into great “Water War” that has vexed Nevada and the rest of the American West for decades. For thirty years, the Southern Nevada Water Authority (SNWA) has proposed a pipeline to deliver water from Lincoln and White Pine Counties into the Las Vegas Valley. Today we’re revisiting a report from 2011 to understand why it’s been so controversial for so long, and we’re providing an update in 2019 to see why it’s still so hotly debated here and now.

Today, we’re taking a ride in the time machine all the way back to August 18, 2011. Hang tight, as my first foray into Nevada’s “Water War” fits into current events that we’ll touch upon later. As per usual, I’ve cleaned up some language and “repealed and replaced” broken links for better reading.

Earlier this week, Henderson Convention Center was host to the latest battle in the ongoing war for rural Nevada and Utah water. While the Southern Nevada Water Authority (SNWA) got some high profile support at the BLM (federal Bureau of Land Management) hearing in Henderson this week (even if they were still outnumbered 4:1 by opponents), the angry tongue lashings against SNWA’s water grab were much more unanimous at the BLM hearing in Ely last week. And in Elko, some high profile opposition hammered at the water grab proposal.

Former Assemblyman John Carpenter [R-Elko] testified he has had a lot of time to study the proposal over the years, “and the more you look at it, the less desirable it is.” He also questioned whether the water would at some point come from Elko County.

[Then] Assembly Minority Leader Pete Goicoechea (R-Eureka) even rose to speak of his concern about pumping 175,000 acre feet of groundwater out of rural communities with no chance of recharge. He also asked why SNWA isn’t asking California for a pipeline and new desalination plants, but the continuing controversy over ocean desalination probably makes that just as difficult for California. So we’re back at Square One: To pipe or not to pipe? That is the $3.5 billion question.

And if that isn’t bad enough for SNWA, Utahns are also balking at the proposed pipeline.

Rupert Steele, a member of the Goshute Tribe, told BLM officials that the draft EIS does not address the recharge rates of the aquifers if 177,000 acre-feet is pumped out of them per year as proposed by the Southern Nevada Water Authority.

“Taking water resources away from its source should not be allowed,” Steele said. “This will leave a sad legacy of environmental destruction.”

“Groundwater drawdown can generate dust and pollution,” he said. “We already live in a nonattainment area in Salt Lake County. The federal government has already told us our air is not clean enough.”

Farmers and ranchers in Eastern Nevada and Western Utah depend on their local groundwater supplies to survive. So do hunters and wildlife. So do local Native American tribes. The stakes can’t be any higher, and neither can the emotions on both sides.

Rural farmers and urban Utahns direct their rage toward [then SNWA General Manager] Pat Mulroy and her plans to steal their water, while Mulroy directs her rage right back at them for wasting so much water in the desert.

SNWA claims this is only about our survival. After all, Las Vegas is right in the heart of the Mojave Desert. Clark County [now has over 2.2 million] people living here, and even as future growth is expected to slow, we’ll still need water to survive. So how can we get the water?

SNWA has succeeded at dramatically transforming Clark County from a “water junkie” to a model for conservation. After Lake Mead’s water level sank dramatically in the last decade, it actually rose again after a good rain/snow season and the release of excess Lake Powell water. Renegotiations over Colorado River water continue to avert the potential for escalating conflict over the region’s otherwise precarious water supply.

So why is there a “need” for this pipeline to rural Eastern Nevada and Western Utah? That’s what many are asking, and Mulroy continues to insist that Lake Mead and conservation are not enough. She demands that we prepare for the possible instead of hoping for the probable.

Who’s on the right side of this “Water War”?

[Are] Mulroy [and current SNWA General Manager John Entsminger] right? The BLM’s environmental impact study (EIS) casts doubt on SNWA’s much desired pipeline, and rural Nevadans and Utahns point to it as vindication for their hard stance against what they call SNWA’s “water grab”. More specifically the BLM’s 2011 study suggests the pipeline will jeopardize the region’s groundwater supply, native shrubland vegetation, and other native wildlife if it’s built, and that in turn increases the risk of more severe dust storms and structural damage from sinking land.

Great Basin Water Network, Center for Biological Diversity, National Parks Conservation Association, and other environmental groups are fighting hard against SNWA’s pipeline. And perhaps for the first time ever, they finally seem to be gaining the upper hand. But how long will it last? And will SNWA go down without one last brutal battle?

And is this really the end of it? I doubt it. As climate change worsens and drought conditions reappear throughout America, expect “The Water War” to get uglier.

Postscript: Why might Nevada’s (and Utah’s) “Water War” soon make waves in Washington?

Last week, we spoke about several environmental issues that may very well decide Nevada’s future. One of them happens to be Clark County’s proposed public lands bill. Thus far Clark County’s current proposal has attracted more controversy than previous drafts because of language that suggests up to 296,690 acres of land may be opened to future development, mostly along the I-15 corridor between the M Resort and Jean, and that may even include (additional) land that’s previously been identified as critical desert tortoise habitat.

But wait, there’s more: Also tucked in Sections 702 and 703 of the latest version of Clark County’s proposed public lands bill (dated October 10) is language granting right-of-way and title of land to SNWA in Clark County and southern Lincoln County. SNWA has claimed that this is just for transmission lines for new power projects, but some environmentalists fear SNWA will use this as legal justification to build the pipeline if this proposal becomes actual Congressional legislation that gets into federal law.

As we discussed last week, Clark County’s proposed public lands bill has already pushed us to restart the difficult conversation on how much more “growth” we can truly afford and whether we can find a way to grow and develop more sustainably. And as we’ve discussed further in the past, we’re still facing a number of difficult questions on whether SNWA’s pipeline plan can actually deliver on their promise of securing Las Vegas’ water supply without destroying rural Nevada’s (or Utah’s, for that matter). Now that the two subjects may be more closely connected than I originally assumed, these questions are even more urgent and more in need of actual, sustainable answers.

Who’s Afraid of Cecilia Gomez? A Primer on the Trump Administration’s Deportation Agenda

Here in Nevada, Cecilia Gomez has been fighting the federal government's attempt to deport her and break up her family since ICE agents staged a surprise arrest at the USCIS Las Vegas office late in M
Read More 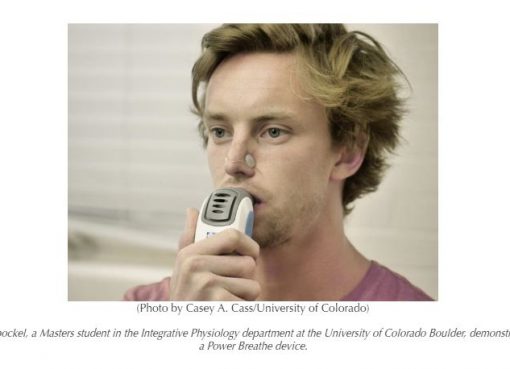 5-Minute Workout Lowers Blood Pressure As Much As Exercise, Drugs