She may have been pushed down and counted out in recent weeks. But nevertheless, U.S. Senator Elizabeth Warren (D-Massachusetts) persists. Yesterday, Warren drew about 1,100 supporters to her rally in Reno. Today, she drew another 400 in Henderson before she met SEIU 1107 members for an in-person town hall at their Las Vegas headquarters.

So why is Warren still in this fight? As she told SEIU members earlier today, “Let’s make government work not just for the thin slice at the top, but for everyone. That is why we’re in this fight.”

While much of the media narrative following the R-J’s pre-caucus poll focused on U.S. Senator Bernie Sanders (I-Vermont) pulling into the lead and former Vice President Joe Biden hanging on for second, there was another interesting finding in Elizabeth Warren hanging on for third, just slightly above the new “momentum candidates” former South Bend (Indiana) Mayor Pete Buttigieg and U.S. Senator Amy Klobuchar (D-Minnesota).

Maybe this is how everyone will finish on Saturday, or maybe we’re in for some big surprises. On one end, Buttigieg and Klobuchar are bumping up their ad buys (en inglés y en español) and deploying more organizers on the ground. On the other end, for all their recent problems, Warren continues to have one of the largest and best organized ground games in the state, and her team have made efforts to connect with our diverse communities.

Is it possible we’ve been way too quick to write Warren off? Maybe. Just yesterday, Warren drew an audience of about 1,100 in Reno. Since setting a $7 million grassroots fundraising goal last week, Warren has so far raised $3.5 million. Oh, by the way, she’s still rocking the debates. And judging by the reception she’s received here in Southern Nevada today, Warren may nevertheless persist all the way to Saturday and beyond.

“No matter how hard it is, no matter how scared you are, you reach down deep, you find what you need to find, you pull it up and you take care of those you love.”

CSN Henderson is tucked in a typically quiet and mostly blue-collar neighborhood on the side of Henderson that’s closer to Railroad Pass and Boulder City than most of the rest of the Las Vegas Valley. Yet while Warren’s crowd of roughly 400 may seem smaller than what we’ve seen for her and for Sanders, that crowd looked and sounded very enthusiastic to see her again.

After being introduced by gun violence survivors and gun safety activists Lisa Hendricks and Brandon Wolf, Warren bolted into the room and shared the story of “The Dress” (as in, her mother having to take a minimum wage job at Sears to keep her family in their home) that she hadn’t used on the trail here in Nevada in recent months, yet one that really helped her explain the need for what she calls “big, structural change” during those first weeks of her campaign.

As Warren described it, “No matter how hard it is, no matter how scared you are, you reach down deep, you find what you need to find, you pull it up and you take care of those you love.” She continued, “Today, the minimum wage isn’t enough for a mama to take care of her baby. That is wrong, and that is why I’m in this fight.”

“Here’s my plan: In a democracy, some 406 billionaires should not be calling the shots. Just because they can make big campaign contributions and hire lots of lobbyists, their voices shouldn’t be louder than anyone else’s in a democracy.”

In addition to that updated telling of “The Dress”, Warren took a few questions from the audience. (They submitted tickets and were selected via a random drawing.) One was on Warren’s signature “wealth tax” proposal and how she plans to make it a reality.

First, Warren explained how it will work: “For every dollar (over $50 million), you’ve got to pitch in two cents.” She then compared it to the property tax that all homeowners have to pay. According to Warren, “For the millionaires and billionaires, the property tax shouldn’t just include real estate. It should include the diamonds, the luxury cars, and the yachts.”

Warren also explained why she’s pursuing this “wealth tax” and what she plans to do with its revenue: “We can do all that for K-12, plus we can provide tuition-free twchnical two-year college or four-year college for everyone who needs a college education. We can direct $50 billion for [historically black colleges and universities]. We can do all that, and we can cancel student loan debt for 43 million Americans.”

And after noting how well this “wealth tax” polls, she called on the audience to help her get it done. As Warren put it, “Here’s my plan: In a democracy, some 406 billionaires should not be calling the shots. Just because they can make big campaign contributions and hire lots of lobbyists, their voices shouldn’t be louder than anyone else’s in a democracy.” She then pressed upon the audience to help her make clear to Congress (especially any Democrats who may not be on board just yet) that this is what the people want: “You’ll need to keep pushing Congress from the outside, and I’ll push from the inside.”

“When we have unions, working people do better. […] As union’s grow, America’s middle class grows.”

Late last month, we discussed how billionaire philanthropist Tom Steyer made a big splash at SEIU 1107’s “Unions for All” Summit by simply showing up, answering their questions, and staying longer to do more selfies with union members. While Warren did send former HUD Secretary Julián Castro to campaign for her there, today was Warren’s chance to connect with these union voters herself.

Warren began by reassuring the SEIU audience, “When we have unions, working people do better. […] As union’s grow, America’s middle class grows.” She continued, “If unions didn’t have power […] then our government would tilt more and more in favor of the giant corporations and the very rich, and against working people. That is exactly what has happened.”

Shortly thereafter, several asked about Warren’s plan to make “unions for all” a reality. Warren spoke briefly about her ambitious labor rights plan, which includes everything from guaranteeing union rights for “gig economy” workers to initiating sectoral collective bargaining along with a nationwide $15 per hour minimum wage and passage of the PRO Act to expand union organizing opportunities nationwide. And for those who wondered what Warren plans to do immediately, she stressed her intention to utilize as much executive action as needed to enforce current laws and appoint pro-labor people to lead federal agencies.

Warren proposes a “public option” insurance plan in 2021 that will be offered at no cost to all children and adults who earn less than $25,000 per year (or $51,500 for a family of four), and it will be offered to those who earn more than that at a cost of no more than 5% of their income. She then intends to expand the Affordable Care Act’s consumer subsidies to knock down insurance costs for more Americans, and she promises to sign into law a full transition to full “Medicare for All” single-payer by the end of her first term.

“All of us working people are one sickness away from bankruptcy. We support health care for all.”

Over the past week, Nevada Democrats have been rocked by the war of words involving the Culinary Union, U.S. Senator Bernie Sanders (I-Vermont), a small subset of self-professed Sanders supporters who have issued profane threats to Culinary Union leaders, and Warren’s and Sanders’ more moderate rivals who’ve claimed that their respective “Medicare for All” plans are disrespectful towards the labor movement.

Last month, SEIU 1107 Executive Director Grace Vergara-Mectal made clear that they don’t consider “single-payer” disrespectful at all. After the program, Vergara-Mectal spoke with me again and reiterated, “We at SEIU wants to make sure the next president fights for health care for all.” She then added, “All of us working people are one sickness away from bankruptcy. We support health care for all.”

But what about those other Democratic candidates’ claim that “Medicare for All” is anti-union? Vergara-Mectal wasn’t buying it last month, and the union still isn’t buying it now. According to Vergara-Mectal, “Health care is being used as a weapon by employers against our union members every time we negotiate. We have 13 contracts we’re negotiating right now. You heard from the bargaining team, even at Dignity [Health], even hospital workers are fighting for their health care.”

Sure, she persists, but will she perform well on Saturday?

In another funny twist, my interview with Vergara-Mectal got cut short when someone very politely asked me if she could have a moment with her. That someone was Elizabeth Warren. I’m usually bummed when my interviews are interrupted, but this was perhaps the most pleasant interruption of an interview I’ve ever experienced.

Speaking of interruptions, Data for Progress interrupted the emerging national media narrative on what’s supposed to happen here by releasing a new Nevada poll. They show Warren quite a bit behind Sanders (35% for Sanders, and 16% for Warren), but they also show Warren holding her ground against those moderate rivals, even the ones who are supposed to have “all the momentum” going into Saturday.

While Data for Progress came very close to the actual Iowa and New Hampshire results, it’s possible that they’re missing the mark here. Maybe they’re overstating Sanders’ numbers, or maybe they’re low-balling Warren’s potential. We won’t know for sure until Saturday. But for now, Warren nevertheless persists in her pursuit of “big, structural change”… And she persists in making her case to Nevadans that her vision of “big, structural change” will result in real, positive change in their lives.

Yesterday, we took a closer look at where the 2020 presidential candidates stand on universal health care. Today we’re taking a moment to remember that even if one of those Democrats defeats President
Read More 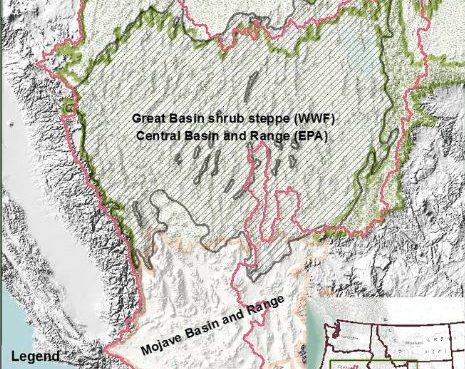 One year ago today, President Donald Trump ordered the phaseout of DACA, an administrative program that provides deportation relief for over 800,000 DREAMers. Yet thanks to a surprise ruling from a Te
Read More