When we last saw her here in Nevada, U.S. Senator Elizabeth Warren (D-Massachusetts) was flying high in the polls: So high, in fact, that some pundits and party leaders were starting to see her as the #1 frontrunner of 2020 presidential candidates. Then came the barrage of attacks on both Warren herself and her “Medicare for All” health care plans, and it all seemingly came crashing down.

And yet, even as some pundits are (once again) describing her as an “also-ran”, Warren returned to Southern Nevada to meet with Culinary Union members and make clear that not only is she still running, but she’s also not giving up on her plans, her fight for intersectional justice, or her “big dreams” for “big, structural change”.

When we were last at the Culinary Union hall in Downtown Las Vegas a month ago, fellow U.S. Senator Kamala Harris (D-California) made what would ultimately become one of her final pitches to union members. And in one of her final rebuttals to the chorus of critics who doubted her “electability” and questioned the overall purpose of her campaign, Harris implored upon the audience, “It’s not in our nature for us to ask permission for what we believe is possible. We make it possible!”

Tonight, one of the last women contenders left standing came to Culinary to make her own case to Nevada’s largest and most illustrious union. Like Harris, Warren challenged the conventional wisdom on “electability”. For Warren, that means giving voters good reasons to elect her and other Democrats.

“When we see government only working for those with money and power, that is corruption, pure and simple,” Warren declared. She then added, “2020 is our chance to fight back. 2020 is our chance to take on the corruption.” Warren initially had a fairly lukewarm reception, but the audience of 350 UNITE HERE union workers gradually cheered louder for Warren as she honed in on her signature anti-corruption message.

“My plan around health care is what you see, what you experience, what you count on for yourself and your family: that part is not supposed to change. What changes is the money and where the money’s supposed to come from.”

Like Harris, Warren fights against largely the critics who challenge the basis of her campaign. Since the October Debate, opponents like South Bend (Indiana) Mayor Pete Buttigieg and former Vice President Joe Biden have excoriated Warren over her alleged evasiveness on “Medicare for All”. Yet even after Warren began release more details on how she intends to (eventually) make single-payer the law of the land, they and other leading moderates in the party have continued to attack Warren’s health care plan as “unrealistic”, even as Biden and Buttigieg haven’t yet provided all the details on how they’ll make their respective health care promises into reality.

Christian Barneond, a cook at The Cosmopolitan here in Vegas, asked Warren directly about her health care plan and the concern some of his coworkers have about how it will affect their Culinary Union health plan. Warren initially answered his question with praise for the Culinary Health Fund: “It’s the ideal of what we want to be, with no insurance companies to stand in the way. What you’ve got is something I want to replicate all across the country.”

Warren then gave this concise explanation for her end goal for her “Medicare for All” plan: “My plan around health care is what you see, what you experience, what you count on for yourself and your family: that part is not supposed to change. What changes is the money and where the money’s supposed to come from.”

So did it move the audience? Well, it’s complicated. I spoke with two local Culinary/UNITE HERE members: Franj Benitez and Jacob George. Benitez was impressed, telling me after the program, “I think it’s a great goal that everyone have health insurance.” Yet while George also wants to see everyone have Culinary-grade health insurance, he’s still not convinced that Warren’s or Sander’s vision of “Medicare for All” is the way to get there: “We have the right to our private insurance, and we should all have the right to keep our insurance.”

“Look, I don’t sell access to my time. Period.”

Beyond health care, Warren has been making news lately for her protracted argument with Buttigieg over money and transparency. She just released records detailing how she made $1.9 million from 1985 to 2009, which averages to just under $80,000 annually. Warren’s opponents are hoping the extra scrutiny will doom Warren as voters contrast her anti-corruption message with her past consulting work for various corporate clients. Warren and her team, however, see an opportunity to contrast her full disclosure to the shroud of secrecy over Buttigieg’s own past corporate consulting work and his private high-dollar fundraising events. And Buttigieg may have felt the pressure, as his campaign announced today that they will allow reporters to cover his fundraising events and he will release more detailed records of his work at McKinsey & Co.

Both Warren and fellow progressive Senator Bernie Sanders (I-Vermont) have eschewed such high-dollar fundraisers and other forms of catering to wealthy donors for their respective campaigns. After the program, Warren made this contrast crystal clear while speaking with reporters. “Look, I don’t sell access to my time. Period. I’ve done all my fundraising that I’ve been engaged in online,” she exclaimed.

From there, Warren contrasted her donor calls with what some of the other candidates’: “I’ve done my call time for people who’ve made $5, $10, and $25 donations because I believe that the way we’re going to win in 2020 is to build a grassroots movement all across this country.” And for anyone wondering why anyone outside #PoliticsTwitter and the cable news bubble should care about how Warren, Sanders, Biden, and Buttigieg bring money into their respective campaigns, Warren suggested that how they run their campaigns reflects on how they intend to govern.

“We have a chance in 2020 to make this country work not just for the rich and the powerful, but make it work for everyone else. That’s going to start with a compelling case that we are going to take on the billionaires and corporate executives,” Warren declared. She continued, “This is going to be our comparative advantage when we go into the general election against Donald Trump. It’s going to be how we make real change in January 2021.”

“We need to stop Trump’s man-made crisis. It is not who we are. It is mean. It is cruel.”

In addition to health care and corruption, Elizabeth Warren and the UNITE HERE audience covered plenty more policy ground, from labor rights and reviving American manufacturing to minimum wage and ensuring that “one job is enough” to provide for oneself and one’s family. And yes, like Harris last month, Warren also got a question on immigrant rights thanks to Excalibur porter Lucela Watson.

Amidst talk of Biden’s imminent release of an immigration plan that will likely hew closer to former President Barack Obama’s record than the bolder affirmation of immigrant civil rights that activists are demanding now, Warren assured this audience, “We need to expand legal immigration in this country. We need to bring families together.”

Warren continued, “Yes, DREAMers, but not just DREAMers. […] We need everyone out of the shadows, and on the path to citizenship.” As Warren then recalled the horrors of the prison camps where the Trump administration is holding refugees seeking asylum, she insisted, “We need to stop Trump’s man-made crisis. It is not who we are. It is mean. It is cruel.”

In April, Warren told us after her Las Vegas town hall, “[ICE and Border Patrol] need to be reorganized. […] It can’t operate in the same way where it treats children in the same way it treats terrorists and criminals.” And shortly after former HUD Secretary Julián Castro released his groundbreaking immigrant rights agenda, Warren included many of his ideas in her plan, including decriminalizing undocumented border crossings, encouraging more family reunifications, and ending the 287(g) program that’s attracted plenty of controversy here in Nevada and elsewhere.

“You know who gets special access to my time? You!”

As I mentioned earlier, the audience of about 350 gradually warmed up to Warren as the program progressed. Perhaps the most stunning moment of the night was when Palace Station guest room attendant Gloria Macias asked about Culinary’s ongoing fight to unionize Station Casinos after winning union votes at Palace Station and several other properties.

As Macias shared her story, Warren stepped off the stage to embrace her. She then exclaimed, “Gloria shows how it’s done. She shows how to fight for her family and fight for her fellow workers.” In that moment, Warren and Macias electrified the room.

In case anyone in the room still wondered why Warren’s still in this race, she told the audience, “You know who gets special access to my time? You!”

When viewed from the usual cable news and social media bubbles, it’s easy to dismiss Elizabeth Warren as just another “also-ran blowhard”, kind of like how Kamala Harris was regularly mocked for her campaign’s “meltdown”. But if Warren keeps up the fighting spirit she showed with gusto at Culinary tonight, she may yet “dream big, fight hard, and win” in the days ahead. 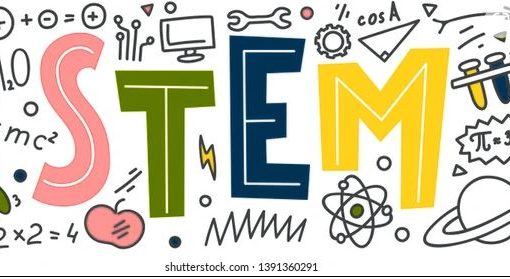 Trail Mix Update: What the Hell Happened This Week?

Now that we’re moving closer to Caucus Day, it’s worth our time to check in on the state of the race and assess the field. Quite honestly, this report was supposed to be focused on something entirely
Read More