It may be “Infrastructure Summer”, but we may also finally see some movement on health care soon. As Congressional Democrats and President Joe Biden appear to be back on the same page on their infrastructure agenda, let’s take a closer look at where they agree, where a lot of folks still have a lot of questions, and where we have a lot more work to do to fix America’s health care system.

As we’ve been hinting for some time, this is the “infrastructure deal” that’s the real “big f–king deal”.

Most notably, the Rescue Plan includes a two-year boost to the Affordable Care Act’s (ACA, or Obamacare) advanced premium tax credit (or patient/consumer health insurance subsidies), 100% subsidized COBRA for qualified unemployed and furloughed workers through September, and up to $3,000 (for each child aged 6-17) or $3,600 (for each child under 6) in child tax credits for this year. While the COBRA subsidies will likely come to an end on September 30, a large contingent of Democrats in Congress are pushing to make the expanded ACA consumer tax credits and the expanded child tax credits permanent.

But wait, there’s more. Now that Senate Democrats have announced a tentative $3.5 trillion deal on the long-awaited “human infrastructure” bill that will almost certainly carry more substantive policies (and funding for them) than the “Bipartisan Infrastructure Framework” that’s once again on the brink of collapse thanks to Republican leaders whipping their members against it, we may soon see for ourselves how committed Democrats are to fulfilling their campaign promise to deliver “better health care for many more people”.

Under the current provisions from the American Rescue Plan, no one who buys insurance through the ACA exchanges (such as our own Nevada Health Link) has to spend more than 8.5% of one’s income on insurance premiums this year and next. More specifically, as the Center on Budget and Policy Priorities (CBPP) points out, ACA exchange enrollees with annual incomes under 150% of the federal poverty line (or roughly $19,000 per person) have their monthly premiums completely zeroed out through 2022, while enrollees with incomes between 150% and 400% of the federal poverty line (or up to about $51,000 per person) now qualify for more generous subsidies that may knock down their insurance premiums to prices as low as $10 per month. Even enrollees with incomes above 400% of the federal poverty line now qualify for premium subsidies thanks to the Rescue Plan’s universal 8.5% income cap on patient/consumer premium cost.

Under the Rescue Plan, this only applies for 2021 and 2022. Due to Republicans’ steadfast opposition to any and all health care components of any infrastructure legislation, everything in Biden’s proposed American Families Plan was left out of the “Bipartisan Infrastructure Framework”. Yet while it’s currently unclear whether Senate Democrats’ tentative “human infrastructure” deal copies Biden’s Families Plan permanent extension of the expanded ACA tax credits, it’s looking increasingly likely that if Democrats reach a final agreement on “human infrastructure”, it will include some extension of the ACA tax credits.

Though this may be a letdown for progressives and leftists who’ve been demanding more expansive change, such as “Medicare for All” single-payer health care, this nonetheless marks not only the cementing of the Affordable Care Act as settled health care law (alongside the U.S. Supreme Court again upholding the ACA last month), but also a stronger ACA that puts more effort into guaranteeing the “Affordable” part of its name.

Speaking of Medicare, Democrats’ tentative “human infrastructure” deal will also probably boost benefits for seniors and Americans with disabilities who are covered by Medicare. According to The Washington Post and the Los Angeles Times, the tentative agreement that Biden, Senate Majority Leader Chuck Schumer (D-New York), Senate Budget Committee Chair Bernie Sanders (I-Vermont), and the rest of the Budget Committee Democrats reached includes an expansion to Medicare coverage to vision, dental, and hearing care. Sanders was also pushing to lower Medicare’s eligibility age, but the more conservative Senate Democrats who took part in negotiations nixed that to lower the “human infrastructure” bill’s overall price tag, and perhaps to avoid another messy fight over Congress’ budget reconciliation rules.

Sanders has also said this infrastructure bill will also include action on prescription drug costs. He and other Senate Democrats have declined to specify what this will entail, but House Democrats may be giving us some clues through some recent legislation they’ve introduced. To bring this closer to home, Rep. Steven Horsford (D-North Las Vegas) has sponsored the Capping Drug Costs for Seniors Act that establishes a hard $2,000 annual cap on out-of-pocket patient costs for prescription medications and shifts more of the catastrophic coverage burden from the federal government to pharmaceutical manufacturers and insurance providers. Horsford has also introduced the SPIKE Act that requires pharmaceutical companies to submit reports to the U.S. Department of Health and Human Services that can then be shared with the general public if they increase their drug prices by more than $10,000 or 10% in one year, or by more than $25,000 or 25% in three years.

Again, since this infrastructure bill will be going through the reconciliation process, Democrats will have to adhere to the special rules that require every part of this bill to have a direct budgetary effect and not add to the budget deficit in any year outside the (typically ten year) reconciliation window. While reconciliation limits what Democrats can do on prescription drugs, particularly on policies that can not be directly tied to the budget, this should still give them fairly wide latitude to address drug prices by expanding Medicare and Medicaid coverage, creating new patient/consumer subsidies, and enacting new taxes to pay for the new benefits.

What’s most at risk of being left behind?

As we hinted at earlier, “Medicare for All” remains firmly off the table due to a combination of Democratic holdouts (including President Joe Biden) who refuse to even consider single-payer, many of the same Democratic holdouts worrying about the final price tag of the reconciliation infrastructure bill, and ongoing arguments among Democrats over which taxes they will raise or enact as “pay-for’s” for the reconciliation infrastructure bill. Yet considering the large role that Senator Bernie Sanders played in shaping the contours of this tentative “human infrastructure” deal, it’s basically a given that Sanders and other Congressional progressives will get some expansion(s) of America’s health care social safety net.

So what else will we see? For all of Biden’s and other moderate Democrats’ promises that a public option was more politically and fiscally viable than “Medicare for All”, it’s increasingly looking like Democratic leaders are again abandoning any serious push for any national public option plan. While some moderate Senate Democrats like Michael Bennet (D-Colorado) and Tim Kaine (D-Virginia) are rallying around their “Medicare X” public option legislation, and other Democrats like Nevada’s own Jacky Rosen (D) have endorsed a Medicaid-based public option plan, neither Biden nor Schumer nor House Speaker Nancy Pelosi (D-California) has committed to including either public option proposal in the reconciliation infrastructure bill. Rather, they seem to be content with letting state-level Democratic lawmakers here in Nevada, in Washington State, in Colorado, and maybe elsewhere take the lead in experimenting with state-level public options.

Instead, we’ll have to keep a close eye on Medicare expansion, on prescription drug cost/coverage, on an extension of the Rescue Plan’s child tax credit, and on the new ACA/Rescue Plan premium tax credits. These kinds of policy tweaks may not feel all that “revolutionary”. But if Democrats soon deliver on these other health care promises, it may be enough of a “big f–king deal” to make a difference in our health care system and for their electoral prospects next year.

On Monday, we discussed the curious case of Governor Brian Sandoval (R) and the Republican Party that's ditched him. Today we need to talk a little more about the person who's leading the party now, a
Read More 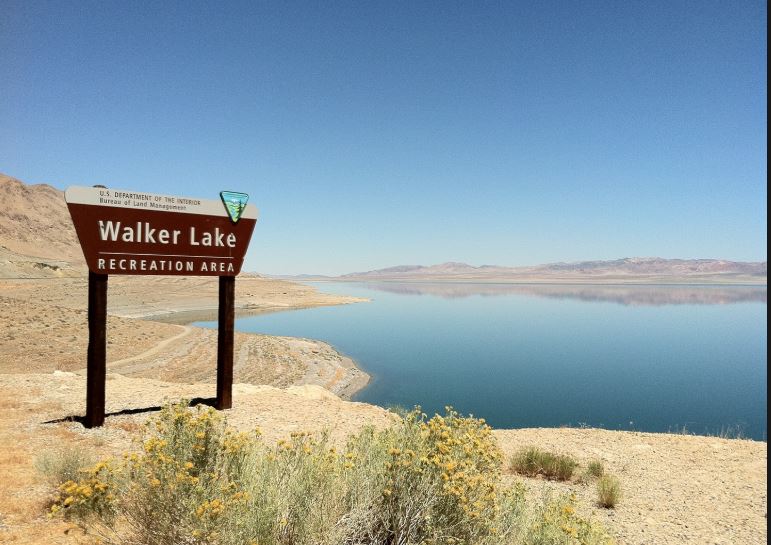 [Editor's note: On September 17, the Nevada Supreme Court ruled after oral arguments in the Walker Case"  that the public trust doctrine is embedded in current water law and disallows the relocation
Read More