Remember when we used to talk about American health care, the Affordable Care Act (ACA, or Obamacare), and how a new president and Congress might amend and enhance the 2010 health care law? And remember how important the strength of a health care system is when a country is grappling with an active pandemic?

Why is this textbook definition of a “frivolous lawsuit” on the brink of blowing up Obamacare?

In another time and place – particularly any time and place that value actual facts, solid logic, and sound legal reasoning – we wouldn’t have to talk any more about this latest attack on the Affordable Care Act that’s morphed into the California v. Texas suit now pending in the U.S. Supreme Court. Yet despite Texas Republicans’ and the Trump administration’s tortured “reasoning” that the same law that this same Court upheld twice should suddenly be completely destroyed because Congress zeroed out the ACA’s penalty for not having health insurance, they may yet succeed simply because of partisan polarization.

At last night’s debate, “moderator” Chris Wallace asked about health care. However, Wallace allowed the “health care conversation” between President Donald Trump and 2020 Democratic presidential nominee Joe Biden on that Cleveland stage to zero in more on U.S. Senator Bernie Sanders (I-Vermont) and a whole lot of false rhetoric about “Medicare for All” single-payer health care than what Trump has actually been doing as president on health care.

Regardless of what we think of Canada’s Medicare single-payer health care system, South Korea’s public-private hybrid health care system, and other mature democratic nations’ universal health care systems, it’s been painfully obvious for the last six months that the U.S. is severely underperforming the rest of the developed world in containing COVID-19. While these other countries’ governments have put more effort into stopping further spread of the virus, the Trump administration has instead put far more effort into installing Amy Coney Barrett on the U.S. Supreme Court for the express purpose of overturning the ACA and jeopardizing health insurance coverage for at least 29 million Americans.

“Thank god for the Affordable Care Act, because people like me would be uninsurable if we lose our health care access.”

On Monday, the Nevada State Democratic Party held a virtual press conference ahead of the debate to talk more about what he ultimately didn’t hear enough of on that debate stage. State Senator Julia Ratti (D-Sparks), herself a cancer survivor and the chief legislator behind 2019’s SB 235 to codify the ACA’s patient protection provisions in Nevada state law, spoke about her own experience as a small business owner who had to contend with life-threatening illness.

After her diagnosis, Ratti recalled friends’ advice on how to prevent her physical ailment from becoming a financial crisis: “You can never lose your insurance. If you lose your insurance, you’ll never have access to health care again.” Thankfully for Ratti, she had health insurance, and the ACA’s rules on pre-existing conditions have since helped her avoid losing coverage. For Ratti, “If the Affordable Care Act wasn’t in place, I don’t think I could have kept going.”

Back in 2017, I first met Joe Merlino when he spoke out against then U.S. Senator Dean Heller’s (R) support for ACA repeal. Merlino is also a cancer survivor, and he benefited from the ACA’s Medicaid expansion after he lost his job and his work’s health insurance in 2013. As Merlino recalled on Monday, “If I didn’t have insurance, it would have cost me over $200,000. If I had applied for Medicaid two months prior, in 2013, I would have been rejected. I would have died had I not gotten medical care as soon as I did.”

Priscilla Maloney, an advocate for AFSCME Local 4041 retirees, was diagnosed with breast cancer in 2016. But now, according to Maloney, “I’m on year four. I’m knocking on wood. Thank god for the Affordable Care Act, because people like me would be uninsurable if we lose our health care access.”

“This is my mom. God rest her soul. When my mom was sick, Mitch McConnell was on vacation. I hope he enjoyed his vacation. Trump was playing golf.”

Maloney continued, “If there was no Affordable Care Act, how much would the radiation cost? I found out it would have cost me over $300,000.” But because she had health insurance, and because the ACA instituted rules requiring insurance companies to cover needed treatments (also known as essential health benefits) and limit patients’ out-of-pocket costs, “I didn’t have to worry. I didn’t have to worry every night whether my health care would fail.”

Meanwhile for Merlino, “I had eight surgeries altogether, and I got five of them when I was on Medicaid.” He later obtained private insurance on Nevada Health Link (the state’s ACA insurance exchange) and found work again. But like so many others, Merlino has been affected by the COVID-19 crisis: “Right now, I’m on furlough from work. If I lose this job and the Supreme Court [overturns the ACA], I don’t know what I’m going to do.”

Even worse, Merlino and his mother contracted COVID-19, and his mother died from COVID-19. To put it all into perspective, Merlino noted, “205,000 times, this has happened to families. Trump has told people to inject bleach. States have struggled to get the PPE they need.” He then held up a photo of his mother and said, “This is my mom. God rest her soul. When my mom was sick, [U.S. Senate Majority Leader] Mitch McConnell [R-Kentucky] was on vacation. I hope he enjoyed his vacation. Trump was playing golf.”

During last night’s debate, Donald Trump again sought to gaslight Americans on COVID-19. As usual, Trump boasted about his record, and he mockingly sneered at Joe Biden, “You know what, Joe? You never could have done the job we did.” Biden shot back, “He still hasn’t even acknowledged that this was happening, that this was deadly.”

But if the Republican-run U.S. Senate confirms Barrett to the Supreme Court in time for her to potentially cast the deciding vote to overturn the ACA, what comes next?  Ratti offered some advice for the Biden transition team and Congressional Democratic leaders to handle a negative Supreme Court outcome should Democrats win the election: “OK, you don’t like that? Here’s something better. Here’s better legislation. To do that, we need to elect Democrats.”

“We need to vote not just on our own concerns, but for the concerns of our family, our friends, and our neighbors. We’re all affected if the Affordable Care Act goes down.”

Most Americans are experiencing this pandemic as a massive leadership failure. They're stuck at home, can't visit grandparents, losing loved ones, teaching their own kids, losing their jobs, struggling to make rent.

No matter what's said at this debate that's reality.

As we’ve been pointing out for over a year, this election almost certainly will determine the future of health care in America. If Trump secures an extension on his White House tenure, we may very well see the end of the Affordable Care Act and a return to pre-ACA health care chaos that would likely mean higher costs and fewer benefits for patients. If Biden defeats Trump, and especially if Biden wins big enough to secure Democratic majorities in both houses of Congress, Democrats can probably pre-empt the Supreme Court by either repealing the individual mandate or fully restoring it with as little as a $1 penalty. And from there, Democratic leaders have already signaled how they want to further improve the ACA by taking action on prescription drug prices, expanding Medicaid expansion to more states, and boosting consumer health insurance subsidies.

Looking at the current and lurid state of play on Capitol Hill, where an “out of right field” lawsuit has the potential to completely upend America’s health care system while Congressional Republican leaders seem far more interested in confirming Barrett to the Supreme Court than doing more to contain COVID-19 and its economic fallout, Joe Merlino fumed, “It’s pretty disgusting that people are suffering, people are out of work, unemployment benefits ended, and Mitch McConnell wouldn’t touch that HEROES Act. But now, Republicans are rushing to seat someone on the Supreme Court. It’s unconscionable.”

Later on, Priscilla Maloney issued this call to action: “We’re standing at the abyss of losing our health care. It’s a devastating thing when our loved ones face a diagnosis that could lead to financial devastation.” She continued, “We need to vote not just on our own concerns, but for the concerns of our family, our friends, and our neighbors. We’re all affected if the Affordable Care Act goes down.”

For more fact checking on last night’s debate, stay tuned for another special edition of “This Week in Corona Scams” tomorrow.

By Ann Bley In the 2016 election, many Americans were deeply disturbed that although Hilary Clinton had won the popular vote by 2.9 million, Donald Trump instead became President.  In the US, it is t
Read More

Undocumented Immigration Up. Crime-Rate Down

Last Saturday afternoon Donald Trump gave the same old song and dance on what he wants his followers to believe: “humanitarian and security crisis on our southern border.” Trump: “Thousands of chil
Read More 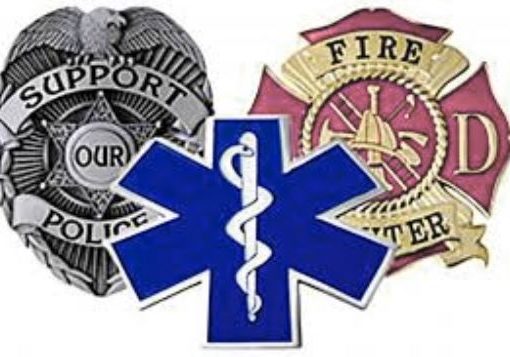 Go Blue To Support Those On The Front Lines