In the eight days since outgoing President Donald Trump’s coup d’etat attempts escalated into a terrorist attack on the U.S. Capitol, I’ve been an absolute mess. As I’ve said before, I hate being right about this stuff. And as I’ve watched our democracy reach the brink of collapse, I myself have also come close to total collapse.

WARNING: We’re talking some more about Donald Trump’s coup attempts and the January 6 terrorist attack, so we’re once again tackling some very troubling subject matter. I’m now at my wit’s end, so there’s some adult language below. Reader discretion is advised.

On Tuesday night, Rep. Alexandria Ocasio-Cortez (D-New York) took to Instagram Live to explain for just over an hour the hell on earth that she and her Congressional colleagues experienced in the January 6 Attack on the U.S. Capitol. During this very raw hour, Ocasio-Cortez described the pure terror of that day: “I can tell you that I had a very close encounter where I thought I was going to die.”

Shortly after Rep. Mikie Sherill (D-New Jersey) announced during her own Facebook Live that a handful of their Republican colleagues aided the terrorists in “reconnaissance for the next day,” Ocasio-Cortez said on her Instagram Live, “There were QAnon and white supremacist sympathizers and, frankly, white supremacist members of Congress in that extraction point who I know and who I have felt would disclose my location and would create opportunities to allow me to be hurt, kidnapped, et cetera. So I didn’t even feel safe around other members of Congress.”

In the hours since Sherill and Ocasio-Cortez made their respective announcements, which were soon amplified by equally chilling testimony from Reps. Ayanna Pressley (D-Massachusetts) and Val Demings (D-Florida), reporters and anti-fascist/pro-democracy activists have zeroed in on the most hard-core pro-Trump and QAnon-loyal Reps. like Lauren Boebert (R-Colorado), Marjorie Taylor-Greene (R-Georgia), Andy Biggs (R-Arizona), Paul Gosar (R-Arizona), Mo Brooks (R-Alabama), and Bill Johnson (R-Ohio) as likely suspects in aiding the insurrectionists from the inside. And quite frankly, it’s harrowing just to think of coworkers and alleged “friends” who are all too happy to betray a colleague and betray the entire country like that.

Another hidden weapon of these terrorists: The pain they inflict on us inside

As Ocasio-Cortez continued to talk on Instagram, she got much more personal in describing the trauma of that day. That particularly resonated with me, as I was already a nervous wreck before January 6, and I’ve had multiple nervous breakdowns every day since the U.S. Capitol attack.

When I was just lurking at Parler last weekend, just hours before Amazon kicked Parler off its hosting service, my already little faith in our country shrank even more severely. To see so many “red-pilled” people openly endorse mass shootings, assassinations, kidnappings, and other forms of terrorism, and for them to endorse such terrorism because they’ve been brainwashed into an extreme cult based on Donald Trump worship, JFK Jr. fever dreams, whatever the fuck they had against Wayfair, nonstop harassment of a D.C. pizzeria, rampant pseudoscience, and a seemingly never-ending supply of nonsensical psychobabble is disorienting to say the least!

It’s even worse when I connect more dots and recall all the past Trump rallies I covered. After all, as I keep pointing out, this did not “come out of nowhere”.

How Donald Trump and his “movement” have really fucked me up

In the meantime, enjoy this actual moment from just a few minutes ago. @realDonaldTrump's "fake news" screeds actually have real consequences. pic.twitter.com/LcBr3cARh1

When Donald Trump held his April 2019 marquee Las Vegas event at the Republican Jewish Coalition’s retreat at the Venetian, I was relieved. Since it was more of a “pay-per-view” event full of well-heeled donors and “respectable” Republican Party leaders, I wasn’t as nervous. This feels so awful to say, but I figured a higher-dollar “party insider” event would be safer than the more traditional Trump rally.

Just seven months prior, I witnessed a Trump fan picking a fight with a photographer in the press pen at one of those more traditional rallies. Then at another rally on February 21, 2020, the day before the Nevada Democratic Caucus, Donald Trump whipped up the crowd with “Fake News!” attacks on many of us in the press pen, more dehumanizing attacks on immigrant communities, false accusations of Democrats “siding with terrorists”, and false attacks on U.S. Senator Bernie Sanders (I-Vermont) that amounted to Trump mendaciously projecting his own corrupt relationship with Russian President Vladimir Putin and Putin-aligned oligarchs onto Sanders and other Democratic politicians. To hardly anyone’s surprise, Trump raised the collective rage in the room even higher with each baseless allegation he made.

Back in 2016, I regularly witnessed Donald Trump’s supporters hurl insults at journalists, pick fights with others, and echo Trump’s verbal attacks against his avowed enemies at those rallies. Despite these early warning signs of encroaching fascism, we were told to ignore the signs because, “It can never happen here.” I myself had preferred not to fully realize how bad this was, even as I was personally witnessing the acceleration of our country’s decline towards the depths of darkness that we’re experiencing now.

Donald Trump has really done a number on us. Now, it’s time for us to regroup.

Honestly, I’ve felt so broken as a person for these last eight days that I’m losing count of the times I’ve considered “that one s word” that I’ve tried so hard to escape from my entire life. If you’re feeling the same way, you’re not alone.

Going forward, there’s so much we’ll need to do to heal and rebuild American democracy. There’s also so much many of us need to do to find our own healing, and to rebuild our own communities. Or as Rep. Ocasio Cortez said in her Instagram Live, “The only way forward is a multiracial democracy where we fight for the economic rights of all people and the civil rights of all people. […] White supremacists will never, ever, ever live in a world where their fantasy comes true. They cling to violence so much, because there is no other way.”

If you or someone you know is facing a major life crisis and struggling with thoughts of suicide, help is available. The National Suicide Prevention Lifeline is always there at 1-800-273-8255 (TALK). So is the Crisis Text Line, where you can start a conversation with a volunteer counselor by texting “START” to 741741. And for LGBTQ+ youth in need of immediate help, the Trevor Project has a 24/7 hotline at 1-866-488-7386 and a text option (text “START” to 678678) available.

What Will It Take to Stop the Bloodshed?

Four months after Las Vegas experienced the deadliest mass shooting in U.S. history, the nation's elected leaders seemed to be on track to take the same action they've taken after every major gun viol
Read More 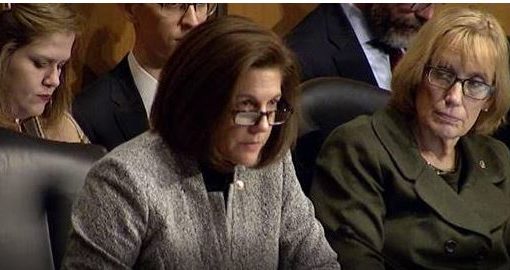 Web of Hate: The Gateway