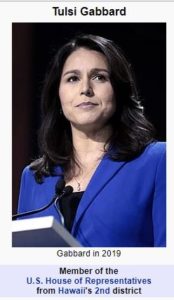 Democrats by joining with  Republican Rep. Markwayne Mullin to  introduce legislation specifying that Title IX protections for female athletes are based on “biological sex.”

The bill calls for Title IX compliance to be “determined based on biological sex as determined at birth by a physician.” Title IX, which forbids sex-based discrimination in any school receiving federal funds. The legislation ensures that women’s college sports programs receive equal support – and a federal judge recently applied it to rule a transgender woman could not be kept off a women’s sports team.

Under former President Barack Obama,  the Department of Education issued guidance requiring schools to allow transgender students to use the restroom or locker room of their chosen gender. Donald Trump rescinded that guidance in one of his first acts after taking office.

In June,  The Supreme Court held that the 1964 civil rights law against workplace discrimination applies to gay, lesbian, and transgender workers.

Nonetheless, Gabbard, a four-term representative from Hawaii, said in a statement that Title IX protections “led to a generational shift that impacted countless women, creating life-changing opportunities for girls and women that never existed before.”

However, she said the law is being “weakened by some states who are misinterpreting Title IX, creating uncertainty, undue hardship, and lost opportunities for female athletes. Our legislation protects Title IX’s original intent, which was based on the general biological distinction between men and women athletes based on sex.”

Mullin, Gabbard’s Oklahoma Republican co-sponsor, said, “Title IX was designed to give women and girls an equal chance to succeed, including in sports. Allowing biological males to compete in women’s sports diminishes that equality.” He added that as “the father of three girls involved in athletics,” he is “proud to lead this bill that will safeguard the integrity of women’s sports and ensure female athletes can compete fairly.”

Sarah McBride, a Delaware Democrat who recently became the first transgender woman to win election as a state senator, tweeted that Gabbard’s latest legislation is proof she is a member of the GOP.

In Nevada, Kimi Cole (kimimcole@gmail.com) , chair of the state’s Democratic Rural Caucus Chair, said: “The LGBTQIA+ community has reaffirmed time and again our commitment to fighting against bigotry and injustice wherever it lives. This legislation is a showing of blatant disregard for the rights and lives of trans and non-binary people. We should be working to protect and strengthen Title IX, not turn the clock back on hard-fought progress.

He continued, “This bill is emblematic of the institutional barriers to equality and justice that remain in America. We must hold fast to our democratic principles of empathy, equality, and unity by standing together in opposition to this legislation. Let’s continue to embrace the diversity that empowers our communities and strengthens our collective goals.”

On November 21, 2019, I considered myself a firm believer in science-based medicine and proven health care solutions. Less than a week later, I found myself questioning more and more on what I thought
Read More 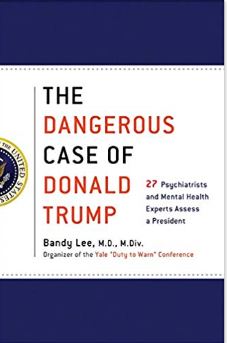