Up until now, we’ve recapped almost every Democratic Debate for you because our voters have the right to know. This time, however, we’re doing things differently. After all, this time the MSNBC/Nevada Independent Democratic Debate happened right here in fabulous Las Vegas, Nevada.

If you’ve come here for the debate recap, we’ll definitely have the highlights and lowlights here. Meanwhile, we’re hoping you’ll stay for some local insight on what and who truly matters in this whole Nevada Caucus parade.

On the morning of the MSNBC/Nevada Independent Democratic Debate, I did what most other journalists did: Stop at the Palms Resort and Casino for the Culinary Union‘s picket line protest. Yes, several of the Democratic presidential candidates showed up to show their support (and perhaps get a little more time in front of the cameras). However, there’s plenty more to their protest than just getting the Democratic candidates to pay attention to them.

Keep in mind that the Culinary Union won a workers’ vote to unionize at Palms in 2018, and that Culinary has been winning union votes at other Station Casinos properties since 2014. And yet, Station continues to fight against union recognition at all its casino resorts. While Make the Road Nevada Action has already endorsed U.S. Senator Bernie Sanders (I-Vermont), Make the Road Nevada Action Director Leo Murrieta also made clear that they always endorse the Culinary Union’s campaign for workers’ rights.

“It’s apparent that [President Donald Trump is] providing sanctuary to criminals by providing these pardons to folks who are crooks and folks who are corrupt. At the same time, he’s separating families at the border and putting children in cages. That’s part and parcel [the problem] we’re facing with this administration, which is why we’re fighting back.”

A little later in the day, I arrived at the Media Center at the Paris/Bally’s convention space. There, I spoke with Nevada Attorney General Aaron Ford (D) about that other juxtaposition that’s been shocking Nevadans in recent days. As Ford described it, “It’s apparent that [President Donald Trump is] providing sanctuary to criminals by providing these pardons to folks who are crooks and folks who are corrupt. At the same time, he’s separating families at the border and putting children in cages. That’s part and parcel [the problem] we’re facing with this administration, which is why we’re fighting back.”

Regarding the Culinary fight and the ongoing debate over universal health care, Ford simply said, “Nevadans believe in health care. We want to ensure we have a president who’s not trying to completely undermine the [Affordable Care Act].” Ford went on to indicate he wanted more thorough answers from the Democratic candidates on not just health care, but also immigration reform, climate change, racial justice, and and restoration of Constitutional rule of law.

And on that other issue over the one candidate who made it onto the debate stage despite declining to even compete in the Nevada Caucus, Ford just said, “I think every candidate who’s running for president needs to be vetted. Period.”

Ford wasn’t the only Nevadan looking for more specific answers on specific issues that our voters care about. Murrieta expressed his wish that the moderators ask more about immigrant civil rights and workers’ rights. And later in the day, Governor Steve Sisolak weighed in at a press conference with the League of Conservation Voters.

When asked about the candidates push for a “Green New Deal” comprehensive climate action and environmental justice plan, Sisolak initially responded, “I really don’t want to hear plans or studies. I want to hear action. […] We don’t have any more time for plans or studies from 30,000 feet up. We need realistic policies that can take action on Day One.”

Needless to say, Sisolak also didn’t have much to say about that one billionaire candidate who took the debate stage despite declining to file for the Nevada Democratic Caucus.

So who won the debate?

When it came time for the actual debate to begin, Sanders, Warren, Biden, Buttigieg, Klobuchar, and the one billionaire candidate who’s not competing in Nevada took the stage and wasted no time in taking shots at each other. That one billionaire was hit by all the others on everything from his history of workplace harassment to his past opposition to the minimum wage and support for institutionally racist policies in New York City.

When the other five candidates were not firing away at that one billionaire candidate who’s not competing in Nevada, they were firing at each other. Warren landed the most blows on all of them, from her indictment of Sanders’ “political revolution” as infeasible due to his reluctance to consider governmental procedural reforms (like his complicated take on the Senate filibuster) or rein in those who attacked Culinary Union leaders in his name, to her indictment of Biden’s, Buttigieg’s, and Klobuchar’s platforms of “small changes” she described as inadequate to fix the nation’s problems.

She also made her own case for herself by declaring, “The way we are going to beat Donald Trump is to have someone with rock solid values and someone who can get things done.” And from there, Warren weaved her way through a number of specific policies, from her signature “wealth tax” plan to her environmental justice plan to address the pollution disparity that hits communities of color the hardest.

By far, Warren seemed to come closest to addressing more of the specifics that Murrieta, Ford, and Sisolak were asking for. Sanders mostly stuck to his tried and true message. Biden tried to reset the narrative on him being the most battle-tested of all the candidates. While Buttigieg and Klobuchar tried to convey the sense that they understand Nevada issues, they ultimately put more effort into attacking each other. And again, so much of the conversation at this debate was ultimately consumed by the one billionaire candidate who’s not even competing here in Nevada.

“When we talk about environmental justice, we see our indigenous population and their struggles with water resources. With child welfare, early childhood education, these are all issues we’re facing here in Nevada. It doesn’t change because of who’s on the stage.”

Despite taking some hits over his post-heart attack health records and his tendency not to explain all the specifics of his “political revolution”, Sanders campaign adviser Jeff Weaver thought Sanders did everything he needed to do. According to Weaver, “Yes, he talked about tax plans. He talked about the ‘Green New Deal’. He talked about income inequality. He talked about education. So yes, he hit all the issues at the top of the minds of Democratic voters.”

Closer to home, former Nevada System of Higher Education (NSHE) Regent Allison Stephens praised Warren’s ability to get more specific, especially when it comes to what Nevada Democratic voters wanted to hear at this debate. “When we talk about environmental justice, we see our indigenous population and their struggles with water resources. With child welfare, early childhood education, these are all issues we’re facing here in Nevada. It doesn’t change because of who’s on the stage,” she explained.

These were just a couple of the voices I encountered in the spin room after the debate. While Warren was the only candidate to speak with reporters beyond the MSNBC stage herself, they all deployed surrogates to the floor. Assembly Member Sandra Jauregui (D-Henderson) spoke up for Buttigieg and insisted that he can connect with Nevada’s voters of color just as well as Sanders. And just feet away, Reps. Dina Titus (D-Las Vegas) and Steven Horsford (D-North Las Vegas) appeared for Biden, although it seemed like they weren’t being utilized as much as fellow Biden surrogate Rep. Cedric Richmond (D-Louisiana).

In a sense, that was a final exclamation mark to the point we saw with this debate, and with the larger matter of this caucus. For all the talk of how much “we matter”, it’s been all too easy for political operatives and the national press corps to lose sight of what Nevada voters are actually trying to accomplish through all this. We have three more days to bask in the glow of this national political spotlight. But if this is all the glow-up we can expect, will we even notice when the lights go out Saturday night? 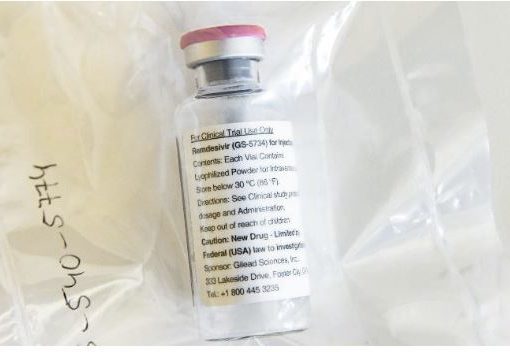 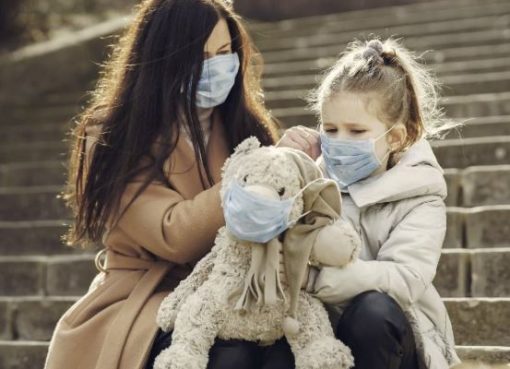