The last four years have revealed to America just how fragile our democracy truly has been. These last four months have since revealed just how close we are to losing it all.

Yes, it can, and it does, happen here.

Once upon a time, Portland (Oregon) was celebrated and/or mocked as that place where white millennial hipsters migrated to feel the fantasy of craft beer and food carts. But over the past three years, Portland’s reputation took a radical turn for the, well – radical, when fascist militia groups began targeting the city in hopes of provoking “street fights” against local Antifa groups. Even as Antifa groups mostly responded with cosplay and milkshakes, the fascist militias continued to strike against the city.

Then, Portland saw an outpouring of Black Lives Matter protests alongside the rest of the nation throughout June. Yet just as the protests appeared to be calming down earlier this month, President Donald Trump decided to ratchet them up all over again by sending in U.S. Department of Homeland Security “secret police” to further provoke protesters. Despite multiple local accounts directly refuting and debunking the White House’s baseless claims about the Portland protests, Trump intends to send even more “secret police” to further inflame tensions.

Who could have guessed something like this would happen? Oh, wait: We’ve discussed this very matter for nearly 18 months.

Here are the receipts.

From February 2019: Whatever one thinks of Trump’s policy goals, this ‘emergency’ of a publicity stunt also amounts to a power grab that threatens to set a dangerous precedent for future concentration of power in one set of hands. This right here is the real emergency. Trump already has a track record of attempts to amass such power beyond the parameters defined by the U.S. Constitution. If Trump succeeds at this, we’ll then have to ask what will be declared as future ‘national emergencies’, and what can be done to end the real emergency of a President on track to reach autocratic levels of power.

From February 2020: What’s left to stop the rest of our civil society from just dropping the “civil” and “society” to morph into something that allegedly is never supposed to happen here? […] Authoritarianism and fascism often don’t conquer overnight. Instead, [autocracy] often arrives via a slow rot.

Except that, sadly, Trump has recently been expediting this “slow rot” by (mis)using the COVID-19 pandemic to foster even more corruption in the “swamp” that is his administration, while simultaneously assigning blame to his political enemies. And now, he’s hurling acid all over the very institutions and “bulwarks” that were supposed to prevent the corrosion.

Yeah, no, he has zero interest in “honoring John Lewis’ legacy”.

The procession for John Lewis stops at the Black Lives Matter Plaza in Washington, D.C., along the route for the civil rights icon's final journey to the U.S. Capitol, where he will lie in state. https://t.co/jsBZl9KQUK pic.twitter.com/qpihEAuFwY

Much has been said about Donald Trump’s conspicuous absence at the late Rep. John Lewis’ (D-Georgia) funeral. But really, why would anyone expect (let alone, want) Trump there? Keep in mind that long before John Lewis’ first election to Congress in 1986, he helped lead civil rights protests across the American South. Long before Trump’s ascension into the White House, the U.S. Justice Department sued Trump’s company for housing discrimination.

Even in the final days before his death, Lewis was working with fellow House Democratic leaders on advancing legislation to take on police brutality. By then, Trump had already ordered a violent attack on Black Lives Matter protesters in D.C. And now, Trump’s maneuvering to do to the rest of America what he’s been doing to Portland… And what he’s been doing to historically marginalized and oppressed communities throughout his reign.

For working-class immigrant communities, Trump’s “secret police” have never really been a secret. Rather, he’s continually matched his dehumanizing rhetoric with brutally dehumanizing actions. And even before Trump, not-really “secret police” across the nation were terrorizing communities of color and ironically using “crime” as an excuse to do so.

When the not-all-that “secret police” were “just” targeting immigrants and other communities of color, it was easy for far too many of us (including at least five U.S. Supreme Court Justices) to pretend our “greatest democracy the world has ever known” would never oppress its own people. Yet between the long tradition of Jim Crow segregation that John Lewis fought all his life and the “new and improved American Carnage” that Donald Trump embodies, it’s finally getting harder and harder for us to pretend that “it can never happen here”.

For months, we’ve been warning everyone about U.S. Attorney General Bill Barr. Whether he’s stomped on established legal precedent in an effort to make the courts destroy the nation’s health care system or stomped on his own team of prosecutors to give Roger Stone a “get out of jail free card”, Trump’s and Barr’s definition of “law and order” is not what the White House wants us to believe it is.

At a House hearing on the “secret police” incursion on Portland, Barr actually claimed, “Largely absent from these scenes of destruction are even superficial attempts by the rioters to connect their actions to George Floyd’s death or any legitimate call for reform.” We know Barr is lying because millions of protesters in Portland and across the nation have made it very clear over the last two months how they’re honoring the memory of Breonna Taylor, George Floyd, and other victims of police brutality. And yes, many of these activists have also released detailed agendas of the change this nation needs.

As expected, Barr continued to gaslight whenever asked about Portland, about federal law enforcement’s actions against other Black Lives Matter protests, about his decidedly more lenient attitude toward Trump’s most favored convicts and pro-Trump armed agitators, and his lack of concern when it comes to destruction and violence that affect the protesters. Where else do we see this happen? Ah yes, this is the not-so-slow rot that’s corroding our democracy in real time. 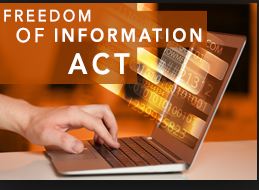 On June 3rd, SB287 dealing with Freedom of Information Act (FOIA) and records requests went from the senate committee with a do pass (41 Nays no Nays). That legislation declared an emergency measure u
Read More

Sisolak Is Still “Exploring All Options” on Addressing COVID-19 Resurgence

Last week, Governor Steve Sisolak (D) tested positive for COVID-19. During a press call today, Sisolak maintained that he’s only been suffering a mild case. Yet when asked about what he will do about
Read More