After President Donald Trump ordered his base to “LIBERATE!” their respective states under protective orders designed to mitigate the spread of COVID-19, his base of “ride or die” supporters obeyed his command and lashed out against “RINO” and “socialist” Governors defying Trump’s lackadaisical approach to the pandemic (including Nevada’s own Steve Sisolak [D]), and some even lashed out against the health care workers at the very front line of response and relief efforts.

You can’t say I didn’t warn you.

Over a month ago, I noticed the case of the Toronto man who tested positive for COVID-19 after attending a convention here in Las Vegas, and I warned you that this pandemic was (already) much closer to home than we cared to admit. Also last month, I explained how Donald Trump was doing little to nothing to contain the spread of the novel coronavirus. And for over a month, we’ve been listening to experts near and far on how best to treat the economic wreckage of COVID-19 while also protecting the public’s health.

Even after he initially relented to federal health officials’ warnings and signaled support for multiple states’ (including Nevada’s) shutdown orders, Trump has since attacked the Governors and the local authorities who are taking action. Even as Governor Steve Sisolak has carefully attempted to avoid the searing spotlight of “The Trump Show”, that hasn’t stopped the Trump administration from punishing Nevada by limiting our personal protective equipment (PPE) supply and our access to CARES Act financial relief.

For well over a year, I’ve paid attention to the experts and tried my best to relay to you their analysis of Trump’s fascistic instincts and his quest for total authoritarian control. Lo and behold, U.S. Attorney General Bill Barr has reemerged and already begun to challenge state and local shutdown orders in federal court. Meanwhile, the U.S. still lacks the kind of widespread testing (and that still includes Nevada) that is necessary to begin any safe procedure to lift the shutdown orders. And instead of rectifying the testing shortage and ensuring ample PPE and other medical supplies for health care providers and other essential workers, First Daughter Ivanka Trump, her spouse Jared Kushner, and their cohorts have ramped up their looting of America lock, stock, and barrel.

Why is this happening?

It’s increasingly looking like Trump and his top lieutenants are consulting experts on how to handle the pandemic. But instead of relying on actual scientists and medical professionals to contain the spread, minimize deaths, and ensure a safe reopening of society, they’re instead turning to campaign spin doctors to revive Trump’s poll numbers and cover up their latest round of brazen corruption.

After enjoying another brief “Trump Bump” last month, Trump’s poll numbers are declining back to their historic norm, and that’s resulting in a growing amount of reputable polls (such as CNN and NBC/Wall Street Journal) showing him falling behind former Vice President Joe Biden nationally and in key swing states (such as Arizona, Wisconsin, Michigan, and North Carolina). So now, they’re trying to move public opinion back towards Trump, or at least away from Biden.

We may be starting to see this happen, at least when it comes to Republican voters’ waning belief of the severity of the COVID-19 outbreak. Even if most Americans continue to believe the science over the snake oil, a simple reversion to the partisan mean may be enough for Republican leaders in states like Florida and Georgia to justify their premature reopenings en masse.

Why is this frightening?

Last Thursday, Nevada State Public Health Laboratory Director Dr. Mark Pandori explained, “Testing, along with social distancing, may be the most important weapon we have to combat this pandemic. […] It’s valuable intelligence we need in this war.” Without sufficient testing, we still won’t know the full extent of who’s contracted COVID-19, who’s carrying the novel coronavirus and asymptomatic (yet can still cause others to become seriously ill), and who’s managed to avoid it.

Despite Georgia Governor Brian Kemp’s (R) claim that, “I don’t give a damn about politics now,” his rush to reopen businesses where people can congregate and further the spread of COVID-19 is completely political. Because Georgia lacks sufficient testing resources, Kemp really doesn’t know how many infected people and how many vulnerable people he’s essentially releasing into the wild, including into businesses like gyms and salons where it’s particularly easy for coronavirus-infected droplets and particles to spread with the doors wide open.

While the caution emanating from Sisolak and his team of medical advisors may seem “harsh” or “extreme” or even “socialist” to some, his approach hews much more closely to the scientific consensus that more widespread testing and air-tight social distancing rules are necessary for a safe reopening of society.

Quite a few more people now marching up the sidewalk here in Carson City for the protest.Very few people wearing masks, social distancing very much not a thing here. pic.twitter.com/caacW8QGpx

Last weekend, a collection of pro-Trump political operatives, Republican-aligned media outlets (such as Fox News), and multiple far-right groups (such as anti-vaccine activists and neo-Nazi militias) organized a series of “LIBERATE!” protests across the nation, including protests in Las Vegas and in Carson City. Since fascist groups had already been spreading xenophobic propaganda all over the internet, these “authentic scenes of outrage and backlash” (read: astroturfed displays of support for Trump) were just the natural evolution of the online rage.

Two nurses, who have witnessed first hand the toll Covid is taking in Colorado, stood up and peacefully counter protested. Here is how they were treated. I had join them. pic.twitter.com/iJnNcqZxSv

While Wynn Resorts’ plan reads far more measured, rational, and doable than what Goodman, Trump, and their “LIBERATE!” base are demanding, there are still two key problems here. One, even Republican Governors like Larry Hogan (R-Maryland) and Mike DeWine (R-Ohio) have admitted that the Trump administration has not supplied states with enough medical supplies (including COVID-19 test kits), and Hogan even admitted that the State of Maryland had to buy test kits and import them from South Korea to circumvent Trump’s looting of states’ supply orders. And two, since the U.S. still lacks these resources that Maddox himself admits are needed to guarantee a safe reopening of businesses, we just don’t know yet when we can guarantee a safer experience for tourists who fly and drive into Nevada, and for the Nevada workers who cater to these tourists.

Postscript: No “liberation” of COVID-19 transmission, at least here in Nevada (for now?)

Last night, Governor Steve Sisolak said he understands Nevadans’ frustration and anxiety over the ongoing shutdown. However, he also made clear he won’t bow to far-right pressure to prematurely “Reopen Nevada” to widespread transmission of COVID-19. At his press conference announcing the state’s data-driven, phased-in strategy for reopening businesses (beginning with our current “Phase Zero”) Sisolak stated, “We have one chance to get this right. The health and safety of Nevadans is our #1 priority. We need to keep all Nevadans safe.”

And just hours earlier, SEIU 1107 and Culinary Union leaders described the PPE shortage that essential workers are suffering in Southern Nevada hospitals and at other essential businesses. According to registered nurse and SEIU 1107 member Jody Domineck, “I know staffers around the [Las Vegas] Valley who are reusing masks that were designed for single-use. It goes against our training. […] We’re doing what we can with what we have, but we need more.”

Keep this in mind next time Carolyn Goodman picks fights with other politicians, loudmouth billionaires, and reporters on national TV. Also keep this in mind next time pro-Trump operatives and fascist militia groups stage another round of “LIBERATE!” protests. Who are they really trying to “LIBERATE!”, and who are they calling upon to pay the price of their “freedom”? 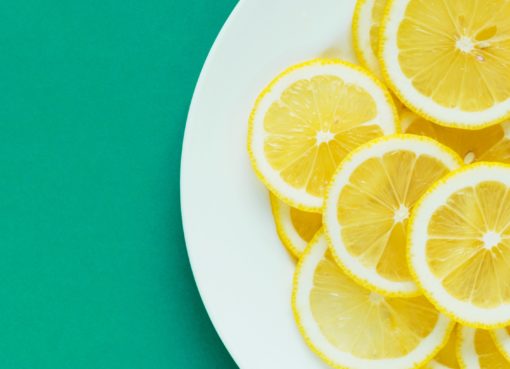 By Tami Tabatabai Osteoporosis occurs when your bones break down faster than they can turn over. Bones loose density become porous and more susceptible to breaking.  Essential for bone developmen
Read More

“Elections Do Have Consequences. Votes Do Matter.”: Rosen Speaks with Reporters on Her Upcoming Agenda in the U.S. Senate

Earlier today, U.S. Senator-elect Jacky Rosen (D) met with Las Vegas local media to talk about her historic victory and what she plans to do when she returns to Capitol Hill. During a fairly freewheel
Read More

Rep. Susie Lee and Communities in Schools Get Back to Basics on Back to School Needs