Here’s the latest on how you can vote in the primary, and possibly how we’ll be voting in the general election in October and November.

“You should have your ballot in the mailbox by May 18. […] Once you receive your ballot, make sure to send it in by June 9, the primary election day.”

During that COVID-19 town hall call with Rep. Steven Horsford last Tuesday, Clark County Commissioner Marilyn Kirkpatrick answered a constituent’s question on this year’s election with a reassurance that the Clark County Election Department will mail ballots to all registered voters in the county, both active and inactive.

Later in the call, Assembly Member Daniele Monroe-Moreno (D-North Las Vegas) added further details: “You should have your ballot in the mailbox by May 18. If you don’t have your ballot by then, contact the Clark County Election Department. Once you receive your ballot, make sure to send it in by June 9, the primary election day.”

Fast forward a week later, and the Nevada State Democratic Party (NSDP) quite vociferously declared victory over what seemed like a quiet, “under the radar” story just a week ago. So what happened?

So why did Nevada and national Democrats sue Barbara Cegavske, and why did far-right groups sue her too? 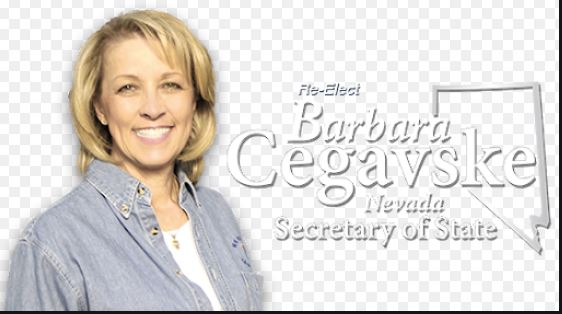 Shortly after Secretary of State Barbara Cegavske (R) announced the state will mail June 9 primary ballots to all active registered voters: that is, voters who have at least participated in the 2016 and 2018 general elections, and voters whose residences were verified by a mailed registration card. NSDP and a host of national Democratic Party aligned groups then sued Cegavske’s office and the Clark, Washoe, and Elko county election offices in state court over Cegavske’s plan to exclude inactive voters from her (temporary?) automatic vote-by-mail program, her refusal to require more than one in-person voting site per county, and her rule prohibiting voters from allowing non-family members to turn in their ballots for them.

In her ruling, Du wrote, “The Court finds that Defendants’ interests in protecting the health and safety of Nevada’s voters and to safeguard the voting franchise in light of the COVID-19 pandemic far outweigh any burden on Plaintiffs’ right to vote, particularly when that burden is premised on a speculative claim of voter fraud resulting in dilution of votes.”

Nevada and national Democrats’ lawsuit may be ending, but this (mail-in) ballot box fight continues.

Earlier today, the Democratic groups announced the withdrawal of their state court lawsuit over the vote-by-mail primary. Yet rather than announcing any settlement with the Secretary of State’s office, the Democratic groups signaled that the Clark County Election Department’s primary election protocol will suffice.

In addition to Kirkpatrick’s promise that all active and inactive registered voters will receive ballots in their mailboxes, Clark County is promising more due process for signature verification of mail-in ballots, a team of 20 deputized “field registrars” to retrieve any completed and sealed ballots that can’t be mailed in by June 9, three locations for anyone seeking to vote in person (including those seeking to utilize Nevada’s new same-day voter registration law), and additional drop-off sites for voters to safely turn in their completed and sealed ballots.

However, there is a big catch: Because Clark County is promising all this for Clark County voters, these changes thus far only apply here. As of today, Washoe County and the rural counties continue to adhere to Cegavske’s guidelines limiting mail-in ballots to active registered voters and limiting in-person voting opportunities to one site per county.

If you live in Clark County, check the Election Department website for updates. If you live elsewhere, check with your county’s registrar of voters. And while this newly expanded vote-by-mail system is currently only in place for the June 9 primary, that may soon change. Voting rights activists and Democratic Party leaders like former First Lady Michelle Obama seem to have convinced House Speaker Nancy Pelosi (D-California) to fight harder to include in “CARES 2.0” federal funding and rules to expand vote-by-mail opportunities nationwide for the general election this fall. In addition, U.S. Senator Catherine Cortez Masto (D) specifically promised to push for vote-by-mail expansion during a virtual roundtable discussion with Battle Born Progress last Thursday, so we’ll keep our eyes out for a potential extension of Nevada’s vote-by-mail expansion into the fall.

COVID-19 Update: The Heart of the Matter

COVID-19 continues to spread, though we have more evidence suggesting that the "Delta Surge" is finally subsiding. So how bad is it? Where are we seeing improvement? And what else must we do in order
Read More

Strike That: Why are (Some) Clark County Educators Threatening a Strike, and Why Are Nevada Schools Still Crying Broke?

He came in promising change, and he actually managed to deliver some. He seemingly overcame Republican intransigence to sign into law major civil rights, climate change, gun safety, and workers’ right
Read More