Nevada’s COVID-19 numbers have gradually improved in recent weeks. Will this recovery continue? According to Nevada’s own top health officials, the outlook isn’t looking so bright thanks to President Donald Trump’s campaign rallies and the Labor Day crowds in Las Vegas.

But hey, at least the bars are set to reopen in Washoe County this week. Isn’t that something?

COVID-19 is not a hoax, but Donald Trump’s conspiracy theories and straw man arguments certainly are.

Over the weekend, President Donald Trump campaigned in Minden, the Las Vegas Strip, and Henderson. During his Saturday excursion in Douglas County, and while speaking at the Henderson event that was clearly in violation of state health safety rules, Trump and his allies made a number of baseless claims.

For one, former Attorney General Adam Laxalt (R), and later Trump himself, claimed that Governor Steve Sisolak‘s (D) warnings against Trump’s rallies were some act of “retribution”. In reality, Sisolak’s administration has had the same 50 person cap on public events since May 29. Also, the White House’s own COVID-19 guidance recommends against gatherings larger than 25 people in “yellow zone” counties, and against gatherings larger than ten people in “red zone” counties like Clark and Washoe.

At his events, Trump and his cohorts then resorted to straw man arguments involving people frequenting other indoor venues to justify his campaign rallies. While we and others have been sounding the alarms over Nevada’s casinos since the state allowed them to reopen, they at least have to adhere to crowd restrictions and other safety protocols that were not in place at Trump’s rallies. And when it comes to grocery stores and other retail venues, they must also adhere to the state’s health safety rules, and people regularly cycle in and out rather than a rally-like atmosphere where people remain in place for a couple hours or longer.

"It is one thing to listen, it is another to care — and yet another to act in time."

From HIDING IN PLAIN SIGHT, the story of American authoritarianism:
https://t.co/ticoFIOZ1o pic.twitter.com/md5JuArDWe

In addition to lying about the series of events leading to his Nevada campaign events, Trump lied about his own actions (and inaction) on COVID-19. In his new book Rage, veteran political reporter Bob Woodward broke four decades’ worth of “opinion-less observer” tradition in declaring at the end of his book that Trump is “the wrong man for the job”. While other pundits might express shock over Woodward’s “bias”, it’s not as if Woodward’s just mouthing off on how he personally dislikes Trump.

Rather, Bob Woodward reached this conclusion after going through extensive evidence, including recordings of his own conversations with Trump. On February 7, Trump told Woodward, “This is deadly stuff,” regarding COVID-19. Yet despite Trump privately admitting that he knew about the true severity of the COVID-19 pandemic all along, he publicly gaslit Americans into believing it will “just disappear”.

For the last six months, we’ve been tracking and documenting the severity of COVID-19 in Nevada and nationally. It’s been clear since the very beginning that Trump never intended to implement a full containment strategy for disease prevention and safe reopening. And with more and more evidence mounting that Trump apparatchiks do more to control the federal government’s messaging on COVID-19 than to actually control further spread of the virus, it’s becoming increasingly obvious what kind of control the Trump administration really wants.

“I think we are anticipating case growth in the next few weeks, which is very unfortunate.”

During today’s Nevada Health Response press call, Nevada COVID-19 Response Director Caleb Cage and Nevada Department of Health and Human Services Deputy Administrator for Public and Behavioral Health and Community Health Services Julia Peek hardly held back in their condemnations of Trump’s conduct. When it comes to Trump openly violating the state’s health safety rules, Cage fumed, “Events like this need to go through an approval process. Events like this need to adhere to our directives and our laws.”

Peek noted that no hits have materialized yet on Nevada’s COVID Trace mobile app, but then noted, “If they were exposed this weekend, it may take five to seven days for it to show up.” Peek also stressed, “If we do see an uptick in cases, our public health workers will respond.”

Cage praised officials at Clark County and the Reno-Tahoe Airport Authority for taking swift action against Trump’s planned rallies at the Las Vegas and Reno airports, but wouldn’t say whether Douglas County will face any consequences for allowing Trump’s Saturday rally there. (The City of Henderson issued a warning to the host of Trump’s Sunday rally, but the host and the Trump campaign went ahead with the event anyway.) He also lamented the possible aftermath of Trump’s actions, just as Washoe County and (the Pahrump section of) Nye County prepare to reopen bars with state approval this week.

Between the Labor Day Weekend crowds and the Trump Weekend crowds, Cage warned, “I think we are anticipating case growth in the next few weeks, which is very unfortunate. We have finally been experiencing a decrease [in new infections, hospitalizations, and deaths].” From there, he assured reporters that state officials are having “ongoing conversations” with municipal authorities on potential actions to avoid a repeat of such widespread violations of health safety rules.

And now, an update on Nevada’s COVID-19 stats 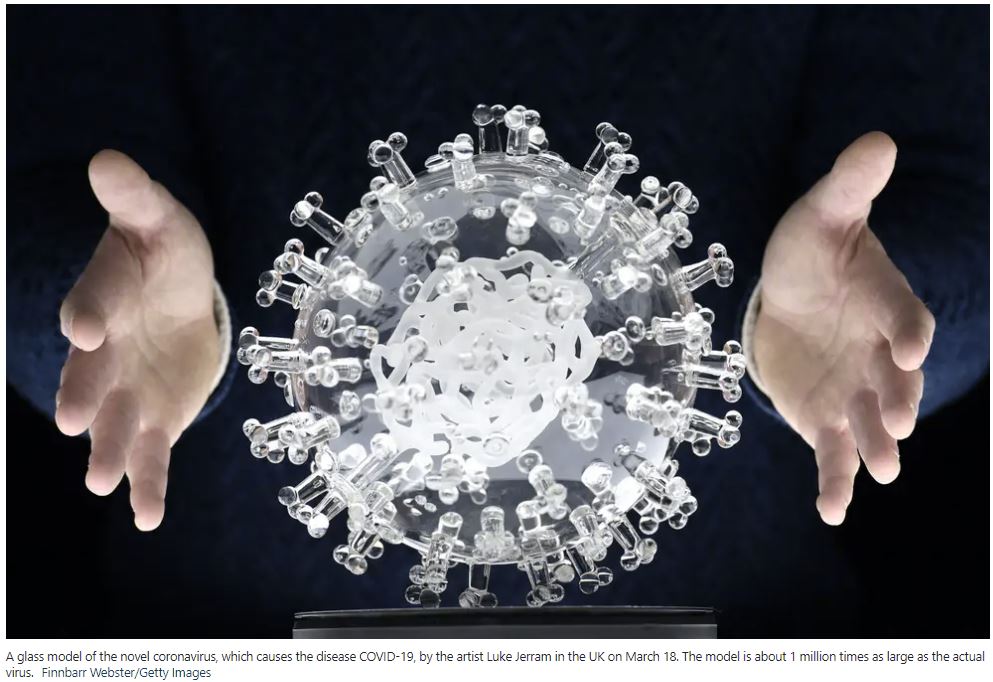 Now that we fact-checked Trump on COVID-19, let’s examine Nevada’s latest COVID-19 stats. Keep in mind that many of these are lagging indicators, so it may take a few more days to determine how much of an impact Labor Day Weekend and this past Trump Weekend made. Now with all that said, the official Nevada Health Response database and The Nevada Independent’s tracking page both show new COVID-19 infections approaching lows we haven’t seen since June. And with 473 total (confirmed and suspected) COVID-19 hospitalizations, we also haven’t seen numbers this low since June.

Nevada’s cumulative test positivity rate has slipped in recent days to 11.5%, and the seven-day average is gradually coming down to the 10%-12% range. Keep in mind that this is still over double the WHO’s recommended 5% test positivity benchmark for safe reopening, but this does mark further improvement from the worst days of our “summer surge”.

Nevada has suffered 1,456 confirmed COVID-19 related deaths so far this year, and this includes four more deaths that have been recorded today. While Nevada’s average daily death count has also dropped significantly from our July and August highs, we’re still averaging almost ten COVID-19 deaths per day. And if we see future waves of mass violations of health safety rules, we may very well see these grim numbers rebound once more.

The State of the Shutdown… Is Almost Done

Moments ago, President Donald Trump made the long-awaited announcement that he will sign a continuing resolution to fully reopen the federal government. For the past month, large chunks of the federal
Read More

Last week, we explored the challenges that the COVID-19 coronavirus poses to our physical health. Today, we look at the other threat coronavirus poses: the threat to our economic health. Here’s what w
Read More