President Donald Trump has COVID-19. Even though it’s the most unsurprising of “October Surprises”, Trump’s diagnosis and his actions nonetheless plunged an already beleaguered America further into chaos and confusion. So what does this mean for America’s public health, as well as the health of our democracy?

Also: Since we’re talking about COVID-19 again, we have another update on Nevada’s stats.

Donald Trump was no match for SARS-CoV-2.

The awful presidency of who now? What was that?!

What an absolute trash heap. https://t.co/KPq6P5DzAK

At last week’s debate, Donald Trump indulged in revisionist history as he declared victory over COVID-19 while “moderator” Chris Wallace sat back and had Trump and 2020 Democratic presidential nominee Joe Biden talk more about U.S. Senator Bernie Sanders (I-Vermont) than Trump’s own health care record (and how Biden would govern differently). It’s increasingly looking like Trump already had COVID-19 when that debate was happening.

According to a new Cornell University study, some 38% of the 1.1 million media reports published between January 1 and May 26 that contained COVID-19 misinformation featured Donald Trump lying about the virus. Yet despite Trump’s penchant for spinning away the truth, the SARS-CoV-2 coronavirus didn’t care. Even as Trump was debuting Amy Coney Barrett as his U.S. Supreme Court nominee at the White House Rose Garden on September 26, the virus was spreading all around him (and possibly even including him).

It’s hard to keep count of all of Trump’s lies about COVID-19. He lied about America facing no risk for an COVID-19 outbreak late last year and early this year. He lied when he claimed that America only needed “15 days to slow the spread” in mid-March. He lied when he declared hydroxychloroquine was a “game changer” miracle drug for COVID-19, and again when he gave the same spin to experimental convalescent plasma treatment. He lied when he encouraged Americans to drink and/or inject bleach and other disinfectants to treat COVID-19. And he has repeatedly lied about the likelihood of a safe and effective COVID-19 vaccine coming online this year. And regardless of all of Trump’s elaborate lies, he couldn’t just lie the COVID-19 away.

Stop the spin: Here’s what Trump actually faces in the days ahead.

18/ Now we're down a bad loop of the algorithm: not only with symptoms, but symptoms (such as shortness of breath or cough) or signs (such as low oxygen) bad enough that his docs think he needs to be in the hospital. They wouldn't do that if he only had a fever & muscle aches… pic.twitter.com/CyyN2DUtUL

Look, I’m not here to revel in Trump’s and his allies’ misfortune. I’m here to remind everyone that this stuff is serious. For a brief moment Friday morning, I wondered whether Trump’s diagnosis could perhaps resonate with his base in a way that all the real scientific evidence hasn’t. But with Republican Party “leaders” continuing to act recklessly and these “leaders’” cavalier attitudes trickling down to rank-and-file Trump supporters, it’s becoming increasingly clear that a dangerously high number of Americans have developed “herd immunity” to science and the truth.

Just look at Trump himself to see how real this threat is. Regardless of the White House’s increasingly outlandish gaslighting – gaslighting that sank to new lows with Trump’s bizarre joy ride to greet supporters outside Walter Reed Medical Center – Trump likely faces a long and challenging road ahead. As actual medical professionals (with no incentive to spin this news) have been explaining since Friday, Donald Trump’s hospitalization last Friday and use of corticosteroids (not anabolic!) over the weekend strongly suggest that his infection is far more severe than White House officials make it out to be.

Bottom line: it seems like Trump is stable, but remains at high risk, given transient hypoxemia, some findings on chest imaging. The happy talk and evasions are clearly at Trump's direction, putting the docs in a terrible position. No way he's ready for discharge tomorrow. (8/8)

Despite the wild spin and the cheery rhetoric, Trump faces a challenging road ahead. Just from what we know about his respiratory struggles, his case may not ultimately be fatal, but his chance of death is well above zero. And even if Trump follows through on his threat to discharge himself from Walter Reed tonight and he survives this COVID-19 infection, he’s looking at the strong likelihood of lifelong damage affecting his lungs, and possibly other organs.

Beyond Trump himself, his actions led to several more infections, including those of First Lady Melania Trump, multiple U.S. Senators, and multiple White House staffers. Even Amy Coney Barrett, who herself suffered COVID-19 earlier this year, now faces risk of reinfection. And for the White House’s heavy reliance on “rapid testing” (which tends to be less accurate than the slower PCR tests), this latest and greatest outbreak to reach the highest levels of the U.S. government and the Republican Party should be our most potent reminder yet that we can not afford to let up on the basics: wearing masks, washing our hands, social distancing, isolating active infections (think – quarantine!), and more robust testing and contact tracing nationwide.

According to Covid Act Now, Nevada’s infection rate remains at a dangerously high 1.15, meaning that every 100 COVID-19 infections will result in another 115 new infections. While Washoe County’s infection rate has finally slipped to 1.06, Clark County’s has surged even higher to 1.18. Nye (1.15) and Elko (0.94) Counties’ respective infection rates have also surged higher, while Douglas County (0.94) and Carson City (0.79) remain below their September highs. The state continues to flag Clark and Washoe Counties for elevated risk, while Humboldt County got added to the state task force’s county watch list and Lyon County got taken off the list.

According to the official Nevada Health Response dashboard and The Nevada Indepdendent’s COVID-19 data tracker, Nevada’s cumulative test positivity rate remains at 11.5% and the seven-day average now hovers above 13%. This is well over double the WHO’s recommended 5% test positivity benchmark for safe reopening.

The state has officially reported 1,623 COVID-19 deaths this year, though keep in mind that we usually don’t get as many updates on the death count over the weekend. Overall COVID-19 hospitalizations remain low at 441 (confirmed and suspected combined). Nevada’s overall hospital occupancy stands at 66%, ICU occupancy is at 54%, and 31% of Nevada’s ventilators are currently in use.

Cancel the Memes, Drop the Conspiracy Theories, and Focus on the Real Jeffrey Epstein Story 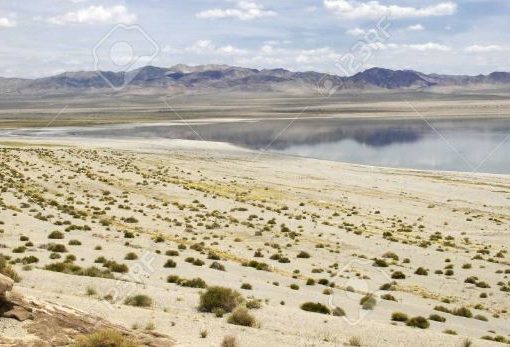 Bring This Home: A Closer Look at the Big Picture Behind Las Vegas’ Controversial Homeless Ordinance

Last week, the Las Vegas City Council garnered national attention for an ordinance establishing more of a “tough on crime” approach to homeless encampments. This came hot on the heels of San Francisco
Read More