U.S. Senator Catherine Cortez Masto (D) closed her August recess with an open roundtable discussion with local media at her Las Vegas district office. She took questions on several subjects, including President Donald Trump’s immigration policies. Cortez Masto wouldn’t go as far as some of her Democratic colleagues have gone in pushing to abolish ICE, but she did promise to continue fighting for immigrant families Trump wants separated and deported. And in a marked departure from fellow Nevada Senator Dean Heller (R), Cortez Masto demanded Congress exercise greater oversight of the White House’s deportation regime.

“There was no intent to reunify the families. […] This is outrageous and inhumane.”

Though the Trump administration’s family separation scandal has mostly faded from the national headlines, it’s still a crisis affecting many families on both sides of the U.S.-Mexico border. When asked about the progress being made to reunify families, Cortez Masto noted, “There are 463 parents who were deported without their children. We should be tracking the parents down to reunite them with their children.”

Thus far, the Trump administration has claimed these parents agreed to separation. Cortez Masto doesn’t believe the administration: “I think the Secretary of Homeland Security was not telling the truth when she claimed 463 parents voluntarily waived their right to be with their kids. I know that is a lie.”

As proof, Cortez Masto cited the conversations she had with parents being incarcerated at a detention facility near Brownsville, Texas, in June: “I’ve actually met with these parents. Every single parent whom I met with at the detention facility in Texas wanted to be with their child.” She later added, “There was no intent to reunify the families. […] This is outrageous and inhumane.”

“We’re going to do everything possible to make sure this ‘zero tolerance’ policy that the Trump administration has implemented will never happen again.”

So then, what’s being done to reunify these families and stop the separation and deportation of other immigrant families? Cortez Masto talked about the REUNITE Act that she’s introduced with Senators Kamala Harris (D-California) and Jeff Merkley (D-Oregon) to reunify all families separated by Trump’s “zero tolerance” policy, and create a new federal government protocol that encourages alternatives to detention.

As she described what her bill does, Cortez Masto promised, “We’re going to do everything possible to make sure this ‘zero tolerance’ policy that the Trump administration has implemented will never happen again.”

But what about the government agencies that carry out Trump’s deportation agenda with such fervor and zeal? When asked about the growing movement to abolish ICE, Cortez Masto voiced concern about the future of agencies housed within ICE, such as Homeland Security Investigations (HSI), that conduct various law enforcement duties. However, she also noted a June letter from a group of Texas HSI agents calling for HSI’s separation from ICE’s deportation operations as further evidence that the system is in serious need of reform.

So what will change? Cortez Masto voiced hope that should Democrats win control of (at least one house of) Congress this fall, she and her colleagues will have an easier time exercising oversight of ICE and other agencies carrying out Trump’s agenda.

Cortez Masto cited her experience being denied entry to another federal detention facility in Texas as she explained the need for better oversight: “These are taxpayer dollars. They’re publicly funded. I’m a United States Senator. We appropriate the funds. Why shouldn’t we be able to see how the taxpayer dollars are being spent, and how we’re caring for these children?”

In calling for stronger oversight and serious reform of the federal immigration enforcement system, Cortez Masto differentiated herself from Heller, who thus far has either expressed mild criticism or surreptitious support for Trump’s deportation regime. But as long as Republicans remain in the majority, they call the shots in determining how much oversight actually occurs.

“We have to get back to a place where we do our job, we craft our legislation, we debate it, […] and we send it to the White House and let the President decide what he’s going to do with it.”

Every so often, Trump tweets his threat to shut down the federal government if he doesn’t get $25 billion for his desired border wall. When asked whether Congress should appropriate any funds for “The Wall”, Cortez Masto recalled the Senate’s attempt to pass bipartisan DACA legislation in explaining why she’s done playing his game: “I can’t trust anything this President says, because he’ll say one thing, then have us work on an issue, then turn around, torpedo it, and sabotage it.”

In an echo of Rep. Dina Titus’ (D-Las Vegas) pointed criticism of Republican obstruction of immigration reform earlier this week, Cortez Masto also called on her colleagues to return to the table and match their “concern” with real action: “We have to get back to a place where we do our job, we craft our legislation, we debate it, […] and we send it to the White House and let the President decide what he’s going to do with it.”

Cortez Masto then promised to continue fighting for humane immigration policies, despite the occasional setbacks: “I’m not giving up. My colleagues are not giving up. I know there’s still bipartisan support.” She continued, “I believe we can get there. There are still opportunities to do it.”

That opportunity may not arise when Congress returns to session next week, as Congress will likely begin winding down “regular business” to focus on midterm campaigning (and at this point, Trump’s nomination of Brett Kavanaugh to the U.S. Supreme Court is part of the campaign). But should the balance of power shift in November, so will the state of play on Capitol Hill when it comes to immigration reform. Judging by what Cortez Masto told us today, she seems ready to take advantage of the opportunity to finally do something.

It may be 2021, but the COVID-19 pandemic still rages on. With the national “vaccine strategy” still woefully lacking, and with state and local authorities still left to pick up the pieces, the new ye
Read More 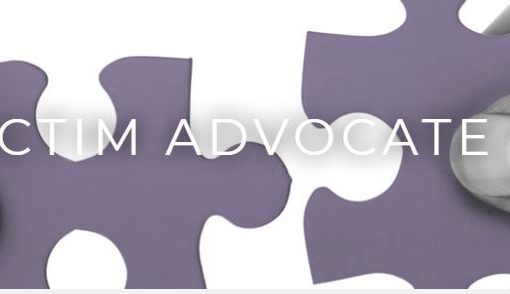