In a sort of pre-buttal ahead of President Donald Trump’s visit to Las Vegas tomorrow, both of Nevada’s U.S. Senators and the Governor denounced Trump’s latest efforts to take down the Affordable Care Act. At First Person Care Clinic in Downtown Las Vegas, U.S. Senator Jacky Rosen (D) bluntly stated, “Today, I’m here to say this: Enough is enough!”, after fellow Senator Catherine Cortez Masto (D) promised “the fight is on” to defend the Affordable Care Act from the Trump administration’s ongoing attempts to sabotage the health care law.

“Trump promised they’re working on a truly great health plan. […] Do not be fooled by their rhetoric. Look at their actions.”

Last month, we took a closer look at the Trump administration’s decision to essentially argue for the judicial repeal of the Affordable Care Act (ACA, or Obamacare) in the Justice Department’s brief to the Fifth Circuit Federal Court of Appeals. This appellate court will eventually render its decision on Texas v. United States, which will probably be followed by the U.S. Supreme Court weighing in one way or another.

According to Senator Catherine Cortez Masto, “Access to affordable, quality care is the #1 issue I hear from Nevadans. It’s consistently been their top concern.” Cortez Masto then addressed one of the most pressing of Nevadans’ health care concerns as she noted, “In Nevada, 1.2 million have preexisting conditions. If the lawsuit succeeds, their coverage will no longer exist.”

In addition, Cortez Masto explained how Medicaid expansion, mental health care funding, and rural health care programs are all at risk thanks to Trump’s decision to ask the federal courts to strike down the entire ACA. She then noted, “This week, [President Donald] Trump promised they’re working on a truly great health plan,” and added, “Do not be fooled by their rhetoric. Look at their actions.”

“I am committed to do everything in our power to continue and protect that coverage.”

If Trump succeeds, Sisolak fears, “It will leave hundreds of thousands of Nevadans out to dry without coverage.” More specifically, Sisolak noted, “There are 211,000 more Nevadans who have coverage thanks to Medicaid expansion, which hangs in the balance with Trump’s [lawsuit].”

As a result, Sisolak insisted, “I am committed to do everything in our power to continue and protect that coverage.” In addition to the legal efforts he described as “protecting ACA from partisan attacks and protecting our citizens,” Sisolak cited State Senator Julia Ratti’s (D-Sparks) SB 235 to codify in state law the ACA’s protections for patients with preexisting conditions as an example of his and Democratic legislative leaders’ efforts to do all they can at the state level to shield Nevadans from Trump’s ongoing efforts to unleash mayhem on the nation’s health care system.

“Each and every one of us is one diagnosis away from joining that preexisting condition group. […] If Trump gets his way in court, people will suffer the consequences.”

At Touro Health Center in Henderson last October, then Rep. Jacky Rosen (D) stated, “All of us are one diagnosis away from a preexisting condition, so I am more than inclined to support legislation to prevent that from happening.” At First Person Care Clinic today, Senator Jacky Rosen revisited that statement as she declared, “Each and every one of us is one diagnosis away from joining that preexisting condition group.”

In addition to this latest anti-Obamacare lawsuit, Trump continues to pursue legislation to undermine or outright repeal the health care law. Senate Majority Leader Mitch McConnell (R-Kentucky) may have talked Trump out of forcing Congressional Republicans to advance another “repeal and replace” bill, but that still hasn’t stopped Trump from inserting into his proposed 2020 budget a call to revive the “repeal and replace” (also known as Trumpcare) bill that then Senator Dean Heller (R) signed onto alongside Senators Bill Cassidy (R-Louisiana), Lindsey Graham (R-South Carolina), and Ron Johnson (R-Wisconsin).

While Trump was a fan of Heller’s bill, then Governor Brian Sandoval (R) joined Nevada Democrats in warning that the state stood to lose $639 million in federal funding as some 243,000 Nevadans stood to lose their health insurance under the Graham-Cassidy-Heller-Johnson plan. Some five months after Heller lost his Senate seat to Rosen in an election when health care loomed large on the campaign trail, Rosen reiterated, “There is no Republican replacement plan that ensures protections for preexisting conditions and preserve affordable options for consumers.”

“[Republicans] have failed to show us a replacement. All they want to do is take it away. Pushing it off to 2020 [is irresponsible]. Where’s the plan?”

We don’t know yet what, if anything, President Donald Trump will say about health care when he addresses the Republican Jewish Coalition’s annual meeting at The Venetian tomorrow. Yet whatever else he ultimately does, Nevadans like First Person Care Clinic CEO Roxana Belaton, CSN student Rachael Siota, and U.S. Marine Corps veteran Max Maxwell fear the worst if Trump gets his way on repealing Obamacare.

After Maxwell described how his first wife Patti died from cerebral hemorrhage due to a treatable heart condition some 25 years ago, then explained how his current wife Janice is battling chronic disease that’s already challenged her mobility, he issued this plea: “We’re dying out here. This is not a political game.” Maxwell continued, “We need Congress to work together on a new health care plan. It’s literally life or death to millions of Americans whose lives are in the balance.”

When local reporters had the opportunity to ask questions, Cortez Masto and Rosen endorsed efforts to expand funding for more community health centers like First Person Care Clinic, secure and enhance the ACA’s guarantees for preventive care coverage, and restore cost sharing reduction programs to stabilize the insurance exchanges. While these proposals may not sound as exciting as Senators Bernie Sanders’ (I-Vermont), Elizabeth Warren’s (D-Massachusetts), Kirsten Gillibrand’s (D-New York), Kamala Harris’ (D-California), and Cory Booker’s (D-New Jersey) respective plans to move the nation into a “Medicare for All” single-payer health care system, Cortez Masto and Rosen made clear that Nevadans can’t wait until 2020 or later to get covered as they touted ideas to undo Trump’s damages.

While Trump’s been eager to campaign against these Democratic candidates’ health care plans, Rosen sought to remind the White House that it’s incumbent upon them and Congress to protect Americans’ health care now: “They have failed to show us a replacement. All they want to do is take it away. Pushing it off to 2020 [is irresponsible]. Where’s the plan?”

Mesquite, Nev. — On Tuesday, November 26, 2019, Congressman Steven Horsford (NV-04) wrote a letter to the Bureau of Land Management in Nevada to oppose an impending oil and gas lease sale on Decembe
Read More 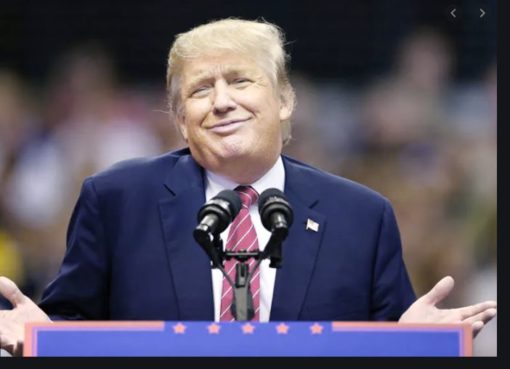 Donald J. Trump cannot be trusted to deal with, or calm fears as the Coronavirus (COVID-19) moves steadily towards a Pandemic event. In 1,095 days, Donald J. Trump has made 16,241 false or mislead
Read More

Moments ago, the U.S. Senate voted 96-0 to pass a massive emergency relief package that will probably cost somewhere close to $6 trillion. While that $6 trillion figure looks awfully huge, will it be
Read More