In recent days, the crisis facing the U.S. Postal Service has finally moved to the forefront amidst growing complaints of mail delays. Today, U.S. Senator Catherine Cortez Masto (D) met virtually with former and current postal workers to discuss what President Donald Trump and his administration are doing to the U.S. Postal Service, as well as what Congress must do soon to save the U.S. Mail.

How bad is it now?

Trump telling people to vote in person while he votes by mail & GOP closing 1600 polling places in states like GA TX AZ & recruiting 50,000 poll watchers to challenge voters of color at polls

.@SarahKendzior: "If you want to predict what Trump's going to do, look at the mechanisms that would allow his opponents to gain leverage or hold him accountable, then look at how he's going to destroy them."
More of this @gaslitnation episode here: https://t.co/XAbi9AKGQl pic.twitter.com/UqxbXRPbLl

As we noted yesterday, Postmaster General Louis DeJoy promised that he will cease further “cost cutting” measures in the U.S. Postal Service (USPS) that have led to mail delays, rising costs for consumers, and growing worries about whether Americans who vote by mail this fall can truly feel confident about actually casting ballots that will actually be counted. And yes, as documented in the multi-state lawsuit against DeJoy, “cost-cutting measures” like the removal of sorting machines are affecting mail delivery here in Nevada.

This morning, Senators Catherine Cortez Masto and Gary Peters (D-Michigan) co-authored a letter to DeJoy seeking answers on his recent cuts to USPS. And moments ago, Cortez Masto held a virtual roundtable discussion with former and current U.S. Postal Service workers to better explain what’s happening to the Postal Service and why it matters.

“You take an oath as a letter carrier to deliver the mail in a timely manner.”

During Cortez Masto’s WebEx call with postal workers, a couple of them confirmed the materials of the multi-state lawsuit (that Nevada Attorney General Aaron Ford [D] officially joined yesterday), specifically that six Las Vegas area USPS stations have had sorting machines taken offline. And systemwide, the U.S. Postal Service’s understaffing problem is becoming more of a crisis due to DeJoy’s ban on workers staying on the job overtime.

As she was being briefed on how DeJoy’s prior “cost-cutting measures” are affecting mail delivery in Nevada, Cortez Masto warned, “Because of the changes the Postmaster General made, he’s deliberately delaying mail service.” Cortez Masto then noted that some 85,500 Nevadans relied on the U.S. Postal Service to fulfill some 1.2 million prescriptions last year, and that 20% of patients who were regularly obtaining their prescription drugs by mail have experienced delays so far this year.

She thanked the postal workers on the call for doing their jobs and abiding by the oaths they took. As Cortez Masto pointed out, “You take an oath as a letter carrier to deliver the mail in a timely manner.”

“I don’t know how anyone could not support this legislation, considering how important [mail delivery] is. This should be, and must be, a bipartisan issue.”

Even though DeJoy has promised not to initiate any further cuts to staffing and services before the election, Cortez Masto indicated that’s not good enough for Nevadans who’ve already been harmed by the cuts DeJoy made prior to yesterday. She noted, “Just in my office alone, we’ve had over 7,000 people write to us. I’ve had seniors and veterans write to us about their concerns regarding the delays.”

Cortez Masto then added, “[DeJoy] has to put back the machines he put away. He has to address the understaffing. […] He has to ensure timely mail service, and that must continue past the election.”

Yesterday, Reps. Dina Titus (D-Las Vegas) and Steven Horsford (D-North Las Vegas) promised that House Democrats will soon advance legislation to provide $25 billion in emergency funding to the U.S. Postal Service and reverse DeJoy’s prior service and staffing cuts. House Democrats will probably have to take such action if they want to reverse these cuts, as House Speaker Nancy Pelosi (D-California) recently indicated that DeJoy has no intention of restoring more timely mail delivery service any time soon.

But if the House passes such legislation, will the Senate act? Even as she warned that Senate Majority Leader Mitch McConnell’s (R-Kentucky) “concern doesn’t seem to be the best interest of this country,” she nonetheless expressed hope that enough Republicans cross the partisan divide and ensure their own constituents get their mail on time. For Cortez Masto, “I don’t know how anyone could not support this legislation, considering how important [mail delivery] is. This should be, and must be, a bipartisan issue.”

“We can’t take anything for granted. Like Michelle Obama said, once you get your ballot, fill it out and mail it in immediately.”

As Trump’s and DeJoy’s recent changes have raised alarms amongst voting rights activists over how Americans will be able to vote by mail this fall, some Democratic Party insiders have already begun to follow Michelle Obama’s lead in switching their messaging and emphasizing in-person early voting more to avoid the possibility of Trump declaring victory as Biden voters wonder whether their mail-in ballots will ever be counted.

Yet today, Cortez Masto offered this twist on Obama’s recommendation: “We can’t take anything for granted. Like Michelle Obama said, once you get your ballot, fill it out and mail it in immediately.” She then pointed to AB 4, which Governor Steve Sisolak (D) signed into law earlier this month, that establishes new rules on all active voters being mailed ballots, more in-person voting sites being available in October and November, and the allowance of third-party ballot collections for those who can’t mail in ballots on their own (such as Nevadans with disabilities, and Native American communities with limited mail service).

As Cortez Masto and the postal workers pointed out that DeJoy’s announcement only promised a temporary pause on further cuts, she warned, “If this is just the beginning of the delay, what’s going to happen in the future?” She then added, “We’re talking about basic necessities, so many important things that must be delivered.” And she later called on everyone not to give up: “We need to call this out for what it is and shine a light on it.”

In Henderson, Bernie Sanders Calls for Democrats to Move “Forward Together” to Defeat Donald Trump

When we last saw U.S. Senator Bernie Sanders (I-Vermont) in March, he gave his “political revolution” a big, sunny, Silver State reboot. Just since then, much has changed. More candidates have jumped
Read More

Trail Mix: Quite the “Kickoff to Caucus” on the First Day of Early Voting

As I write this, I’m curled up on the couch and recovering from a very long three days on the Nevada Caucus campaign trail. Don’t worry, I’ll soon be back on the trail and back to full speed ahead. Bu
Read More 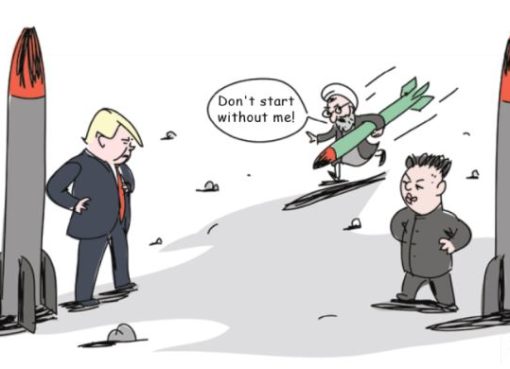