For those who have been following along with our climate change coverage for the last three years, this doesn’t come as too much of a surprise. But particularly in the last two weeks, local, national, and even international media outlets have turned to Las Vegas and our nearby Lake Mead to ask: Where has all the water gone?

The American West has been enduring drought for the last two decades. At the same time Nevada has continued to grow at a rapid pace, to the point where we now have over 3 million residents and continuing heavy pursuit of “economic development” involving water-intensive industries. Though the Southern Nevada Water Authority (SNWA) has done a remarkable job of managing the region’s water resources and finding ways to “do more with less”, questions remain over how much more growth we can truly afford, especially with Utah threatening to divert water from Lake Powell and risking lower Colorado River flow into Lake Mead. Of course, we also have the bigger and more long-term problem of “the law of the river” being based on higher water levels that we haven’t experienced in decades.

As much as Nevada’s civic leaders were hoping that the 2019 Drought Contingency Plan (DCP) agreement would settle matters on the Colorado River, here we are in 2021 – still worrying about how low Lake Mead may go in the days ahead. Even with the seven-state DCP in place, the U.S. Bureau of Reclamation may nonetheless declare a shortage at Lake Mead – the very fate that the DCP was supposed to help us avoid – because the current pace of water loss exceeds that of Reclamation’s 2020 “full hydrology” model based projection, and we’re even currently on track to exceed the 2020 “stress test” model that merely anticipated Lake Mead falling below 1,075 feet of depth by 2023. (As of June 22, we’re already at 1,070.)

One would think that such a severe loss of water at the Colorado River would spark new action to act on climate change and change our plans for future development. Yet while we’ve seen some continued local progress on water conservation, we’re also looking at a new federal lands bill for Clark County that aims to open at least 30,000 more acres of land along the I-15 corridor between Henderson and Sloan to new development, and they say this provision is necessary because we need enough land to sustain 32% population growth between now and 2060.

As Nevadans debate how much more land we need to grow, we must ask ourselves this: Do we really have enough water to sustain this kind of growth? In the days and weeks ahead, we will finally return to “The Water Front” to ask more questions and seek some answers on the future of growth, development, and our fragile desert climate. 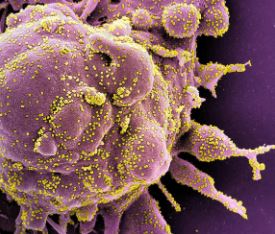