Since last year’s CRWUA conference, we have seen one major difference with the completion of the seven-state Drought Contingency Plan (DCP) that covers the entire Colorado River Basin. However just minutes after Burman spoke on the main floor, officials from various parts of the basin urged each other to do more and do better to conserve the little water we have. How exactly is that coming along, and what other differences can we see in the future?

“It was truly remarkable to have the divergent interests of the basin forge a compromise and make the difficult agreements to complete the DCP.”

Around this time last year, Commissioner Brenda Burman delivered this ultimatum to CRWUA attendees: “Close isn’t done, and we are not done. Only done will protect this basin.” This year, as in just yesterday, Burman said, “It was truly remarkable to have the divergent interests of the basin forge a compromise and make the difficult agreements to complete the DCP.”

And unlike last year, when Burman urged officials from across the Colorado River Basin to finish the DCP already, this year she urged patience on matters like renegotiating the 2007 agreement that turned Lake Mead into a sort of regional water bank. On that, Burman declared, “It’s not yet time to take up that task.”

Yet despite Burman’s more relaxed approach, some at CRWUA want to see more “fierce urgency of now”. While the DCP successfully fended off the threat of federal water rations, and while Upper Colorado River Basin snowpack is currently running 15% above average, ongoing legal concerns and the ever escalating threat of climate change may yet upend the delicate peace that the DCP has ushered in for now.

“Conservation is still right here, under our noses, the quickest and most cost effective way.”

While Burman voiced confidence in the states’, municipal water agencies’, and Native American tribal authorities’ ability to cooperate, some of these very local officials were voicing notes of warning and caution. Shortly after Burman’s presentation on the main stage, Southern Nevada Water Authority (SNWA) Director of Water Resources Colby Pellegrino noted their use of data from the U.S. Geological Survey and UNLV’s Center for Business and Economic Research (CBER) showing less Colorado River water for everyone to work with in the next 50 years.

As Pellegrino described this challenge, “It’s a pretty severe stress test for our water resource portfolio.” Pellegrino then noted how SNWA and the larger community have already been rising to this challenge with conservation programs like outdoor watering schedules and turf removal. As Pellegrino put it, “There’s significant water savings to be achieved by changing the mindset of how we use it.”

Later in the day, I caught up with Pellegrino to talk some more about her presentation and the challenges that lie ahead for her agency and the entire region. When asked how SNWA plans to handle those future challenges, she replied, “Conservation is still right here, under our noses, the quickest and most cost effective way.”

According to SNWA’s latest water resource plan, they’re bracing for more population in the Las Vegas Valley and more extreme dryness caused by climate change. When I asked how the region can best manage this difficult intersection of climate crisis and urban planning, Pellegrino responded, “It’s not how much we grow, or how many more people we grow, or how much more land we grow. It’s how we develop that land that matters.”

And yet, as we’ve been seeing with the ongoing debate over Jim Rhodes’ proposed development at Blue Diamond Hill (near Red Rock Canyon), and as we’re now seeing with the percolating discussion over Clark County’s proposed public lands bill and its provision for new protected lands in exchange for 296,600 acres of currently protected public land opened to new development, questions on how we develop land inevitably lead to more questions on how much more land we can truly afford as additional suburban and exurban sprawl.

Pellegrino and SNWA spokesperson Bronson Mack then cited many of the changes made in recent years, such as turf restrictions (none in front yards, no more than 50% coverage in backyards) for new houses and new xeriscaping rules for business and industrial parks) and “Water Smart” conversion incentives (raised from $2 to $3 per square foot for the first 10,000 square feet per property per year), as critical in guaranteeing a more sustainable future. Pellegrino specifically cited 19,500 acre feet saved from the last 18 months of non-functional turf removal. If you’re wondering what that means, Pellegrino explained, “If the only person walking on that grass is the landscaper, that is non-functional turf.”

Still, even if all our new growth is “Water Smart” growth, how much more can we afford? Pellegrino and Mack pointed to SNWA’s Water Resource Plan bracing for the addition of up to 1.5 million more people in Southern Nevada over the next 50 years. As Pellegrino explained, “We have 300,000 acre feet of Colorado River water. We have 46,000 acre feet of local groundwater. We’ve got 30,000 acre feet of Virgin and Muddy River water that we bring to Lake Mead as our tributary ICS. Our permanent resource in round numbers is 380,000 acre feet.”

Due to the low water level at Lake Mead (1,086 feet as of today) and the new across-the-board DCP cuts, SNWA’s total comes down to 350,000 acre feet. However, Pellegrino noted, “Where we sit today, we’re using less than 280,000 acre feet of those resources. […] If you just want to look at it from that perspective, we have a 70,000 acre foot buffer if we do nothing else water conservation wise.”

“We need to make sure water supply is available, regardless of what Mother Nature throws at us.”

Shortly after her Thursday speech to the main floor, Brenda Burman held a press conference and took reporters’ questions. I asked about the not-so-subtle tension amongst Basin officials over who needs to conserve more. Burman replied, “At Reclamation, we’re water managers. We need to make sure water supply is available, regardless of what Mother Nature throws at us.”

She then acknowledged, “Absolutely, we will have to do more” on Basin-wide conservation. But when The Nevada Independent’s Daniel Rothberg asked about the Trump administration’s support for “augmentation and mitigation” of water supply, Berman replied, “In order to meet the needs of the basin, we will need an ‘all of the above’ approach. […] I think infrastructure is part of the solution.”

And when the Associated Press’ Ken Ritter asked how pipelines (such as SNWA’s Eastern Nevada pipeline proposal) fit into the White House’s “all of the above” approach, Burman quipped, “If Hoover Dam and Glen Canyon Dam weren’t there, we’d have gone into crisis long ago. […] There needs to be investment in efficiency projects so we know our cities and our rural areas get all the water they need.”

“The president was clear when he ran for office what his policy is on energy. He supports an ‘all of the above’ approach.”

Today, it was Interior Secretary David Bernhardt’s turn to make news here in Nevada. And make news he did, as Bernhardt announced the federal government will launch an early start of its review of the 2007 Interim Guidelines (as in, the 2007 agreement that launched the ICS program to manage the Lower Basin’s water supply).

Soon after his main floor presentation, Bernhardt spoke with reporters about this and other pressing water issues. On his announcement to jump-start review of the Interim Guidelines, Bernhardt said, “We have an opportunity right now. We have the people in place. We might as well build on the success we have here.”

So what can we expect in this review? And for that matter, what kinds of future changes might we expect in federal oversight of the Colorado River? When I asked Bernhardt whether he’d take into account climate science and the changing needs and consumption patterns of the increasingly urban American Southwest, he replied, “I’ve never taken a position of what we need to tell a city or county what they need to do.”

Yet as Bernhardt’s discussion with reporters continued, the conversation occasionally veered into other environmental matters. And when a couple reporters asked about the proposed oil and gas leases on public lands that have run into local opposition, including right here in Nevada, in the Ruby Mountains outside Elko and in parts of Lincoln County that supply drinking water for Mesquite, Bernhardt declared, “The president was clear when he ran for office what his policy is on energy. He supports an ‘all of the above’ approach.” Bernhardt also suggested these leases are required by federal statute, even though the Obama administration took a more cautious and targeted approach toward such fossil fuel extraction on public lands.

What I learned: This s–t matters. (No really, water matters.)

Funny enough, one of my takeaways from my conversation with SNWA’s Colby Pellegrino on Thursday was that regardless of what becomes of the long-fought pipeline plan, SNWA has enough water available to keep the Las Vegas region going for the next 50 years. Also, I noticed that regardless of the Trump administration’s curious comments on climate change and “all of the above” approaches to water infrastructure and fossil fuels, SNWA officials recognize the clear and present danger of climate change, and they’re already acting on it.

And it may not just be SNWA doing this. Even as Trump appointees are skirting around acknowledgement of climate science, fossil fuel pollution, ongoing regional tensions, or the reality of urban and suburban growth in the Colorado River Basin, federal civil servants continue to collect data, analyze trends, and manage the water we all share. We’ll talk more about that next week.

Still, there’s a rather large gap between the rhetoric and overarching policies of the Trump administration and the promises of strong climate action that U.S. Senators Elizabeth Warren (D-Massachusetts) and Bernie Sanders (I-Vermont), former Vice President Joe Biden, and the other 2020 Democratic presidential candidates are providing. And yet, we don’t hear as much about the Colorado River and our fragile water supply as you’d expect considering their environmental and geopolitical importance. Yet no matter how much we ignore it, all we have to do is glimpse at Lake Mead to remember how important it truly is to our very livelihood.

Weekly Escape (But Not Really?): Scenes from the Quarantine

This week’s escape isn’t really an escape, though at times it at least provides some respite. Today, we’re taking a closer look at my own neighborhood and viewing snapshots from a Nevada community in
Read More 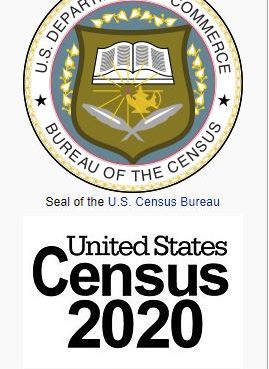 Nevada Mayor: No Golf, No Tennis, No Pickle Ball. Complete The Census Form.

This Is It: Our Final Early Voting Report and 2018 Election Forecast

Last night early voting didn't end with a bang, but with a full atomic blast. Some 13,000 Nevadans cast ballots in Washoe County just yesterday. And in Clark County, over 48,000 Nevadans had cast ball
Read More