For nearly the entire decade, the Clark County Commission has been the ultimate battleground between a “juiced up” developer and local environmentalists as they’ve fought over the future of Southern Nevada’s beloved Red Rock Canyon. Yet while so much of the sound and fury has centered on a specific plot of land near the edge of what’s supposed to be protected federal and state public lands, there’s far more to the issue than just one plot of land near Red Rock Canyon.

Really, what’s at stake is the future of Las Vegas, and whether Southern Nevada can finally figure out a way to grow more sustainably.

Why has Red Rock Canyon become the focal point in the great debate over Las Vegas’ future?

Red Rock Canyon has been a defining natural boundary for the Las Vegas Valley for millennia, and it first attained protected status in 1967. It then became a National Conversation Area (NCA) in 1990, and that protected status was further strengthened with the passage of the Southern Nevada Public Lands Management Act (SNPLMA) in 1998.

In the two decades since, Red Rock Canyon has become a popular outdoor recreation area and tourist attraction, as locals and visitors alike seek an authentic Nevada experience beyond just the glittering casino resorts of the Las Vegas Strip. And for a metropolis that’s exploded to cover the entire valley and house some 2.25 million people year-round, Red Rock serves as a reminder why so many people call Clark County home: our stunning natural beauty, and our wonderfully wild wide open spaces.

At the north end of Red Rock, all sides have generally agreed on this principle, as the Howard Hughes Corporation has gradually agreed over the years to set aside a large enough “buffer zone” to contain the growth of Summerlin and maintain protections for Red Rock. However on the south end, it’s a very different story: Fellow mega-developer Jim Rhodes has been pushing to build a new suburban development atop a former gypsum mine since the early 2000’s. The Nevada Legislature attempted to block such development in 2003, but a subsequent Nevada Supreme Court ruling overturned that statute.

Rhodes then took his case (again) to the Clark County Commission, where he won approval to build 5,025 new homes and additional commercial properties in 2011. If Rhodes succeeds, he will essentially build a new community roughly the size of Boulder City at the foot of Red Rock Canyon. Yet thanks to ongoing litigation and constant public backlash whenever Rhodes and the Clark County Commission attempt to advance either the 2011 plan or something close to it, Rhodes’ Gypsum Canyon proposal has become an eyesore of a political minefield that’s been stuck in legal limbo.

At the heart of this great debate are two unanswered questions: Why is Jim Rhodes demanding new development here, and can Las Vegas truly afford more of this kind of growth?

For decades, the motto that guided so much of the development of the Las Vegas Valley was the saying, “Growth begets growth.” As long as Vegas was growing at breakneck speed, good times were enjoyed by all. And so long as real estate developers kept coming up with new projects that meant “more jobs!”, Nevada’s economy could continue humming along without fear of a crippling recession.

Yet when the Great Recession ravaged Vegas and the entire state a decade ago, we were forced to contend with a couple key inconvenient truths: A larger metropolis requires larger and more sophisticated public infrastructure for long-term survival, and a metropolis built in a desert valley can only sprawl so far with limited land and water resources.

So why is Rhodes still pushing to push the edge of the Las Vegas Metropolitan Area farther and farther out, and why is Southern Nevada Water Authority (SNWA) still claiming that a pipeline to Eastern Nevada is necessary for our survival? While Nevada probably has enough water in Lake Mead to keep Clark County properly hydrated at our current population level, Lake Mead remains near historic lows and the brutal reality of climate change probably means drought will become part of our “new normal”. Amidst this increasingly dry “new normal”, is it truly wise for Southern Nevada leaders to continue to spin this tale of “infinite growth, because growth begets growth” as we rush toward the natural barriers to such uncontrolled growth?

The Clark County Commission (again) delayed its next vote on Rhodes’ proposal. Can we finally use this time to talk about our need to be smarter with our growth?

In the past month, we’ve seen some big changes on the Red Rock front. For one, the local environmentalists at Save Red Rock dropped their lawsuit against Clark County. At the same time the attorney who served as Save Red Rock’s legal counsel, Justin Jones (D), was elected to the Clark County Commission and will succeed outgoing Commissioner Susan Brager (D), a frequent ally of Jim Rhodes. And after surviving a bruising primary that essentially relitigated the Clark County Commission’s role in the Jim Rhodes-Red Rock controversy, Commissioner Steve Sisolak (D) was elected Governor after he made peace with Southern Nevada environmentalists who demanded he use his power to stop runaway development from encroaching upon Red Rock.

Then last night, news broke that Rhodes’ company agreed to delay the County Commission’s hearing on its proposal from today’s meeting to January 23. Not only does this mean that the County Commission who will take up the proposal will have a different composition and new balance of power, but this also means the commission and the larger community have another six weeks to think about the potential consequences of allowing more runaway development in general. Do we truly have enough land, enough water, enough schools, enough health care, and enough of the rest of the public infrastructure that’s necessary to handle another one, two, or three million people living here some 20, 30, 40, and 50 years from now?

“Growth begets growth” may feel good on paper or in a soundbite, but it’s not smart policy or a sound, realistic strategy to prepare for the future. It’s yet to be proven how a new suburban development at the edge of Red Rock Canyon would serve the greater public good, but we do have a growing pile of evidence suggesting that allowing this type of development to continue unchecked indefinitely could cause us real harm. Perhaps we should all spend the next six weeks thinking long and hard about Nevada’s future, and how we can actually make it more sustainable going forward.

Tales from the Coup

America is currently enduring a coup. So far it appears that outgoing President Donald Trump is failing at his coup d’etat, but the fact that this is happening at all and the fact that so many other p
Read More 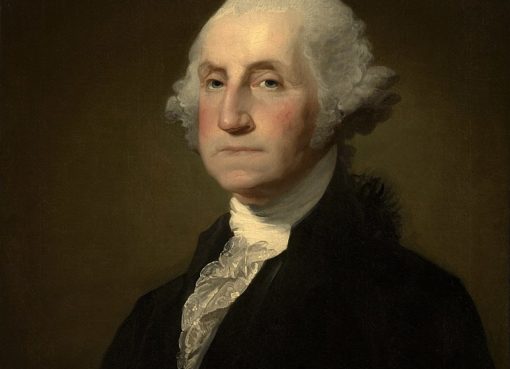 Last night, Parkland survivors joined with local gun violence survivors and student activists from across the nation to hold a town hall at Sierra Vista High School in Southwest Vegas. At this “Road t
Read More