Two months ago, Cecilia Gomez was arrested by ICE agents during an allegedly routine USCIS appointment. Today was originally supposed to be her deportation hearing at Las Vegas immigration court. But instead, Gomez was given the opportunity to return to USCIS to pursue a green card.

How did this case take such a dramatic turn in these last two months, and what happens next? We speak with Gomez and her team on how they were able to defy the odds and keep her family together.

The four minutes Cecilia Gomez has been waiting for

Last week, Cecilia Gomez’s court hearing lasted less than 20 minutes. Today, it only took four minutes… That is, Judge Munish Sharda was finally able to get to Gomez’s case after hearing several other cases that were crammed into his schedule today, cases that involved other immigrants seeking relief in a system that rarely provides any.

Back to the Gomez case, Judge Sharda began the hearing at 9:49 AM. U.S. Department of Homeland Security (DHS) legal counsel agreed to accept that Gomez entered the nation on the tourist visa, and Sharda warned Gomez of what could happen should she commit a crime as he urged her not to do so. On that note Judge Sharda terminated her case without prejudice at 9:53 AM, but also noted that the case will return to his court if USCIS rejects Gomez’s green card application.

“It really makes all the difference that Cecilia entered on a tourist visa.”

After the hearing, I spoke with Gomez and a group of supporters outside the courtroom. Her attorney, Laura Barrera with the UNLV Immigration Clinic, noted that her client’s green card file is right where USCIS left it: “The case still exists. It’s already been filed. They just happen to reopen it.” And considering how the case developed in court, Barrera confidently said, “I don’t see any reason why the green card wouldn’t be granted.”

Barrera then added, “It really makes all the difference that Cecilia entered on a tourist visa.” Why’s that? Before Judge Sharda heard Gomez’s case, he denied administrative closure in two other cases where the defendants’ 601a unlawful presence waivers were denied. But since Barrera convinced DHS and the court to accept the tourist visa as proof that Gomez entered the country with proper screening, that places her less at risk of being caught up in Attorney General Jeff Sessions’ latest effort to accelerate deportations.

As Barrera explained, “Were it not for the visa, she would not have been able to adjust.” She pointed to this difference as she explained why otherwise similar cases tend to have a different ending: “The facts of Cecilia’s case are not special. There are a ton of other people with U.S. citizen family members, [and they] will not be able to adjust because of the policies of the [Trump] administration.”

“It feels like the people making these policy decisions don’t understand how immigration court actually works, as this is what’s going to happen.”

Before Judge Sharda called up Gomez to finish her case, he heard several other immigrants cases. Not only were two of those people denied the administrative closure that would have given them the opportunity to have enough time to seek other legal remedies, but two other people were told to return to court some time in 2020. Though many of these immigrants are also in court due to paperwork problems, including immigrants who have U.S. citizen relatives and immigrants who qualify for certain legal protections, they aren’t as fortunate in having an easy opportunity to fix their paperwork.

Though Attorney General Sessions has claimed his decision to restrict administrative closure will lead to faster resolutions, Barrera pointed to this and other immigration courts with extensive backlogs in noting how his decision is already having the opposite effect: “It feels like the people making these policy decisions don’t understand how immigration court actually works, as this is what’s going to happen.” She continued, “They keep talking about how backlogged the courts are, but this is going to make it much worse. In one day, we saw multiple hearings being scheduled all the way to 2020, hearings that don’t need to be happening if they could just administratively close the cases.”

“If, in reality, terminating Cecilia’s deportation proceedings could happen so very rapidly, then why did she end up […] ten minutes from the border when it was such an easy legal fix?”

As our conversation continued, Arriba Las Vegas Worker’s Center‘s Bliss Requa-Trautz jumped in to ask why ICE rushed to deport Cecilia Gomez in the first place: “[This] shows the truth of the system. If, in reality, terminating Cecilia’s deportation proceedings could happen so very rapidly, then why did she end up in that process, in that moment, in the first place, to end up ten minutes from the border, when it was such an easy legal fix?”

Bliss Requa-Trautz then harkened back to the community uproar over ICE’s arrest, detainment, and abuse of Cecilia Gomez as she noted why that public awareness, and outrage, made all the difference in this case: “It shows the importance of the community stepping up to say, ‘She needs her day in court, in front of a judge. She needs to be with her family.’” Requa-Trautz added, “And it clearly shows that she has the legal right to be here.”

Laura Barrera jumped back into the discussion and offered this closing argument: “This is not that unique of a case. When people hear about this case, they say, ‘This is horrible! How could it be happening?’ This is happening in every city every day.” She went on to say, “ICE [is not] misbehaving in just this one case. They need to be demanding policy changes that can protect all the people […] you’re not hearing about.”

Indeed, just last week, Nevada’s own Senator Catherine Cortez Masto (D) joined national immigrant rights activists and a few other Congressional Democrats to demand the Trump administration back off it’s current program of willfully separating families and subjecting immigrants to inhumane punishment while in ICE’s custody. And with growing outrage over the “missing” 1,500 migrant children and a potential Congressional rebellion over DACA, Congress may yet reopen the immigration reform debate that was seemingly slammed shut in February.

But in the meantime, after her two-month experience on the front lines of President Donald Trump’s anti-immigrant agenda, Cecilia Gomez expressed relief that this journey may finally reach its conclusion soon: “I’m happy now, because I think everything is going good, very good.” As for what comes next, she said, “I’m just waiting for my [permanent residency]. It’s the final state. I just want my normal life again.” 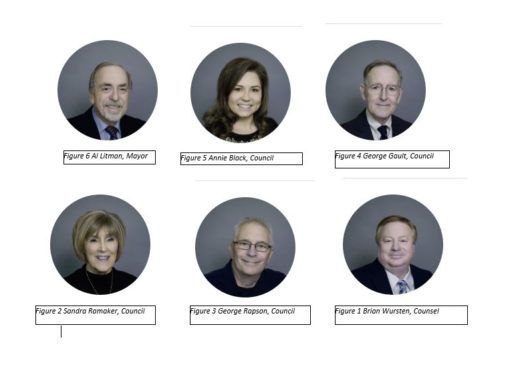 Editor note: As a rule, we do not publish anonymous editorials or opinion pieces. However, this is an essential issue that the public should understand better. We do agree with “Truth Seeker,” statem
Read More

From the Archives: Here’s a Novel Concept – Don’t Blame Any More Victims.

Since the murder of George Floyd, the usual far-right agitators have rushed to claim he deserved to die, just as they did when Trayvon Martin died, when Michael Brown died, and when Eric Garner and Sa
Read More

In the Wake of Highlands Ranch Shooting, We Take a Closer Look at Where the Presidential Candidates Stand on Gun Violence Prevention

Honest to goodness, I was already planning on writing this column today. But when I learned about yesterday’s school shooting in Highlands Ranch, Colorado, I knew that we really need to talk about thi
Read More