Here in Nevada, Cecilia Gomez has been fighting the federal government’s attempt to deport her and break up her family since ICE agents staged a surprise arrest at the USCIS Las Vegas office late in March. Gomez is not alone, as other immigrants have come forward in the 15 months with their own harrowing stories of arrest and abuse at the hands of ICE. And according to U.S. Attorney General Jeff Sessions, we’re likely to see even more of these stories unfold.

Why is this happening? Let’s review the facts of the Gomez case and the implementation of President Donald Trump’s immigration policies as we dig our way to the truth.

How did Cecilia Gomez become a target of ICE?

On March 27, Las Vegas ICE agents acted on a 1998 order of removal when they arrested and attempted to deport Cecilia Gomez. Even though that order of removal was based on Gomez failing to show up for a court date, a missed court date that resulted from a notario never notifying Gomez of that court date, ICE nonetheless sought to punish Gomez for the “crime of illegal entry” and permanently separate her from her children.

In the past 15 months, we’ve seen ICE embark on perhaps the most aggressive deportation program in the postmodern era. Whether it’s ICE arresting crime victims in court, ICE violating its own rules on deporting children, ICE arresting military veterans after Defense Secretary Jim Mattis directing them not to, or even just regular folks showing up for “regular appointments” that are actually ICE sting operations, immigrant communities must now contend with this deportation regime that threatens to remove them from the country they know and love at any time and any place. And according to recent remarks from Attorney General Jeff Sessions, this may only be the beginning.

As he stood near the U.S.-Mexico Border in San Diego, Sessions vowed to prosecute anyone crossing the border undocumented… Anyone, including parents with small children and refugees seeking asylum. He then went on to promise that more families will be torn apart, all to accomplish the Trump administration’s goal of deporting as many immigrants as possible.

In San Diego, Sessions portrayed these immigrants as criminals causing harm to America as he declared, “If you cross this border unlawfully, then we will prosecute you.” But in reality, the U.S. is at least somewhat responsible for these immigrants coming to the U.S. Whether it’s supporting the brutal regimes that refugees are escaping or setting up trade policies that harm Mexican workers, America actually has a heavy hand in displacing the very people who then come to America to seek a better life.

Though Sessions and the rest of the Trump administration love to portray their deportation agenda as an “America First” agenda that cares for American workers over nefarious “globalists” and “criminal gangs”, their ideology leads to a very different set of real-world consequences. Their alleged “crackdown on gang violence” has generally been more effective in endangering victims than making any community safer, and their “pro-worker agenda” has yet to pay any dividends to most American workers (including those who work at Trump’s own properties). And yet, the White House continues to justify deportation of people like Cecilia Gomez, workers who pay taxes, raise children, and avoid criminal activity, by stoking fear and sowing division.

Why are Trump and Sessions really doing this?

So if the Trump-Sessions anti-immigrant crackdown is not really “making America safe again” or “putting Americans back to work”, then what is it truly about? Looking at Cecilia Gomez and her family, it’s incredibly hard to conclude they’re any kind of national security threat or economic burden.

So why is the Trump administration still fighting Gomez in court, and why is the White House promising to target more immigrants like Gomez for arrest and deportation? Is it part of Trump’s political strategy, is it a deflection from Trump’s own legal trouble, is it his attempt to compensate for failure to advance most of his other policy goals, or might it be something else? Perhaps this is Sessions’ attempt to restore Trump’s trust after he recused himself from the Russia investigation, and perhaps there may be something bigger going on here, something that this White House may have been hiding in plain sight the whole damned time.

Whatever the case, this White House continues to fight for the deportation of Cecilia Gomez and millions more aspiring Americans. And in doing so, they continue to force us to ask when, how, and why this “nation of immigrants” feels much less hospitable these days.

On the Water Front: A Conversation with Sandra Ramaker on What Happened to the Virgin Valley Water District

This year, the Virgin Valley Water District (VVWD) has argued in the court of law and the court of public opinion that Wolf Creek Golf Club has been abhorrently unreasonable in refusing to pay a highe
Read More

Bernie Sanders Rallies a 1,200+ Crowd on the Final Day of Early Voting at UNLV

Ever since Iowa and New Hampshire, U.S. Senator Bernie Sanders (I-Vermont) has taken his progressive populist “political revolution” to new heights. Yet at the same time, new challengers have emerged
Read More 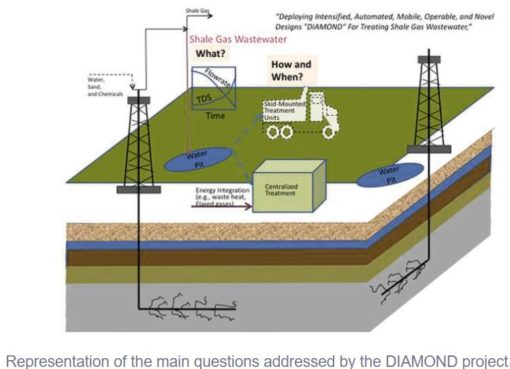 Beneficial Use of Fracking Water Considered

Oil and gas companies are increasingly treating and reusing flow-back water from fracked wells, which, unlike freshwater, is very high in salt, with good results. The practice scales down the amount o
Read More