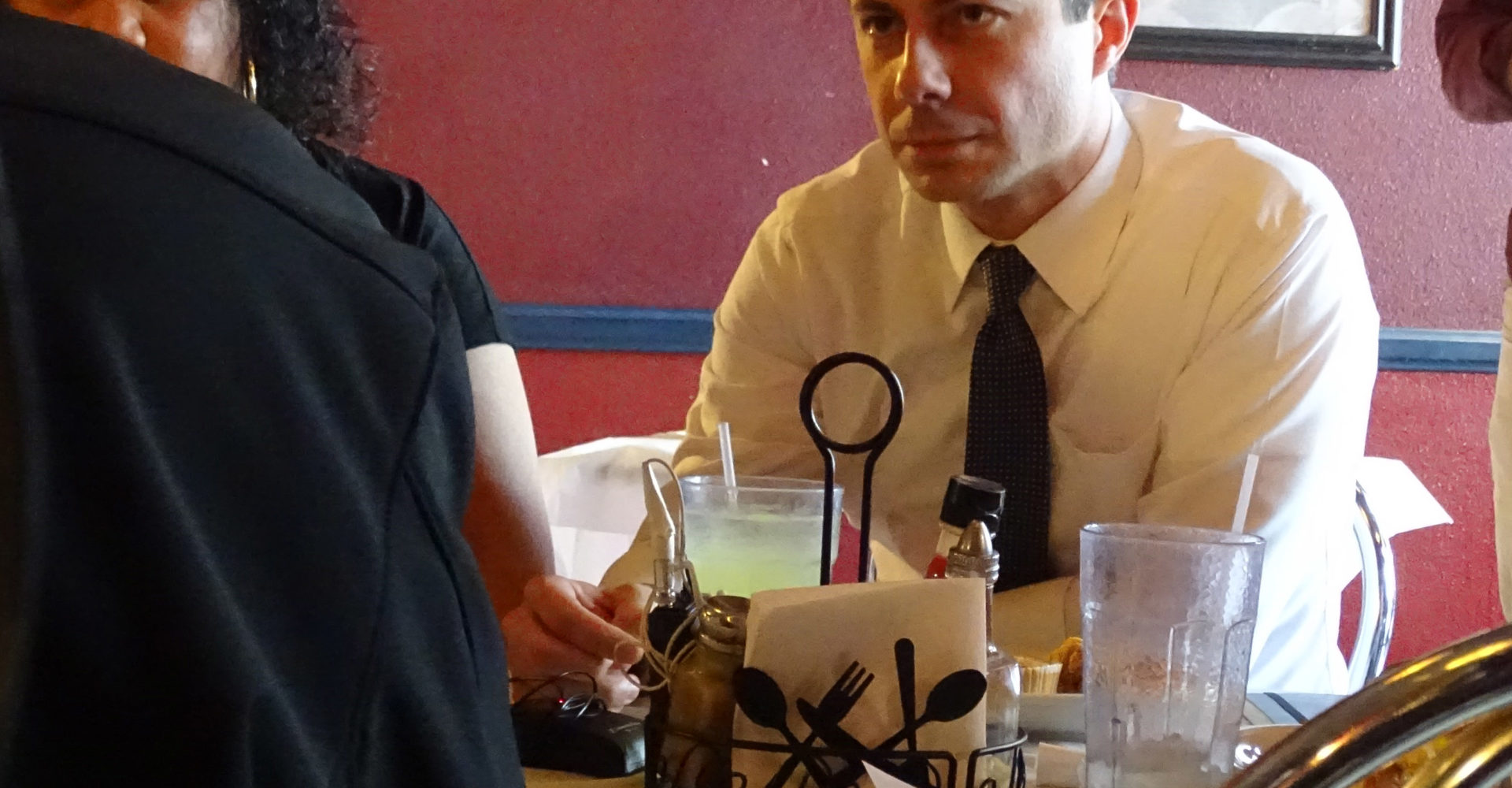 Ten or so representatives of the Black community and members of the news media met over lunch at Ella Ems Soul Food in North Las Vegas. Among other things, they asked Buttigieg about his decisions to demote South Bend’s first black police chief and inquired about the shooting of a black man by a South Bend police officer.

Buttigieg explained that his 2012 decision to demote Police Chief Darryl Boykins, a 30-year veteran of the South Bend department, came in reaction to a federal investigation that eventually found the department improperly recorded police phone calls. In 2015, a federal judge ruled that Boykins’s recordings violated the Federal Wiretap Act.

The Presidential candidate did not dwell on the June 2019 death of Eric Logan, who was shot by Sgt. Ryan O’Neill, a white South Bend police officer. That issue is under investigation by Ripley County Prosecutor Ric Hertel. The investigation is expected to wrap-up in February

Buttigieg reminded those at Ella Ems that 25 % of the South Bend population is black, and the economy is slowly improving.

The Presidential candidate was reminded that black women are three times as likely to die in childbirth and are plagued by racially related health issues. He offered a program of “health equity,” which would focus on treatment training and if needed, food vouchers geared to racially different health issues. He also introduced the idea of diabetic testing in black barbershops and pointed out that every Federal Department must think of health equity. For example, the Department of House should inspect for lead, he said.

Buttigieg fielded questions related to police harassment, white supremacy, white privilege, and Gentrification. He recognized that social injustice exists in America and pledged to deal with that issue not just as a talking point but with actionable policies.

The youthful white mayor’s move to tear down vacant and abandoned houses in South Bend raised questions of gentrification, which is the process of renovating and improving a house or district so that it conforms to middle-class taste. Buttigieg noted that he lives in that community; and, he added that no one was removed from their home during the process.

He recognized that a country is not safe when individuals see a police officer and fear for their safety. He added that such mistrust increases the chance of violence. When it comes to police violence, Buttigieg promised to hold law enforcement accountable for their actions.

White supremacy and white privilege destroy America, and it has zero places in this county, Buttigieg argued. The first mission in dealing with white aggression and privilege is to “do no harm,” he said. He added that the White House has a responsibility to promote equity. But, “It can’t be just a conversation. It requires resolution, and I have the fire and feel the urgency to deal with it,” he said.

When it comes to incarceration, he promised to reduce recidivism by 50% through mandatory minimums and improving clemency power. He promised to look at reducing pretrial incarceration along with restoring voting rights for convicted felons. Incarceration is expenses, he noted, and he pledges to end for-profit prisons.

He joined with other democratic Presidential candidates in promising to get money out of politics and end the influence of billionaires in politics.

He said he supports H.R. 40, to establish a Commission to Study and Develop Reparation Proposals for African Americans.

He told the half-dozen participants and news media that his hometown of South Bend, is 15% Latino and they lost jobs and hope during the last economic downturn. He argued for economic empowerment and improvements in access to federal and private sector financing, including micro-lending for both at-home and brick and mortar minority business activities. 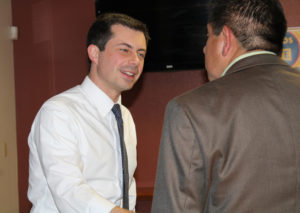 As pledged earlier to the Black participants, Buttigieg argued for improvements in healthcare, and criminal justice reform for Latio’s.

Trump’s treatment of immigrants was a favored topic. Buttigieg mentioned the importance of growth in immigration and the importance of providing pathways to citizenship while also bringing the country together on this and other racially divisive issues.

The day after the meetings, ‘Pete for America released: An Immigration Policy for A New Era.” 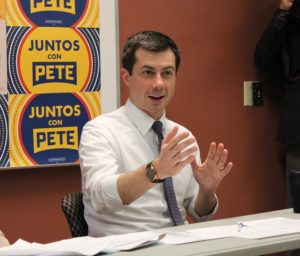 The policy  lays out Buttigieg’s plan to create a modern immigration system that fosters belonging, promotes shared values, engages with the global community, and ensure that the nation remains competitive while protecting all workers.

[i] The ethnonym Latino as used here refer to “a person of Cuban, Mexican, Puerto Rican, South or Central American, or other Spanish culture or origin regardless of race”.

[ii] The term Black is used here since it is more inclusive of the collective experiences of the Black US population.

“It Is Not Carte Blanche”: Judge Sets Limits on Discovery Investigations and Inquiries in Today’s Wolf Creek v. VVWD Hearing

Newswise — EUGENE, ORE. -- May 27, 2021 -- Climate skeptics who aren't persuaded by the existing evidence from climate change are unlikely to change their minds for many years, according to a newly pu
Read More