According to IAP Party officials Bundy’s wife, Carol, and son, Ryan, plan to attend the convention held at the Nugget Casino and Resort.

Las Vegas Federal judge Gloria Navarro dismissed the federal government’s criminal case against Bundy and two of his sons on the basis that the government was guilty of “flagrant misconduct” in the trial. Its conduct was so “outrageous” that “no lesser remedy” than dismissal with prejudice “is sufficient.”

Joel Hansen, chairman of the party with a strong emphasis on state and property rights, says Cliven Bundy’s story is one of “tremendous courage and faith” standing up against federal government “corruption and tyranny.”

The Associated Press reports that about 4.5 percent of the state’s active voters are registered as members of the Independent American Party of Nevada.

Yesterday, the intersectional civil rights activists at Mijente teamed up with NowThis News and UNLV to hold a town hall with Nevada Latinx voters and U.S. Senator Bernie Sanders (I-Vermont). At this
Read More

Now that Iowa and New Hampshire are behind us, it’s our turn to shine on the national political stage. And since Nevada is overall the most diverse of the four early states, it seemed very fitting tha
Read More 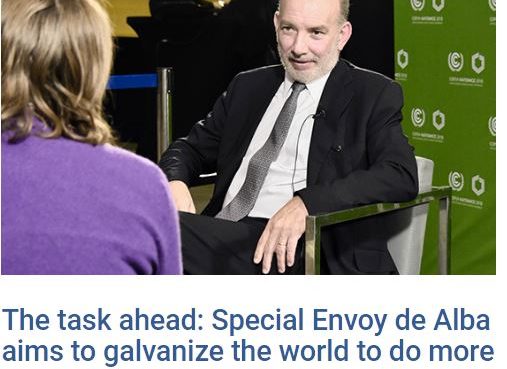 Named the UN Secretary-General’s Special Envoy for the 2019 Climate Action Summit, Luis Alfonso de Alba is working to ensure that the world has the tools, the vision and the political will necessary t
Read More