Turns out he had a sock-puppet after all. But really, that’s not the most relevant point here.

Oddly enough, I occasionally rediscover old blogs from my past online life that still feel very relevant here and now. In light of recent headlines, and because I’m coming off a nasty cold that kept me offline for a few days, let’s take in and reassess this blast from the past.

We’re going back to February 25, 2014, and reexamining then Governor Brian Sandoval’s (R) attempt to clean up the Nevada Republican Party’s act. Stay tuned to see how this fits into today’s hot topics. As usual, I cleaned up some language and fixed broken links.

At least he’s trying. Even as the rest of the Nevada Republican Party drives quickly into Crazytown, Governor Brian Sandoval (R) continues to steer clear of the Sea of “TEA”. And he continues trying to “soften” his party’s image, even as other prominent Nevada Republican politicians continue drinking more hard “TEA” from their 21st Century Know Nothing base.

Today, Governor Sandoval wants to let the world know that he won’t make life easy for 2016 Presidential Candidates campaigning in Nevada if they don’t pledge to turn the proposed Interstate 11 (I-11) Freeway into reality. For years, officials in Nevada and Arizona have discussed a potential freeway linking Reno, Las Vegas, and Phoenix. But when the Great Recession first hit, the proposal started collecting dust. But now, Governor Sandoval wants to use what he sees as his bully pulpit to turn I-11 from a few patches of road improvements into a fully developed multi-lane freeway.

Of course, there’s a problem with Governor Sandoval’s plan to add Southwestern infrastructure to the 2016 campaign narrative. That’s problem just happens to be Sandoval’s own Republican Party. While he’s begging the 2016 Republican contenders to talk about infrastructure, a [then] leading 2016 contender continues to obsess over Former President Bill Clinton‘s sex life during the 1990’s.

Two other leading 2016 Republican contenders [who also happened to be sitting Governors at the time] are bickering over whose scandal looks worse. And they’ll all have to keep up with their far-right base on such important matters as banning abortions because of racial stereotypes, taking seriously a washed up D-List celebrity who keeps his name in the news by making even more outrageous accusations of President Obama, rewriting the history of the Civil War, and espousing long ago discredited theories of “nullifying federal law“.

Unfortunately for Brian Sandoval, the above mentioned “SCANDALS!!!!” full of crazy show far greater appeal to the contemporary Republican base than an interstate highway that millions of Americans in this region might actually put into good use. And since his party long ago decided to ditch sound economics for austerity laced voodoo, that just makes Sandoval’s case to his own party for more federal investment that much tougher.

While a number of Nevada Republicans throw the “RINO” label around when describing Brian Sandoval, we prefer using this label: LINO, or “leader in name only”. Why? Even though certain Republican consultants in DC and media pundits in D.C. and Las Vegas tout Sandoval as a “rising star” and “Republican leader”, he can’t lead his own party out of paper bag. Sure, he’d like to lead them out of a paper bag… But since the contemporary Republican base demands that they stay in the paper bag in order to remain “pure”, they stay in the paper bag.

Try as he might, we doubt Governor Sandoval will go far in his effort to make the Nevada Republican Party seem relevant again. As long as they listen to Sharron Angle‘s siren songs, they’ll keep tuning him out. And as long as national Republican Party leaders keep listening to her siren songs (which are strongly favored by the voters they’re competing for) as well, they’ll also tune him out.

Postscript: Who needs leading when they’re all just lurking?

Back when I wrote this in 2014, Mitt Romney was the Republican Party’s most recent presidential nominee. Now, he’s the junior U.S. Senator from Utah and a constant fly in the White House’s ointment… And on top of that, he’s also been @qaws9876 on Twitter.

Up until this past weekend, Mitt Romney had been going back and forth between renouncing his “Never Trump” pre-2017 past and renouncing his more recent attempts to make peace with President Donald Trump. Then in an interview with The Atlantic‘s McKay Coppins, Romney admitted to setting up a secret Twitter account in 2011 so he could lurk around without anyone suspecting he was watching certain individuals. Since his election to the Senate in 2018 and Trump’s renewed attacks on Romney, he had been using his @qaws9876/”Pierre Delecto” account to pseudonymously defend himself and clap back at Trump.

While some pundits were blown away by Romney’s “secret act of resistance”, it’s important to keep in mind that Romney may soon be a juror at Trump’s impeachment trial, and that up until now Romney was part of a cabal of Republican legislators who were only willing to criticize Trump under the guise of anonymity and with no actual promise of accountability.

Five years ago Brian Sandoval desperately tried to direct the Nevada Republican Party towards a more politically sustainable future, only to be trumped by Trump and his promise to “make America great again” with unbridled xenophobia. Now Romney wants brownie points for publicly criticizing Trump’s character and privately firing back on Twitter. Yet as Trump and his administration continue to commit crimes in plain sight, pundits and “political insiders” are chattering over Romney’s now defunct sock-puppet Twitter account. Romney’s in Congress now, and there are far more effective ways for him to hold Trump accountable than a secret Twitter account. 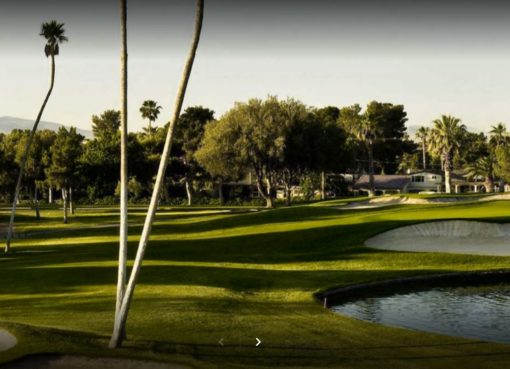 Nevada governor Steve Sisolak has been a proactive governor during the crisis, issuing early stay-at-home orders to protect citizens and require them to remain home. Governor Sisolak issued a stay-at
Read More