In the past two weeks, it’s become clearer that the state and the nation truly did experience a “blue wave” that carried Democrats to victory. So how did the wave form, and where did it begin? There’s been a whole lot of speculation, but now that we’re starting to get some real numbers, let’s dig into the actual results to see how it all happened.

Yes, “the suburban revolt” is real

Take a look at The New York Times’ election map. Notice where all those patches of blue are? For the most part, Democrats’ most spectacular wins happened in suburban districts where President Donald Trump underperformed the traditional Republican baseline in 2016, and where his standing has only diminished further over the past two years.

Nowhere is this “suburban revolt” more startling than in my own ancestral homeland of Orange County, California. As of this morning, Democrats are leading in all the U.S. House seats that cover OC. The last time this occurred was in the 1930’s, long before OC became known as the stronghold of “Richard Nixon, Ronald Reagan, and John Wayne style rugged individualism and strident conservatism”.

And it wasn’t just Orange County shifting from red to blue. Whether it was the old-school Republican bastions in the suburbs west of New York City and Philadelphia, the “old guard and old money” suburbs to the north of Dallas, the formerly “rock-ribbed Republican” suburbs west of Chicago, or the fast-changing suburbs surrounding Denver, Republicans who were generally not considered vulnerable prior to 2018 suddenly lost their seats. While Trump’s last-minute campaign blitz has been credited for Republicans slightly enhancing their Senate majority by consolidating rural support in much redder states, his high-profile advocacy for Republican candidates backfired in the suburbs where he was never very popular to start with.

How did this play in Nevada?

Remember how I kept pointing out Republican underperformance in Washoe County, particularly in the western and southern Reno suburbs, as we tracked the early voting numbers? That underperformance held all the way to the very end, as Republicans finished the election with a mere 1.79%, which is slightly lower than their 1.92% voter registration lead. Not only were Democrats successful in turning out their base in Reno’s urban core, but they also succeeded in narrowing the gap in the former Republican strongholds in the suburbs that are increasingly looking swingy.

In #NVSen race last week, @RosenforNevada won by carrying 3 of the state's 4 Cong. Districts. Sen. Heller carried his home #NV02 by 11, but it wasn't enough. Rosen represents the swingy #NV03; she won it by about 4.5%. Thanks to @SenhorRaposa for helping me calculate this! #nvleg pic.twitter.com/43z4SKrwrP

Like the suburbs to the west and south of Downtown Reno, NV-03 contains most of the Las Vegas area suburbs that have higher concentrations of college-educated voters. In addition, some pockets of NV-03 (such as the Southwest Vegas neighborhoods west of I-15 and south of I-215) are rapidly diversifying with an influx of Latinx and Asian-American and Pacific Islander (AAPI) residents. And while Rosen won by an impressive 4.4%, Susie Lee (D) will succeed Rosen in NV-03 thanks to her even more impressive 9.1% win over perennial candidate Danny Tarkanian (R). In addition, Democrats will be expanding their majorities in the Legislature thanks to big margin shifts in the very Las Vegas suburbs that mostly overlap with NV-03.

So what does this “suburban shift” really mean?

Normally, NV-03 tends to hew somewhat to the right of Nevada as a whole. But this year, Rosen’s 4.4% win in the district was only slightly below her 5.0% victory statewide. Is this just Rosen running up the score in her own home turf, or is this a temporary reaction to Trump, or might this be a sign of a larger realignment?

Stay tuned, as we’ll soon dive deeper into the Nevada election results to obtain answers to these and more questions. And in the meantime, let’s give thanks to the fact that this election season is over… And perhaps, that it won’t be much longer before the next one kicks into full gear.

Is This Really an Emergency? What We Need to Know About Trump’s Declaration, and What He’s Really Declaring Here 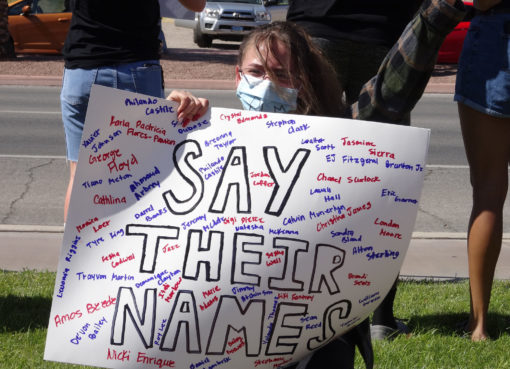