On that future, Sanders told the crowd, “We are putting together a multi-generational and multi-racial movement of millions! […] When we stand together, they ain’t going to stop us!”

“We need an economy and a government that works for all of us, not just the 1%. I believe in democracy: one person, one vote. I do not believe in oligarchy where billionaires buy votes.”

As I noted yesterday, Bernie Sanders appears to be the clear favorite going into tomorrow’s final round of the Nevada Democratic Caucus. And as I and others have been noting this week, the hot competition now appears to be among former Vice President Joe Biden, Senator Elizabeth Warren (D-Massachusetts), former South Bend (Indiana) Mayor Pete Buttigieg, and maybe Senator Amy Klobuchar (D-Minnesota) and billionaire philanthropist Tom Steyer for second and third place showings that might keep their respective campaigns alive in South Carolina and the later states.

Speaking to a packed lawn at Springs Preserve in Las Vegas, Sanders couldn’t provide a clearer contrast to President Donald Trump, who spoke just a few miles from here earlier today. Whereas Trump boasted of his wealth and power, Sanders proclaimed, “We need an economy and a government that works for all of us, not just the 1%. I believe in democracy: one person, one vote. I do not believe in oligarchy where billionaires buy votes.”

On Thursday, Elizabeth Warren continued her evisceration of former New York City Mayor Michael Bloomberg’s campaign that began at Wednesday’s MSNBC/Nevada Independent Debate. At her campaign office in North Las Vegas, Warren told reporters, “Mayor Bloomberg thinks he can buy this election. He’s dumped $400 million into it so far and skipped the democracy part of it, shaking hands, meeting people, and learning about their issues.”

At his rally at Springs Preserve, Sanders made his own case against Bloomberg: “Michael Bloomberg certainly has the right to run for office. He does not have the right to buy his way into office!” He continued, “What the American people want is to end this status quo of billionaires controlling the process.”

And he didn’t stop there. While Sanders didn’t name Buttigieg, Klobuchar, or Biden, he indicated he doesn’t see them much better than Bloomberg. According to Sanders, “We’re going to win this election because we don’t need a Super PAC. We don’t go to billionaires’ homes to raise money. We have raised more money in campaign contributions from more people than any other campaign in this country.”

“Men in this country have got to stand with the women!”

As he’s already done at previous rallies, Sanders hit hard on his typical “hot button” issues, like a $15 per hour national minimum wage, “Medicare for All” single-payer health care, and his “Green New Deal” climate action plan. In addition, he addressed the need for racial and economic justice in public education, and he continued to make the case for his newer and more progressive stances on immigrant rights and gun violence prevention.

And perhaps to answer the critics who voiced concern over his commitment to women’s reproductive rights, he said of “limited government” politicians who seek to limit abortion access, “I say to those hypocrites, if you believe in getting the government off the backs of the American people, understand it is the women who have the right to control their bodies, not the American government.” He continued, “Men in this country have got to stand with the women!”

Again, this came hot on the heels of “limited government conservatives” Donald Trump and Mike Pence attacking all the Democratic presidential candidates for voicing support for keeping abortion safe and legal. Of course, this also came after several days’ worth of awkward headlines resulting from a small clique of “BernieBros” attacking the women-majority Culinary Union for criticizing Sanders’ “Medicare for All” proposal.

As Sanders appears to be on the verge of a breakthrough victory here in Nevada, he took a moment to relish his newly minted frontrunner status. On his opponents within the Democratic Party, Sanders chortled, “As you may have noticed lately, the establishment is getting a little bit nervous.”

On the “Never Bernie” forces who are trying to figure out how to stop him from winning the Democratic nomination, Sanders exclaimed, “Oh my goodness, we are putting together a multi-generational and multi-racial movement of millions! They’re getting nervous. But you know what? When we stand together, they ain’t going to stop us!”

Anyone who’s been following Sanders’ presidential ambitions since the early days of 2014 and 2015 knows that he hasn’t always been on top, and that it hasn’t been an easy journey to the top for him. But now that he appears to be rising to new heights, he’s out to convince us that he remembers where he came from, he remembers those who’ve helped him get this far, and he wants something good to come out of this victory that’s suddenly within reach. Tomorrow, we’ll have a better sense of how many Nevadans he’s convinced of all this. 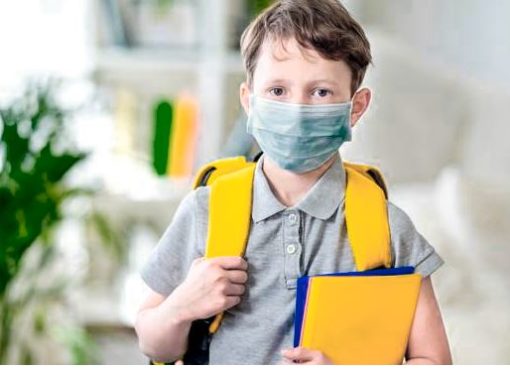 The Centers for Disease Control and Prevention recommends that everyone over the age of 2 wear a mask while in public to slow the spread of COVID-19. Some schools will recommend or require masks a
Read More

Over the weekend, we recounted the 2016 caucus fracas that still seems to haunt some Nevadans to this day. Today, the Nevada State Democratic Party (NSDP) sought to turn the page on the 2016 drama wit
Read More 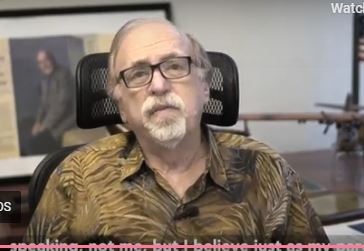