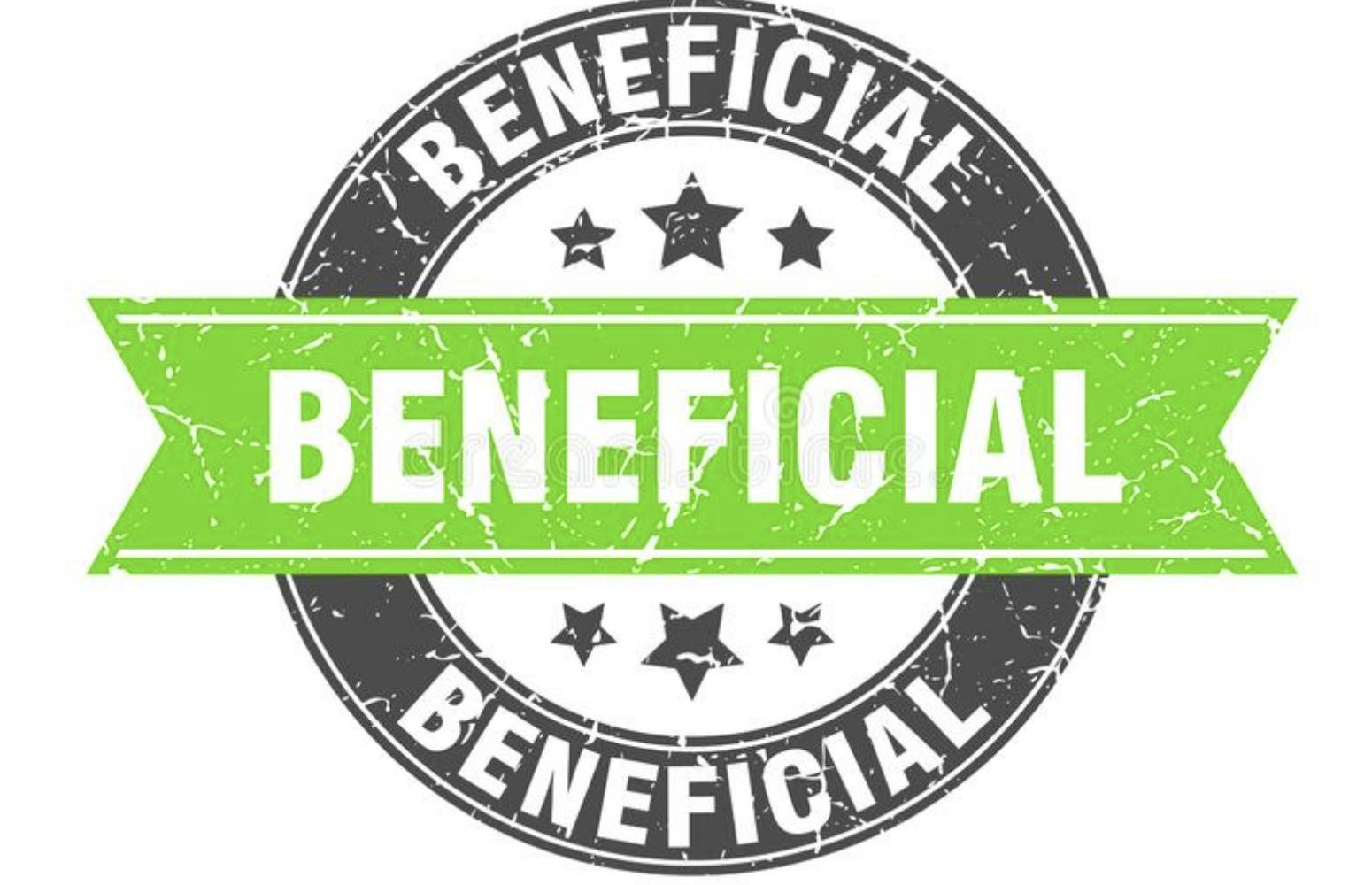 The latest in the three-year-old civil case filed by the owner’s Paradise Canyon (DBA The Wolf Creek Golf Club) against the Virgin Valley Water District (VVWD) deals with the issue of beneficial use.

Under Nevada state law, all water sources belong to the public [i], and beneficial use refers to public use of water. That means that any public water used beneficially is for the benefit of the public. [ii]

This case involves 155 Virgin River water shares contracted by the Virgin Valley Water Board (VVWB) to the owners of Paradise Canyon to irrigate their Wolf Creek Golf Club, located in Mesquite, NV.

All water shares are stocks. The Mesquite Irrigation Company (MIC) administers publicly owned stock-shares under statutes administered by the Nevada Division of Water Resources and as determined in the Clark County District Court as the 1927 Virgin River Decree.

Before forming the VVWD, shareholders in MIC and the Bunkerville Irrigation Company (BIC) [iii] put Virgin River water allocated to them under the 1927 Decree to beneficial use through irrigation and livestock watering.

By the time Mesquite was incorporated in 1984, farming and livestock operations gave way to gaming, golf, and businesses supporting retirees. That social and economic evolution reduced the demand for publically owned, shareholder-acquired, highly polluted river water to virtually zero.

In 1993, the Nevada legislature created the VVWD as a function of the state solely to deliver “cleaner” underground water for the beneficial use of Mesquite-Bunkerville area ratepayers. That legislation also allowed river water shareholders a “legitimate” to redistribute public funds to shareholders to acquire publically owned river water no longer needed for its original purposes.

To justify the spending, the water board claims that beginning in 2035 and continuing to 2061; they will pay $60 million in capital expenses [vii] [viii] to clean the river water and convert it to the beneficial use of the ratepayers.

In the meantime, the water board leased shares for irrigation to Bunk Farm (Brian D. Haviland and Robert Bunker) and The Conestoga, Mesquite Gaming, and Wolf Creek golf courses for a local “market” rate of $250 per share.

Adjusting to drought conditions, on December 13, 2007, the Secretary of the Department of Interior (DoI) adopted the Colorado River Interim Guidelines. Those guidelines created the Intentionally Created Surplus (ICS) program. This program allows the Southern Nevada Water Authority (SNWA) to “gift” public dollars to Virgin and Muddy River stock-shareholders if they “intentionally” abandon their local water use efforts.

On paper, the abandonment of local watering efforts frees mathematically determined amounts of “surplus water” to flow freely into Lake Meade. Once in the Lake, the theory goes, the SNWA could draw an equal amount (minus deductions for environmental loss), clean it, and distribute the amount to serve its Las Vegas Metropolitan customers.

The ICS program allowed the VVWB to create a second so-called “market” for river water. It is doubtful that SNWA would pay an average of $17,895.41 or even a median price of $8,171.00 for MIC shares. So, the water board began leasing shares to their secondary market, the SNWA, for domestic water conversion from $1,203 to $1,512.50 per share.

During a deposition, in this case, Ms. Colby Nicole Pellegrino, SNWA Director of Water Resources, addressed river water pricing. Paradise Canyon attorney Jeff Sylvester asked about a contract provision with the water district that gave SNWA the right of first refusal if some third party wished to use the water. She said:

“My opinion that means that water shareowners can jack the price of their virtually useless shares up for SNWA to match a higher bid price because they need to convert the water to underground use.” Here she was referring to the contention that the water board plans to convert river water to domestic use [between 2035-2061].

Because they thought they could, the VVWB ignored the difference between leasing polluted river water for irrigation and leasing water to SNWA for conversion to domestic use. They told the owners of Paradise Canyon and other irrigators that irrigation prices would increase from $250 per share to the $1,246 [i] rate, now reduced to $1,115.00 per share.

In reaction, attorneys for the owners of Paradise Canyon went to court arguing that there are two rates; one for irrigation and one for river water conversion. And a 500 % increase in irrigation water rates violates the covenant and good faith and fair dealing standards in contract law.

To counter the claim, and recast the pricing issue, attorney Jedediah (Bo) Bingham, for the VVWD, launched a series of costly motions charging the golf course owners with numerous contract violations. To date, he has lost all previous contentions.

Recently, Bingham spent 5 to 6 hours presenting 296 slides arguing before Judge Timothy Williams that the golf course owners failed to consent to beneficially using their irrigation shares. Thus, he argues, they violated their contract with the water board.

Sylvester for Paradise Canyon told the Judge that the contract and other correspondence between the parties lacked any beneficial use consent requirement. He asked the Judge rhetorically, “why are we here?” He answered his question, saying that it is part of their (the water boards) blitzkrieg to take back irrigation water and lease it to SNWA.

Sylvester told the Judge that the district has no role in declaring beneficial. MIC must demonstrate beneficial use under an agreement with SNWA as required by the Nevada State Division of Water Conservation.

Sylvester points to testimony from Kraig Hafen, the MIC water master, putting the total amount of river water requiring beneficial use declarations from users at 12,009 of AFY [1,673 shares] [ix]. This requirement wasn’t easy. Therefore, Sylvester says MIC has an extension to show beneficial use until December 20, 2022.

At best, Paradise Canyons shares are a mere 9 % of the total. [x] Yet Bingham argues his contention that the owners of Paradise Canyon endangered MIC’s entire holdings by failing to consent to the beneficial use of their shares.

According to Sylvester, the lease with the water district does not require the golf club owners to consent to beneficial use. He added that we spend our clients’ money understanding beneficial use and its conditions to learn that no requirement exists.

The Virgin Valley Water Board used threats of canceling an irrigation lease and attorney innuendoes which forced the owners of Paradise Canyon into expensive court litigation.

A responsible attorney would have cautioned the water board to avoid litigation and declare two beneficial water rates as the previous board had. They should have one rate for local use of highly polluted irrigation water and a second rate for water taken by SNWA for conversion to domestic use. Further, since the water in question is a public resource, the beneficial use price should be no more than the cost to divert it for beneficial use; without private sector profiteering.

Further, an attorney with the slightest understanding of Nevada’s constitution and water litigation would have avoided like the plague introducing to the public through litigation the issue of using public funding to create questionable “market rates” on a publically owned resource (water).

The attorneys for Paradise Canyon have yet, and may not, deal with the constitutionality of publicly owned water share marketing. The water shares held by the Mesquite Irrigation Company and the Bunkerville Irrigation Company are stocks. And Article 8, Section 9 of the Nevada Constitution, known as the “gift clause.” That article states:  “The State shall not donate or loan money, or its credit, subscribe to or be, interested in the Stock of any company, association, or corporation, except corporations formed for educational or charitable purposes.”

Paradise Canyon attorneys have correctly introduced the covenant and good faith and fair dealing standards in contract law. This argument counters Bingham’s assertion that the water board can set a price without consequences.

Yet the Paradise Canyon attorneys have yet, and they may not, introduced a recent Nevada Suprement court ruling regarding public water that ties together the public trust doctrine and the “Gift Clause.”

On September 17, the Nevada Supreme Court ruled after oral arguments in the Walker Case” that the public trust doctrine is embedded in current water law In principle,” The Justices said, “the state [The VVWB] acts only as a fiduciary for the public when disposing of the public’s valuable property.” [T]he public trust doctrine, like the gift clause, requires the state to serve as trustee for public resources,” the Justices said.

Equally important, maybe more so, is the court said that the public trust doctrine in public water law disallows the relocation of adjudicated water rights for anything other than its intended purpose. That brings into focus the reallocation of locally allocated water to serve the people of Las Vegas.

The fundamental question of using public funds for private-sector gain and reallocating public water for another beneficial use (Las Vegas) raises jurisdiction responsibility in adjudicating the issues.

Arguably the Clark County District Court settled the jurisdictional responsibility issue in 1927. It was Judge William E. Orr, who in 1927 granted Virgin River water rights to shareholders for irrigation in a particular area of Clark County. And, under that ruling, the Judge said:

“In case of future disagreement over the distribution of water allocated to the appropriators of water users on the Virgin River, there shall be appointed, in conformity with existing provisions of law, a Water Commission, or Commissioners, to ensure the proper enforcement of the terms of this Decree.”

I raise these issues here not because this current and expensive litigation will resolve them. Ultimately, such problems, driven by elected officials putting profiteering ahead of the public interest, will take more litigation and more expenses to settle.

As always, it remains the responsibility of the public to ensure that elected officials and their appointees act responsibly to ensure that, like this case, a public resource (water) is allocated to the publics’ benefit at a cost not to exceed the amount in delivering that resource. A failure to meet that responsibility is why this litigation exists.

[i] Water of all sources of water supply within the boundaries of the State whether above or beneath the surface of the ground, belongs to the public. 533.005 Definitions. 533.007

[ii]  All water may be appropriated for beneficial use as provided in Chapters 533 and 534 of the Nevada Revised Statutes (referred hereafter as NRS). Irrigation, mining, recreation, commercial/industrial and municipal uses are examples of beneficial uses, among others.

[iv] Article 8, Section 9 of the Nevada Constitution, known as the gift clause. That article states:  “The State shall not donate or loan money, or its credit, subscribe to or be, interested in the Stock of any company, association, or corporation, except corporations formed for educational or charitable purposes.”

[vi] And stockholders in BIC.

[viii] The water board does not report on the personnel, and operating costs associated with such conversions. 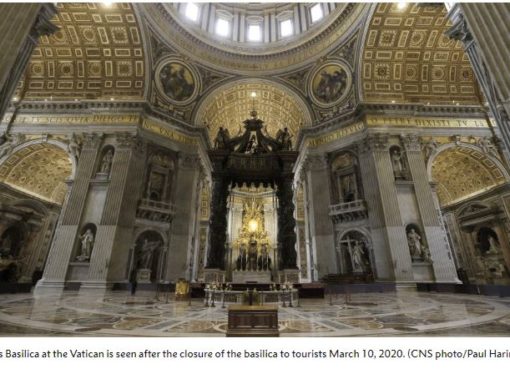 Editors note:  The selection of the Pop's approach to Holy Week during the Pandemic was selected to represent a well-considered approach to religious worship during this global pandemic. Nothing in th
Read More

Governor Steve Sisolak (D) issued no new directives or orders during his COVID-19 press conference earlier this evening. However, Sisolak indicated that he may finally take further action if Nevada’s
Read More